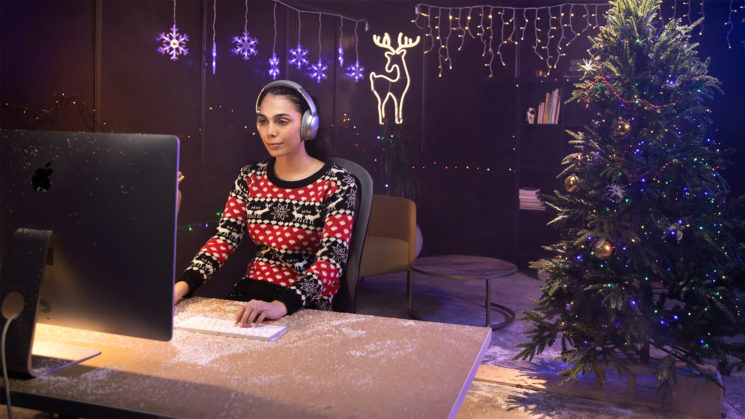 Where I am in the UK, each year, there’s a big battle between the supermarkets over who makes the best Christmas ads. Much of the population waits for them to appear in order to praise or criticise. It’s a bit like the Superbowl commercials in the USA. But UK supermarkets aren’t the only ones making great adverts at Christmas.

Although Christmas may seem like a distant memory for many of us now, Artlist has just allowed us to go behind the scenes on how they made their Christmas 2018 commercial. It took a very talented group of people, a lot of ingenuity, and a whole bunch of passion to bring the vision to life.

First, let’s take a look at the commercial itself, used to promote Artlist’s selection of exclusive Christmas music. Artlist’s goal with the video was to show the Christmas spirit and feeling that music can bring to us when we hear it.

Turning feelings and emotions into a visual form is often very challenging. And this video is no exception. Even though the commercial is only 20 seconds long, it took a whole lot of planning and preparation to pull it off, as you can see in the behind the scenes video.

The shoot begins with a completely custom built set. You can’t just walk into your average room and shoot something like this. You have to build the room yourself so that you can tailor it to your needs. And that’s exactly what Artlist did. They decided to go with a 2-wall set in a large open space. This allows plenty of room for the elements that would appear to be hidden off-camera until it was their time to shine. 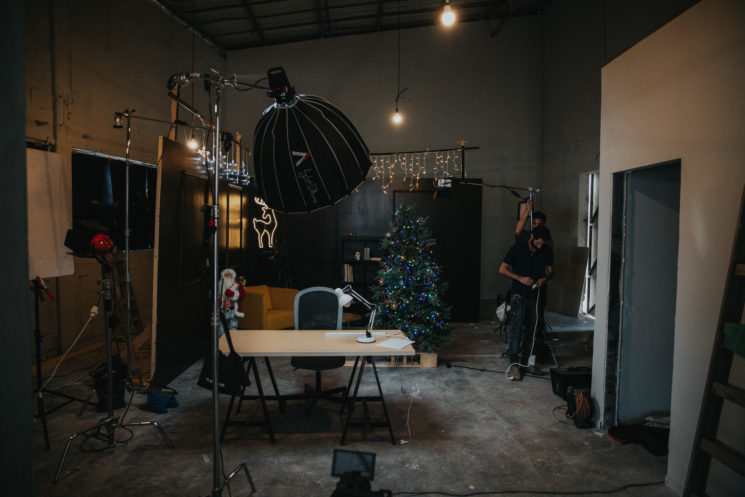 Those elements included a Christmas tree, a Santa Clause doll, some fairy lights and a lot of fake snow – all of which were bought from high street Christmas shops. Each had to pop into the frame in a very specific way, so rigs were built for them in order to make this happen.

The tree and Santa were on hinged boards that were raised by crew just below the camera’s view, while the fairy lights were lowered down from above. Even the clothes the actress is wearing were custom made by a special effects studio so that they could be pulled apart right on cue. This was done with string tied to a pair of broom sticks either side of the actress with two people pulling from each side. To enhance the transition, Fresnel lights were placed above the tree and Santa, which came on as they popped up.

All of the rigs were tested the day before to make sure everything was working as intended. I don’t know how many takes it took to time everything just perfectly for the final film, but I imagine resetting the scene for each one was a bit of a chore. 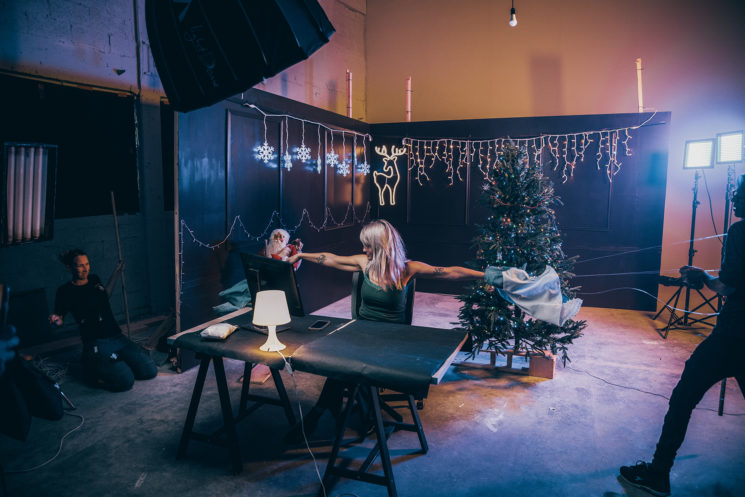 To shoot everything, the team used the RED Raven, along with Sigma 18-35mm f/1.8 and 50-100mm f/1.8 Art series lenses. The simulated moonlight entering the room was created using the new Westcott Flex Cine RGBW Lights and it’s a convincing look against the warmth of the desk lamp. 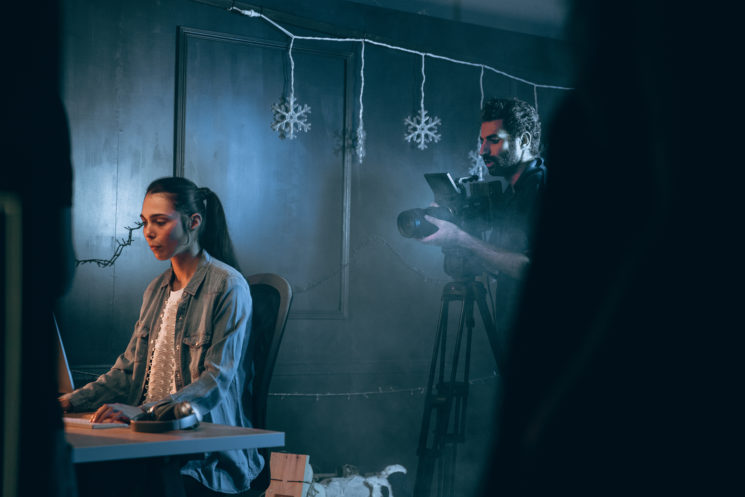 The key light on the actress was the Aputure 120D inside a Light Dome, which gives a nice soft light, especially when it’s placed close to the subject to maximise light falloff and add contrast between the background. An Arri SkyPanel created the general warm light in the room, and the transition from cool to warm was quite simple for these. No fancy electronic controllers, just a big black sheet of foamcore.

In total, 13 people were operating the set at the same time in order to create the final result, and that doesn’t include the actress reacting to the craziness going on around her.

When it comes to editing and post-production, the two main applications used were Adobe Premiere Pro and After Effects. The edit was quite simple, aided by how the sequence was shot. They were able to cut the scene together on action to complete the illusion. This software allowed them to easily mask out the reindeer on the wall behind the actress, too – did you spot that bit? I didn’t until they told me, and then I had to go back and watch it again. 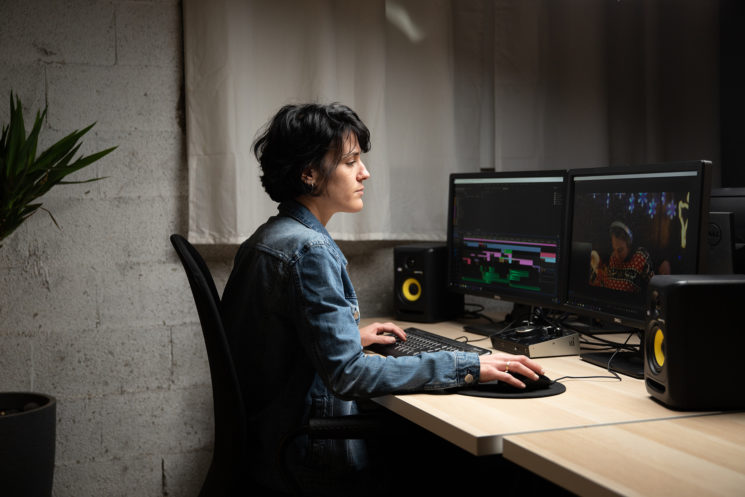 The final colour grade was created using DaVinci Resolve. This allowed them to add some warm and cool tones to different shots to increase the contrast between the two worlds.

As Artlist is a music site, the music and sound design played a large part in the final feel of the film. Various swooshes and sound effects were added to help enhance the items flying in and out of shot, and the music was altered as the headphones were taken off and put back on to simulate how real headphones sound when you remove them.

It’s a whole lot of time, effort and patience to create what ends up being just a 20-second video, but the final result is well worth it. When you get to see behind the scenes for productions like this one from Artlist, you can start to understand why movies require crew in the hundreds and can take a year or two (or more) to complete.