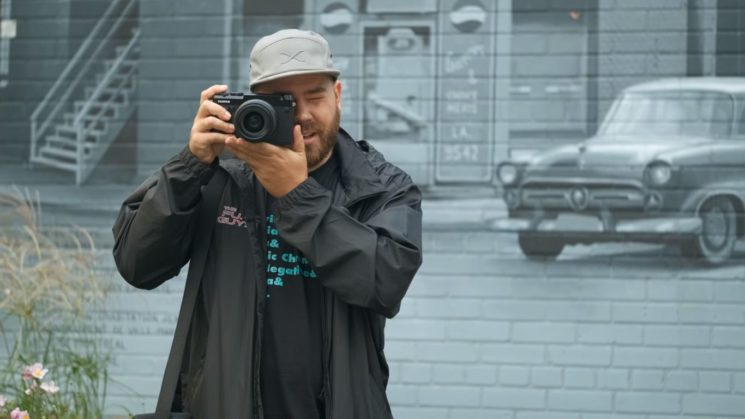 The Fujifilm GFX 50R was rumored for a while, and ahead of Photokina 2018, it was finally officially announced. Now that we know the specs, he price and the availability of the camera, a few hands-on looks have arrived as well to show us what the camera is like in action. Here’s the summary of the hands-on videos we’ve found so far.

The GFX 50R is a rangefinder style mirrorless medium format camera. It’s about 150g (0.33 lbs) lighter than the GFX 50S, and it’s also more affordable. Or should I say, less expensive?

It features a 51.4MP 43.8 x 32.9mm CMOS sensor, dual SD card slots, and a two-way tilting LCD touchscreen. It’s also weather-sealed, so it allows you to shoot even when the weather conditions are not exactly ideal.

In his hands-on first look, Francis of the Fuji Guys points out that the GFX 50R has 425 AF points which are contrast-detection, and you can choose between six different sizes of them. The EVF is large and detailed, which makes it easy to compose your shots.

Francis also goes through the build and the dials and buttons of the GFX 50R. Apparently, it will be handy even for those who are used to using a DSLR. You can also remotely control the camera through your smartphone.

Take a look at Francis’ video to hear more impressions and see some sample images.

Dave of imagingresource also got his hands on the GFX 50R. In his video, you can see how the new camera compares to the GFX 50S. He compares the size of the cameras, as well as the controls and features they have.

The guys over at DPReview  did the hands-on look of the Fujifilm GFX 50R, too. As always, they tested it both for photography and for the video, and you can see their impressions below.

These were the hands-on impressions we have found so far. But as always, if any more of them emerge, we’ll update the article and keep you posted.