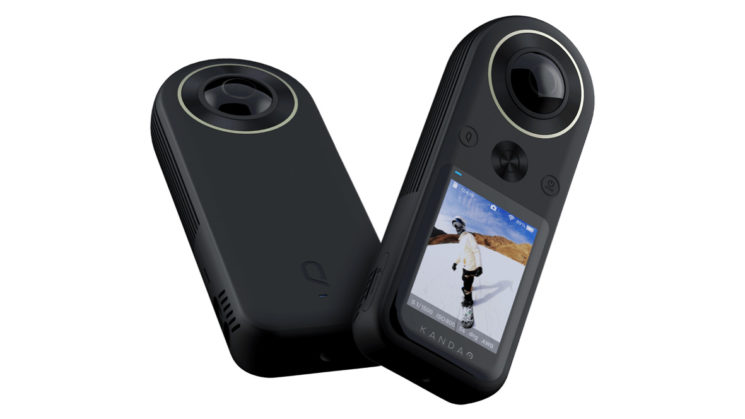 You might remember the Qoocam for that funny looking twisting 4K 360° camera which also shoots 3D 180° footage. While the QooCam 8K doesn’t offer the same dual purpose, it’s a pretty small camera considering it shoots 8K. It does it with only two lenses, too, instead of the usual 4 or more. It’s also capable of shooting 30-megapixel 12-Bit RAW stills, too.

Probably even more impressive that they’ve managed to pack an 8K 360° camera down to this size is that it also features an LCD display, which takes up half of one side, for viewing back your footage. Most pocket 360° cameras until now have had a fairly small OLED, just to show settings, and if you want to view the footage, you have to fire up your phone.

The overall specs for the camera look quite impressive…

The built-in storage, expandable by microSD as well as the microphone socket make this a camera that definitely appears to be geared towards fairly serious content creators. The Qoocam 8K contains a 6 axis gyro and IMU which provides for their patented SuperSteady stabilisation protocol. The example shown on the QooCam 8K website does look very good, although I’m curious to see how this would hold up side-by-side against Insta360’s FlowState stabilisation, which has proven itself to work extremely well. 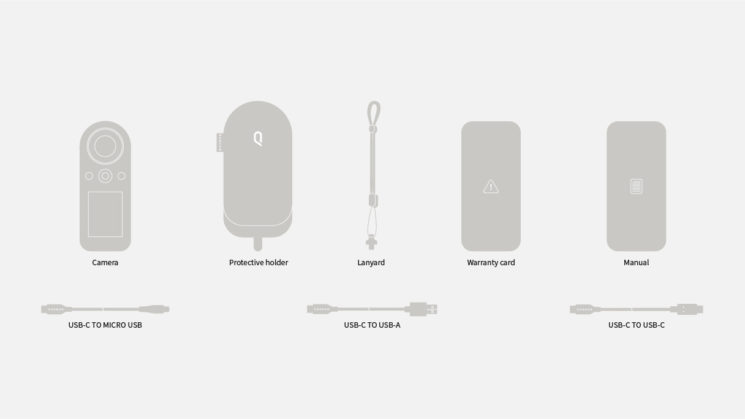 8K might still often be ridiculed as overkill for a resolution to shoot regular flat footage, but for 360° footage, I don’t think you can have too much resolution, and 5.7K seems to be the acceptable minimum, with 8K being an ideal starting point. When you’re watching 360° footage back, you’re only seeing a small slice of it, so that 8K resolution drops down very quickly with a narrow field of view.

The QooCam 8K, as with most other 360° cameras these days, offers live streaming support to platforms like Facebook and YouTube. The external microphone input is a big bonus to a 360° camera for something like this. It means you can use something like a wireless lav and wander around your scene without having to worry about where the camera’s built-in microphones are in relation to your mouth.

The only thing that frustrates me slightly is the built-in battery. One of the big advantages of the Insta360 ONE X is that it has a removable battery. So, you can have four or five of them charged up in the back and ready to go at a moment’s notice. A built-in battery means that when it dies, you have to stop what you’re doing and wait for it to charge up again before you can use it, assuming you’re doing something actiony. If you’re live streaming, or it’s just set up at a static point, presumably you can still use it while it’s charging up over the Type-C USB socket, but I haven’t seen confirmation of that.

Apps are available for the QooCam 8K for both Android and iOS. The camera itself is available to pre-order now for $589 (£529 in the UK) and begins shipping in December. You can find out more about it on the Kandao website.

« Two teens responsible for killing photographer to be tried as adults, could be sentenced to life
Instagram to start testing hidden likes in the USA this week »