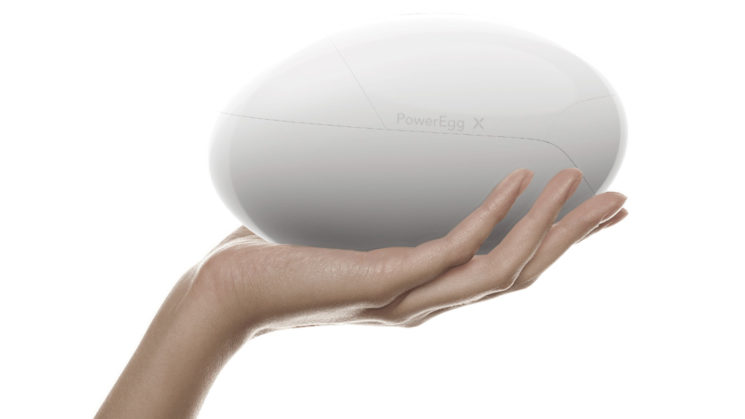 Way back in 2016 at Photokina we saw one of the craziest looking drones we’ve ever seen. It looked like a giant egg – hence the name PowerEgg. Created by PowerVision, it offered a very unique design, but it didn’t seem to really take off (pun unintended). It looked like a great performer, but it was beaten out on convenience by the then-tiny Mavic Pro.

Now, PowerVision is back, with the PowerEggX. It’s a follow-up to the original, and comes in two different models. There’s the Explorer and the Wizard, with the latter designed to film in the rain, thanks to a waterproof housing, and with the included floats, you can even take off from or land the drone on water. Both shoot 4K 60fps video with a 3-axis gimbal, with a heavy emphasis on AI tracking.

While the original PowerEgg was pretty interesting, it was huge. Not too dissimilar to an American football. The one one, however appears to be significantly smaller and lighter. The original was almost 11″ long (272mm) and weighed a whopping 4.6lbs (2.1kg). The new PowerEgg X is only 6.5″ (165mm) long and has a takeoff weight of a relatively slim 862g (1.9lb). That’s actually about 40g lighter than DJI’s Mavic 2 Pro.

The folding mechanism for the PowerEgg X has also changed over its predecessor. No longer does it look quite like an alien mothership in vertical form. Now you attach arms and propellers to the sides of it, looking more like a traditional drone. But it’s not just a drone, it can also be used as a handheld stabilised camera without having to buy or 3D print any extra accessories. 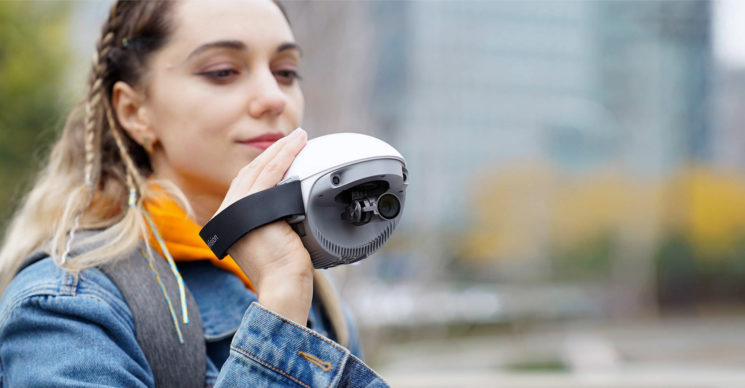 I’m not entirely sure what she’s looking at in this shot, though, as the PowerEgg X doesn’t have a built-in LCD to let you see what it’s filming. Regardless, when handheld it goes into “AI Camera Mode”, using multi-angle facial recognition and “deep learning technologies” to create and maintain a pleasing composition. It even remembers the subject if they leave and re-enter the shot. And PowerVision says it works indoors or out with either slow or fast-moving subjects. It would be interesting to put this to the test to see just how well it holds up.

Attaching the arms puts the PowerEgg X into “Drone Mode”. Here it can shoot 4K 60fps video and fly in winds up to 18-24mph. You can get a realtime 1080p stream from the camera to your smartphone, which is placed in the included remote control unit from up to 3.7 miles away (although, bear in mind various “line of sight” laws around the world). It detects obstacles from up to 65 feet (~20 metres) away, which helps to protect the drone itself as well as nearby people (which you shouldn’t be flying near anyway in most of the world unless they’re involved in the flight). 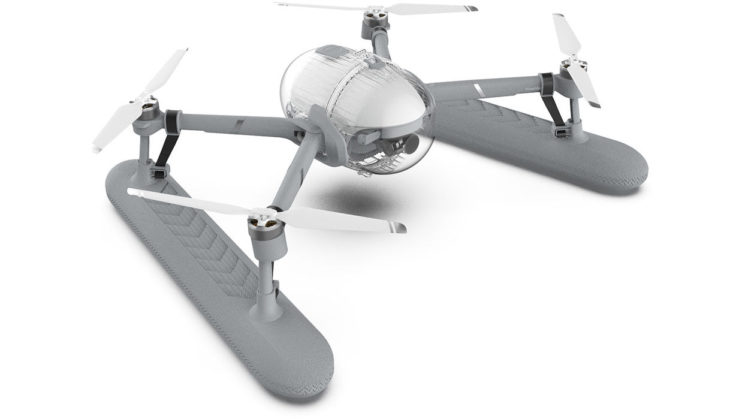 The “Wizard” version of the PowerEgg X a waterproof housing for flying or filming in the rain, as well as water-landing floats, allowing you to either take off from or land on bodies of water. There is a slight price premium for the Wizard version, but if you regularly fly near water, it’ll likely wind up cheaper than drowning one that can’t handle it.

Both versions of the PowerEgg X drone offer flight times of up to 30 minutes or up to 3.5 hours when used as a handheld stabilised camera. Both also offer various automated AI tracking features as well as gesture mode.