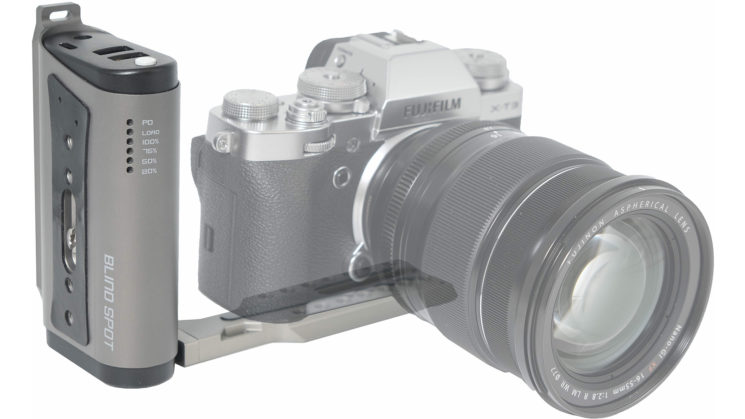 Blind Spot Gear’s Power Junkie has become an extremely popular piece of kit. Wandering around the halls of NAB and IBC, I saw them powering gear on many stands, and I’ve seen a lot of filmmakers using them to power their gear. But now, Blind Spot Gear has kicked things up a few notches with their new Power Cage & Bracket.

The Power Cage houses a 10,000mAh (at 3.7v) 37Wh battery. It sports a 7.2v DC barrel jack, a pair of 5v USB Type-A sockets and a USB Type-C socket that acts as both a power output and the charging socket. On the back, it features a NATO rail, and has a total of 14 1/2-20″ threaded sockets for attaching devices. Charge remaining and overload indicator lights are on the front of the unit, with an on/off power button on top. 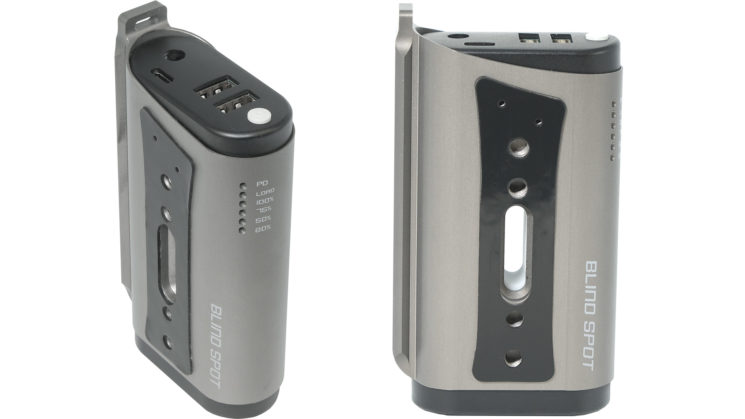 The Power Bracket is a CNC machined aluminium L bracket that fits underneath your camera and allows you to mount the Power Cage to the side as a handle. Underneath it has a built-in Arca Swiss plate for attaching it to your tripod and on the side is a NATO rail. The Power Bracket offers a total of 21 1/4-20″ threaded sockets, although you obviously won’t be able to utilise them all when you’ve got a camera and the Power Cage on there. 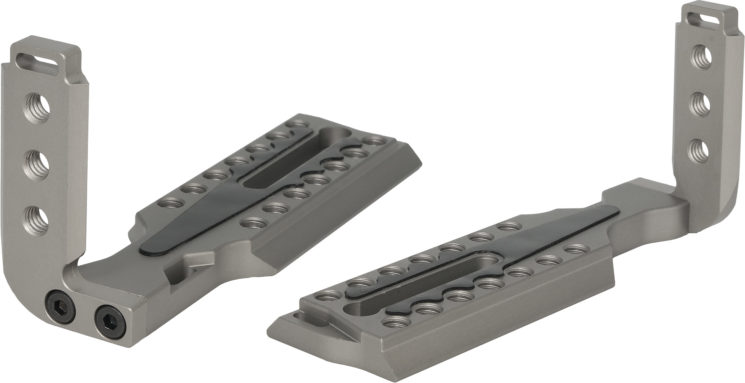 The Power Grip battery, they say, is compatible with most of the mirrorless and DSLR cameras on the market, all you need is a Type-C USB cable or a dummy battery. The Type-C socket also offers PD charging with a 30 Watt total output at 5v, 9v, 12v or 20v. The Power Grip itself can also be DP quick charged when depleted, gaining an 80% charge from flat in just an hour.

In Blind Spot Gear’s power equivalency claims, they haven’t fallen into the same fake maths marketing nonsense that the recently announced “Volta” top handle has. Blind Spot has actually taken the voltage into account to look at overall power. They say it offers the same equivalent power as…

The Power Grip and Power Bracket are being launched via Kickstarter, with pledges starting at only £30 ($38) for the bracket, £89 ($113) for the cage, and £99 ($126) for both. Various extras are available, including dummy batteries for a number of cameras. Items are expected to ship in May 2020.