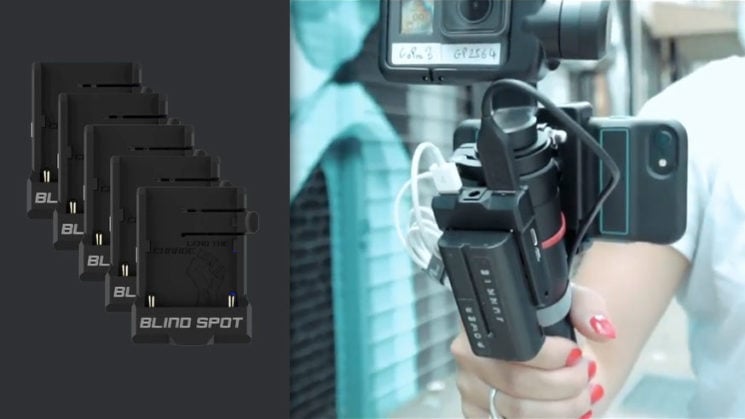 A big thing for me, as a location shooter, is portable power. Whether it’s for powering lights and cameras or charging them up when they’re dead, power on location is always a struggle. It always seems that more of the kit I take out with me uses power or now seems to drain power much faster than it used to as they cram more tech into cameras.

Blind Spot Gear, though, want to try to make life a little easier for us, though. The Power Junkie is a new adapter plate that lets you turn standard Sony NP-F batteries into a pair of USB sockets and a 7.4v output for powering cameras with dummy batteries.

With as common as NP-F batteries are, especially for filmmakers, it’s a great idea. But it’s not exactly new. You mount a Sony NP-F battery to it and adapt it to fit something else. Like a camera. A fantastic solution to short battery life if you’re shooting video on a Sony, for example. 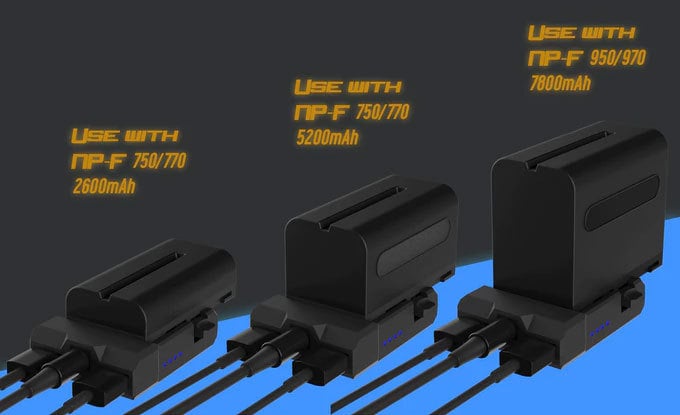 There are a bunch of NP-F adapters out there that have camera dummy batteries on the end of them for various systems. But, they’re quite limited because you’re restricted to those specific dummy batteries offered – and hardwired to the adapter. The Power Junkie differs by offering a 7.4v output in a standard barrel jack. This means you can use it with a vast array of dummy batteries that are already out there.

The other thing that sets this apart from other options is that it also features a pair of USB ports. So you can use whatever remaining battery life you may have left at the end of the day to top your phone or tablet up. Perhaps to even charge actual camera batteries.

One other benefit of the Power Junkie, though, is its ability to be mounted just about anywhere. Unlike most NP-F adapters, this one actually houses a 1/4-20″ threaded socket. So, you can screw it onto hotshoe adapters, articulated arms, and all kinds of other things. 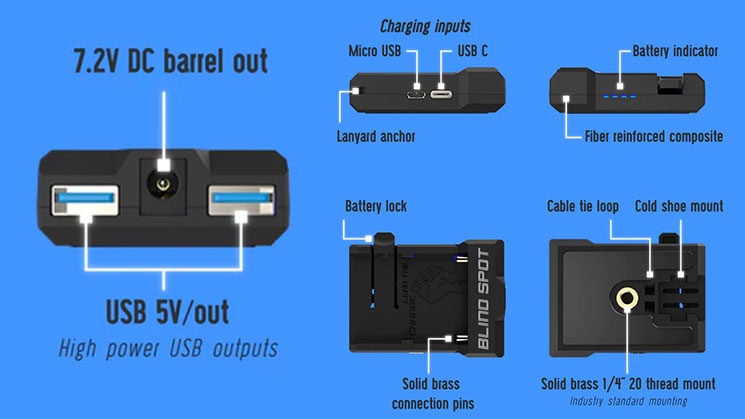 Right now, if you’re buying 5 of them, the price isn’t too bad. Five Power Junkies as a bundle is £135, which is only £27 each. The individual pledge price right currently is £35 each. But the suggested retail price, should the product come to fruition, is a somewhat expensive £49 each.

For that kind of money, I think I’d just put it towards another Novoo or buy a few spare generic brand camera batteries. But then that’s my needs, and I’m not one of those people with a mountain of NP-F batteries laying around doing nothing. In fact, I don’t have any. I actually need to buy some for some LED panels that just arrived last week.

But at £27 each for a pack of 5 (£135 total) on the Kickstarter, that’s not too bad of a price at all. There are no dummy batteries at that price, though. You’ll need to pay £65-80 for that on the current campaign, but it does come with a “medium sized” NP-F 750 battery, too. Or you can just hit up Amazon or eBay and find something that should be compatible.

It does look very useful if you already have a big stack of NP-F batteries to use. But if you’re just starting off your portable power from scratch and have specific needs, then there are probably better options out there.

I wish I did have a bunch of NP-F batteries and a reason to buy a 5 pack of these. It looks like Blind Spot Gear is based just down the road from me in Glasgow, and one has to support small, local businesses, especially these days.

The macro lens is the Swiss Army knife of lenses, and this is why you should own one

« The Yuneec Mantis Q is a voice-controlled folding drone with 33 minutes flight time
Stop asking others for opinion, it doesn’t help your photography »