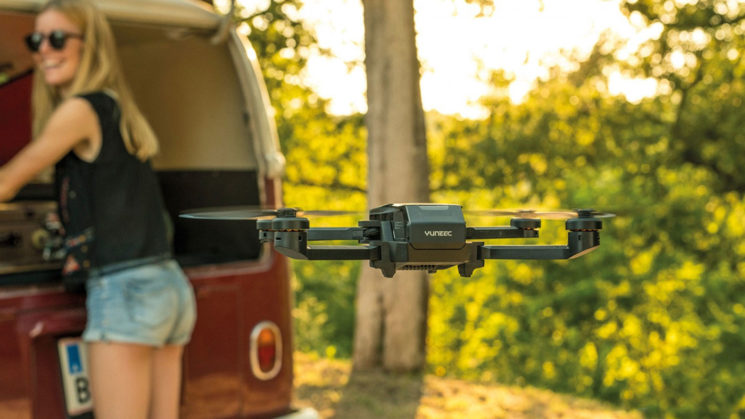 While the Mavic 2 is the talk of the town, people often forget that DJI isn’t the only drone company out there. There’s also Yuneec. Over the years, Yuneec have brought out some pretty cool drones. There’s the Typhoon hexacopter, the little Breeze 4K that we saw at Photokina 2016, and we’ve seen their tech in other products such as the Steadicam Volt stabiliser.

Now, Yuneec have introduced a new drone, the Mantis Q. And while it looks to go head to head with the Mavic Air, it has something special up its sleeve. Bucking the trend of gesture control (although it has those, too), the Mantis Q is voice operated.

The specs on this little drone look quite respectable, especially for the price.

The idea of voice control on a drone is pretty cool, although I do wonder how it’ll stand up to noise pollution in the real world. Even the sound of its own motors will probably make it difficult to hear the operator at times, so I wouldn’t rely on it.

But it also comes with a more traditional controller providing up to 800m of range. It also offers an extremely long battery life with up to 33 minutes flight time and a top speed of up to 72 kilometres per hour. 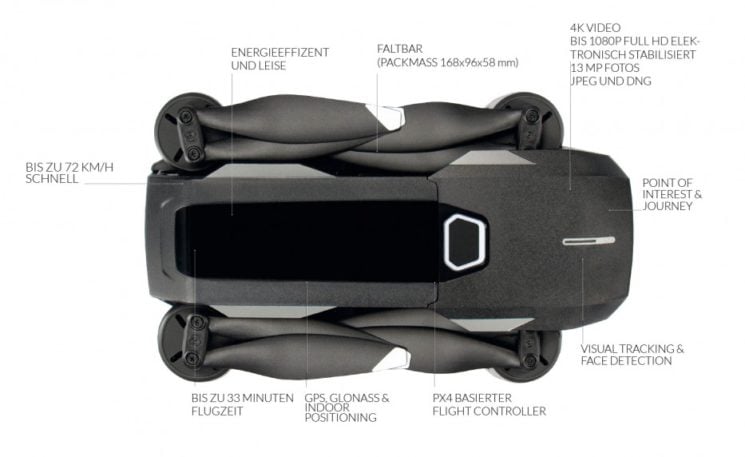 Yuneec says that the Mantis Q is designed for indoor flight equally as much as outdoor. When indoors, where it has no access to GPS or GLONASS, it uses its sensors to keep it afloat safely indoors at speeds up to 15km/h. Personally, I’m still not entirely sure I’d risk it. 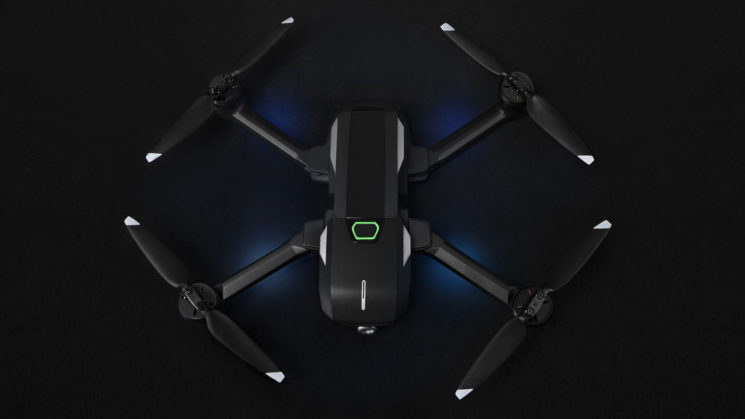 As one would expect, it features face detection, and it will take a (4800×2700 or 4160×3120) photo automatically when you smile from up to 4 metres away. It also shoots 4K video to microSD storage. It also contains various automated flight modes for subject tracking.

But, and here’s the problem, the only stabilisation is electronic, and it’s only available when shooting 1080p, not 4K. There doesn’t seem to be any physical gimbal stabilisation at all. This single feature, or lack thereof, means that it’s not really a Mavic Air competitor, but a Spark competitor – even though this folds and the Spark doesn’t. 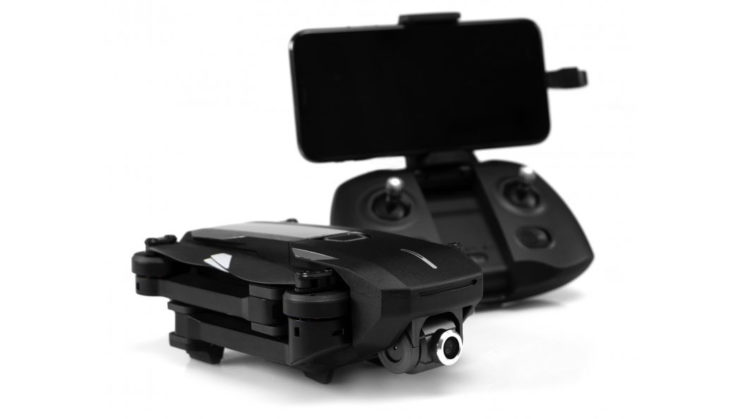 While some of the footage in the video above doesn’t look bad, they’ve cherry-picked for the final video. Because that’s what companies all do. They only show off the best clips from their tests. Which is fine. But even in that, you can see the tell-tale signs of electronic stabilisation that just can’t get around the physics of perspective and motion blur.

That’s a dealbreaker for me. But at least the flight time’s pretty huge compared to the Spark’s measly 15 minutes. So, if you were considering a Spark, but want more airtime and a faster flight, then this could be a good option for you – although, do note that it’s still slightly bigger than the Mavic Air when folded, and the Spark doesn’t shoot 4K. Even unusable 4K. And wasn’t the Breeze 4K supposed to be the Spark competitor?

It seems that Yuneec is just totally against gimbals on their lower end drones, which is a shame. It means they’re pretty much useless for many who might otherwise buy them. If the Mantis Q had one, I might’ve considered cancelling my plans to get a Mavic Air until I could at least check out the Mantis Q in person. With the lack of gimbal, it doesn’t look like there’s much point in even having a go, and so the Mavic Air stays on my list.

The Mantis Q is available to pre-order in the UK now in two versions. There’s the standard kit that includes the Mantis Q drone, the controller, a single battery, a set of propellers and a triple battery charger. The “X Pack”, contains all of the above, but with three batteries and two extra sets of propellers. The base price looks to be