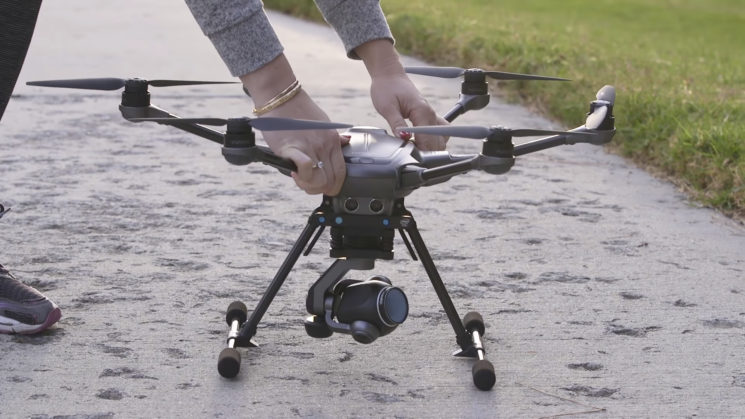 The Typhoon H from Yuneec made a bit of a splash when it first launched. Finally, a commercially available 6 motor hexacopter that could maybe compete with the likes of the DJI Phantom series. And the price wasn’t really all that different, too. But it didn’t quite gain the traction of its competitors. I know a few people who owned the Typhoon H, but then later switched to DJI for newer and more advanced features.

Now, Yuneec have finally responded with the improved Typhoon H Plus. Billed as a serious tool for professional drone filmmakers, the updated Typhoon has seen some nice tweaks. It’s had the size of the sensor physically increased, as well as the stills resolution, and the 4K UHD framerate has doubled from 30fps to 60fps.

It’s nice to see Yuneec making a strong play since GoPro’s withdrawal from the drone market. And the Typhoon H makes a pretty strong statement. Over the original Typhoon H, the sensor has been upgraded from 1/2.3″ to 1″, the resolution has increased from 12MP to 20MP and 4K UHD video can now be shot at 60fps.

Also, a newly designed Android-base remote ST16 controller comes supplied with the Typhoon H Plus. With its predecessor, a fancy remote with built-in LCD was an optional and significantly expensive extra. 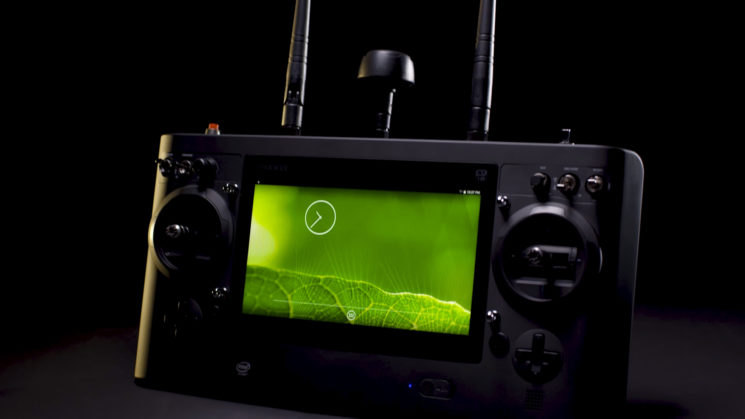 The flight time on the Typhoon H Plus is around 25 minutes, and offers several automated flight modes including Orbit, Follow Me, Point of Interest and Curve Cable Cam. It also features Intel RealSense technology with 3D and depth-sensing technology to allow obstacle avoidance.

I’ve always been a huge fan of hexacopters over quadcopters. My favourite for a while now has been a DJI Flamewheel F550 that I built myself. They’re generally more stable in the air, can handle higher winds, and if a motor dies or burns out midflight, you can still land it on five with relative safety. With a quadcopter, if a prop flies off or a motor dies, it comes crashing straight down to the ground.

One of the big complaints about many hexacopters, though, is the noise. There’s 50% more motors over a quadcopter, so there’s 50% more noise, too. I know that even though my DJI F550 has the exact same motors as the DJI Phantom 2, they’re much louder overall on the F550 because there’s more of them. Well, Yuneec have answered this, by using new motors that are 40% quieter than those on the previous Typhoon H.

The Yuneec Typhoon H Plus will be available sometime during the first half of 2018, priced at $1,799.

Let’s hope they can finally give DJI some real competition.

« You can pay the bills with exposure, and here are three ways to do it
Ten Photoshop tips in under ten minutes to help you improve any photo »