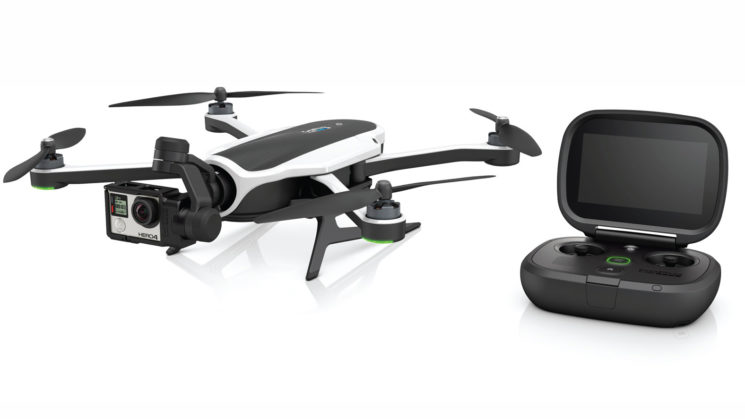 Today sees GoPro release their fourth quarter 2017 report, and it’s not looking all that great for the GoPro Karma. In the midst of reporting an $80 million loss for the quarter, GoPro has announced that they’re getting out of the drone business. There’s little mention of the 300 staff they recently laid off, but the Karma will be both the first and last drone the company produce.

Although Karma reached the #2 market position in its price band in 2017, the product faces margin challenges in an extremely competitive aerial market. Furthermore, a hostile regulatory environment in Europe and the United States will likely reduce the total addressable market in the years ahead. These factors make the aerial market untenable and GoPro will exit the market after selling its remaining Karma inventory. GoPro will continue to provide service and support to Karma customers.

So, in short, they couldn’t catch up to, nor keep up with DJI. Of course, the false start on the Karma’s initial launch was never going to help much, either. The Karma will stay on sale for a while, but only until the stocks run out. Then they’re gone forever. GoPro say that they will continue to provide service and support to Karma customers, but for how long this will happen is anybody’s guess. And there’s no suggestion that “service and support” includes updating the Karma firmware or mobile app.

The news comes just a few days after GoPro lay off 300 more staff, the fourth round of such job cuts since 2016, which does get a one line mention in the report. This latest cull reduces the company’s headcount from 1,254 to “fewer than 1,000 employees worldwide”. While this will lead to a large short term cost due to severance pay, the hope is that it will decrease the overall outgoing costs.

The GoPro Hero6 Black price is also being dropped by 20% to help the struggling company sell more units. That is reduced from $499 to $399, and the GoPro Hero5 Black sits at a rather attractive $299.

GoPro does say that the initial interest in the new GoPro Fusion 360 camera was better than expected during the quarter. But, with so much competition out there in the 360 camera market, I can’t see that price staying where it’s at for very long.

Right now, you can pick up the GoPro Karma including the GoPro Hero6 for $999. Although, I’d expect that price to drop as the weeks go by and demand dwindles.

It seems like GoPro have been struggling on life support for a while now. While at one time they made some pretty amazing and revolutionary products, it’s like they’ve lost the plot a little now. Largely their products seem to be all hype with very little substance once they hit the streets.

I do hope they find a way to turn it around, but as the weeks pass, it looks more and more unlikely.

Tethering A GoPro So It Will Not Hit The Ground

Watch As a Huge Eagle Attacks Drone In Midair, Sending It Crashing to the Ground