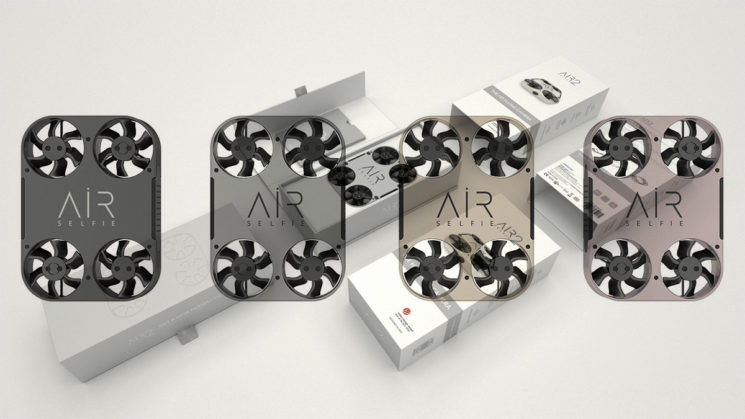 The original AirSelfie, released in 2016, was a pretty interesting idea. A phone-sized drone for shooting selfies. But it didn’t seem to really take off (no pun intended) due to a few limitations. The camera is low resolution at only 5MP and the battery life meant you only got a few minutes of flight time.

With the release of the AirSelfie2, that flight time has now doubled (so you get 5 minutes instead of 2 or 3) and the camera’s seen a resolution increase to 12MP. The larger photos also mean that the internal storage gets a bit of a bump, too, going from 4GB to 16GB. 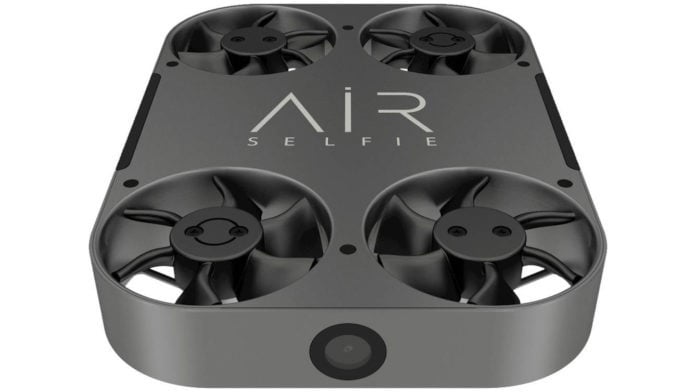 It’s a neat idea for those times when your arms just aren’t long enough to hold your phone out for a selfie. Like, if you’re shooting a group photo or want to capture a little more of the environment around you. And it’s small, too, about the same size as your phone, so it’ll slip right into your pocket when you’re not using it.

To operate it is simple. Just pull the drone out of its little pouch, load the app on your iOS or Android phone and send it into the air. From here it has various flight modes that you can control from your phone.

The range is stated as “over60ft”, although you’re may not make it even that far. It still has a pretty short flight time of around 5 minutes, although that’s still better than the original. But it will fly around capturing 12MP stills and 1080p Full HD video with an 85° field of view.

The reviews for the original AirSelfie that I’ve seen around don’t look that great, and the AirSelfie2 mostly just seems like an incremental update. But it’s not an expensive drone, by any means, and it’s certainly not going to replace something like a Mavic Air. But at $199, it’s not that much more expensive than most of the decent toy drones out there, and this one has a camera.

If you really want a drone for shooting selfies, then the AirSelfie 2 is available to buy now for $199.95.