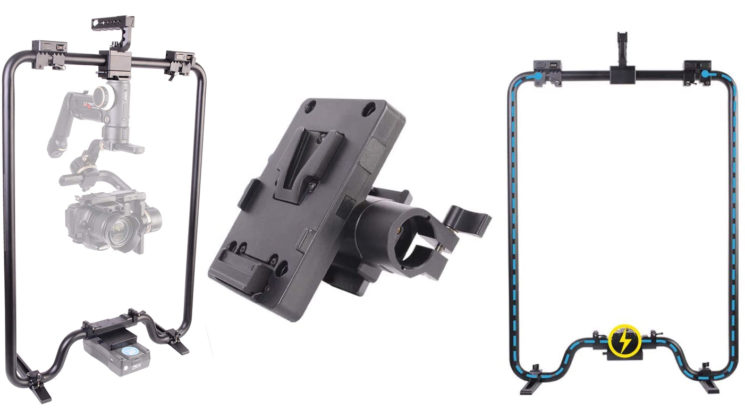 Sometimes, you need to go a little “extra” with your gimbal rig. Sometimes, you need the two-handed holding power that only a solid frame can provide. Digitalfoto’s new Magic Ring II, is one of them. But it’s a little different to most. It allows you to attach a V-Mount battery to its base that passes power through the frame to devices up top.

This means you can attach monitors, transmitters, audio recorders or other devices onto the top of the frame without having to worry about how you’re going to power them or monitoring a bunch of separate smaller batteries. Being able to mount a V-Mount battery underneath also helps to lower the centre of gravity as it takes some of that extra weight away from up high.

As the name suggests, the Magic Ring II is the follow-up to Digitalfoto’s original Magic ring, which is a similar frame but without any kind of power connection. And that connection feeds power from a V-Mount battery at its base to four 16.8v D-tap connectors up at the top, allowing you to power multiple devices. 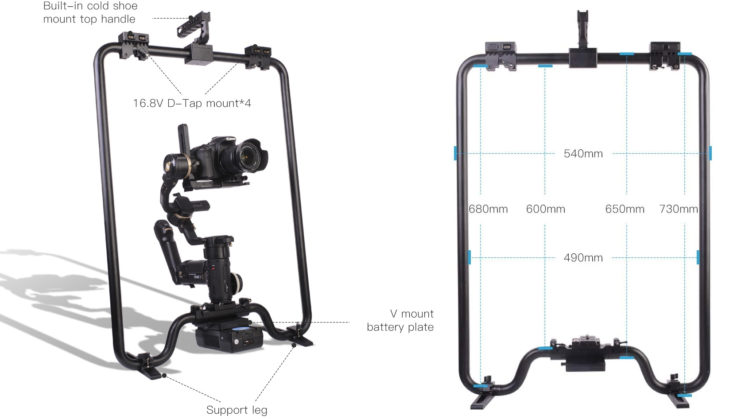 Two support feet at the bottom allow you to place the ring on the ground without it falling over, and these are easily adjustable via quick release levers if you want to adjust the angle to help things balance when you set it down. On the top there is a handle with a built-in cold shoe mount for when you want to carry the whole rig low to the ground (even if your gimbal doesn’t have an underslung mode). 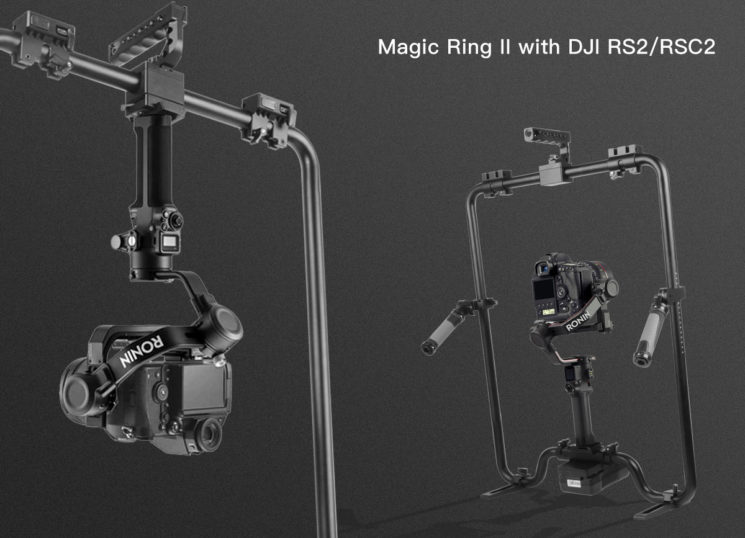 The Magic Ring II supports just about every gimbal out there that accepts a standard 1/4-20″ or 3/8-16″ thread in its base thanks to the supplied quick-release plate, A second quick-release plate designed specifically for the Zhiyun Crane 3S with locking pins is also supplied. An Arri rosette clamp is included that can be attached up the vertical bars for things like follow focus wheels. The V-Mount battery plate that mounts below the unit is also in the box and everything comes in a nice neat carry case. As well as the included items, a pair of adjustable handles are available as an optional extra.

The Digitalfoto Magic Ring II is available to buy now for $550 and is shipping now.

Sony Releases The a77 II – Will 79 AF Points, Built In Wifi Remote And Pro Movie Features Shift The Market?

« There is definitely an APS-C RF mount camera on the way, report says
You can shoot this Arizona landscape only if you win special lottery »