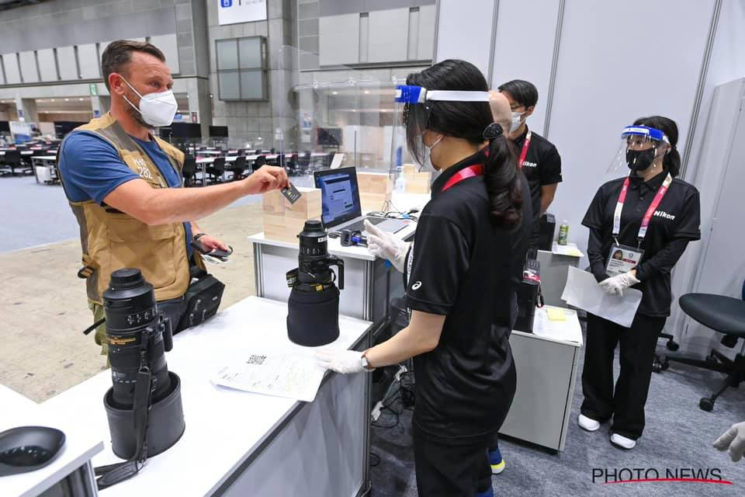 The long-awaited 2021 Olympic Games in Tokyo have begun. And as usual, the camera companies are there, too. Back in 2016, we got to take a look inside both the Nikon and Canon gear storage to see what they had available for NPS and CPS shooters at the Rio Olympics. Now, we have a chance to see what Nikon’s brought to Tokyo, courtesy of Vincent Kalut.

Sure, it’s cool to just look at pictures of a room full of gear, but I think a look inside the Nikon camp at this year’s Olympics is quite revealing. From what I can see, there’s not a single Z mount camera or lens in sight. It’s all still F mount, largely appearing to be Nikon D6 bodies. What conclusions can we draw from this? 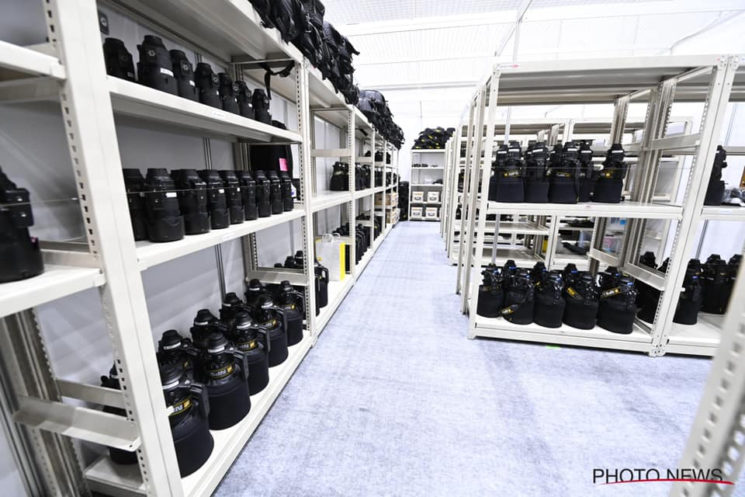 Well, it could mean that Nikon isn’t confident enough in their Z mirrorless system yet to let people tear loose with it at the Olympics, or it just means that none of their current mirrorless lineup is particularly well suited to shooting sports. Which is true. The Nikon D6 release was timed to shoot the Tokyo Olympics when they were still planned for 2020, and there’s still no Nikon Z9 mirrorless flagship, but I would have thought that even though they’re not really designed for sports, we’d see at least some Nikon Z6 II and Z7 II bodies there, even if just for the video shooters. 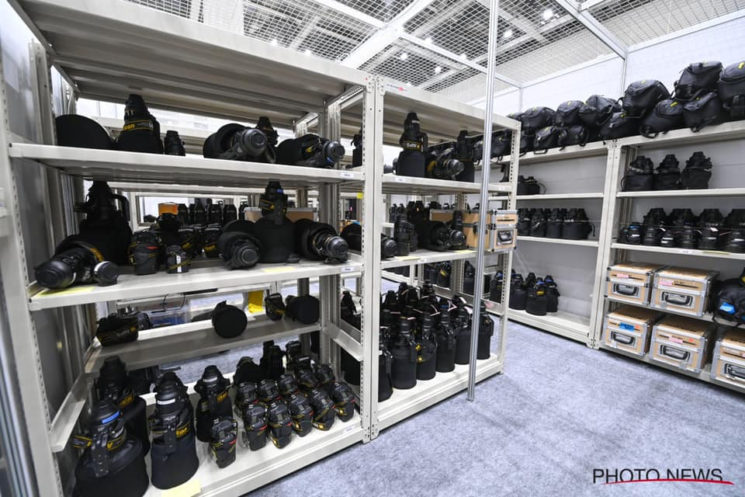 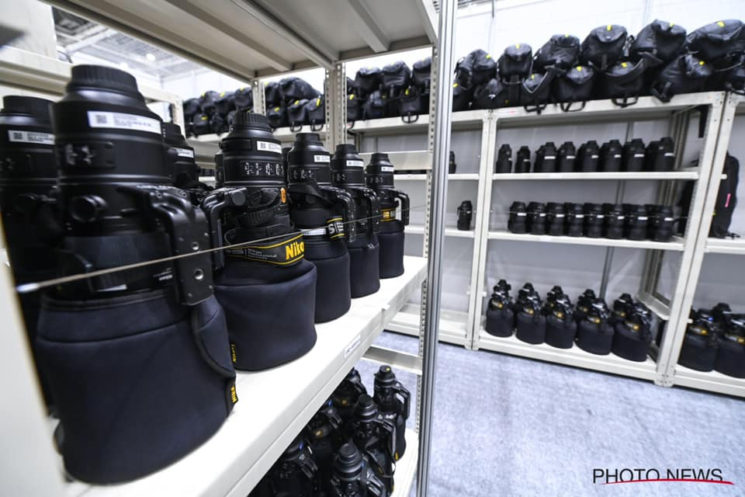 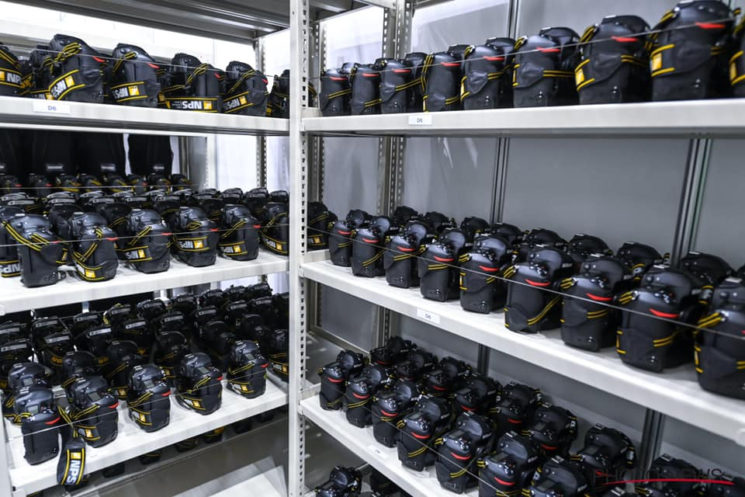 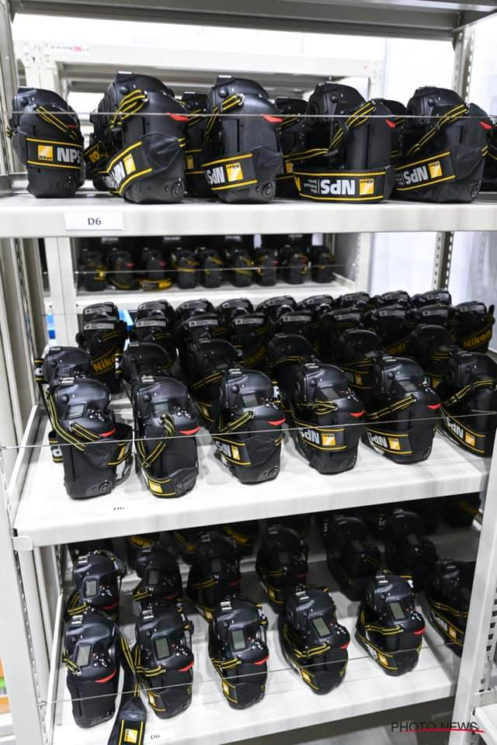 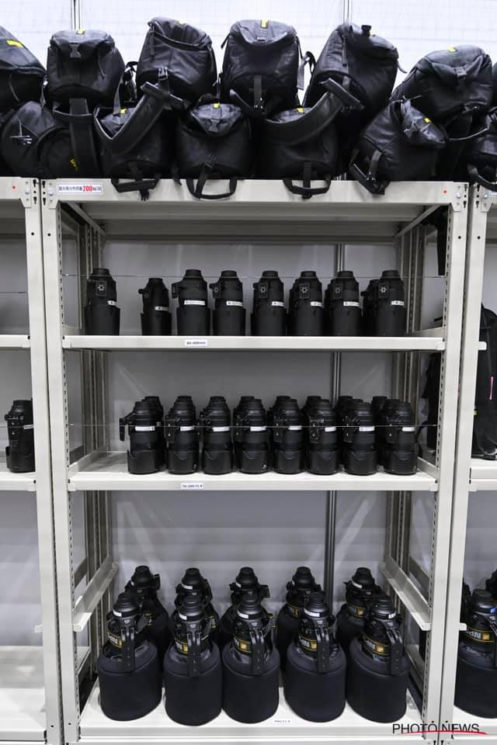 At an event such as the Olympics where tensions are running high and there’s a lot of running around for the photographers as well as the athletes, kit is bound to get damaged now and again. So, naturally, the Nikon Professional Services team is on-hand to carry out any required repairs to cameras and lenses as needed. 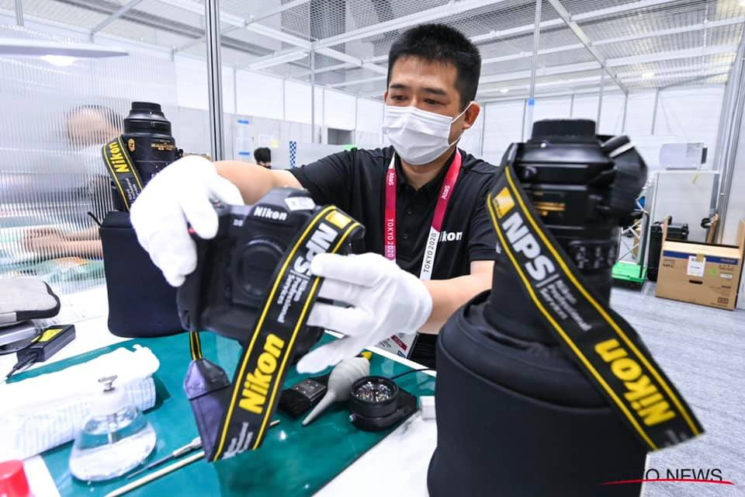 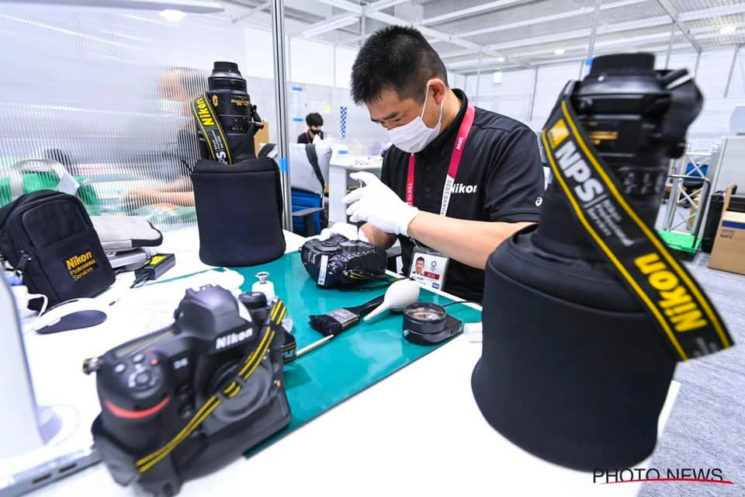 It will be interesting to see how the gear lineup compares at the Paris Olympics in 2024. I expect the Z9 will more than likely actually be released by then along with a slew of new Z mount sports-oriented lenses. But what I’d be curious about is whether the Z9 (or whatever’s available at the time) will completely oust the F mount DSLRs and lenses or if there’ll be a mix of both – and what the ratio is. 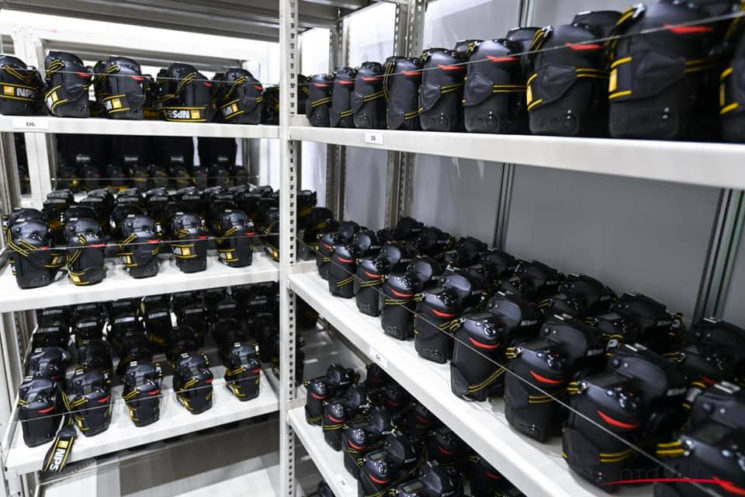 Many thanks to Vincent Kalut for allowing us to share these images with you.

UPDATE: 2021-07-29: Several sources have confirmed that while no Z series cameras are seen in the photo, they are indeed present in the Olympics. This is including Z6 II, Z7 II, and Z-mount lenses.