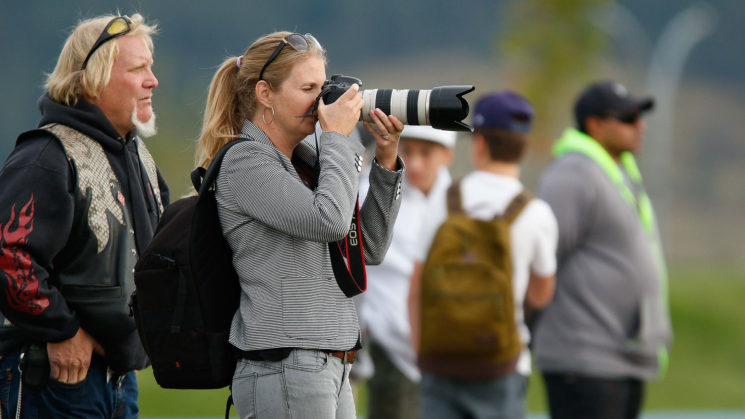 The Olympics in Tokyo this year was something of a surreal one. For a start, it was supposed to take place last year, but it just felt quite different to Olympics of the past, particularly when it came to attending as a photographer. Many report having to face certain protocols that haven’t existed in the past due to the coronavirus pandemic, which has made things challenging.

For Canon, though, a Gold Partner of the Tokyo 2020 Games (yes, it’s still called that), it was very much a success. They recently posted an announcement stating that 55% of the camera used by professional photographers to document the Olympics were Canon – beating out all of the other brands combined.

Canon says that the flagship Canon EOS 1DX Mark III was the majority camera in use. That’s not really much of a surprise, as the 1DX Mark III was released to coincide with the Tokyo Games when they were originally planned to be held last year. So it was pretty inevitable that it would be leading the Canon pack this year, especially given the Canon EOS R3 isn’t actually out yet.

But Canon says that there were a number of test units for the EOS R3 – limited to a small number of select photographers – available for use at the games, too. They report that the photographers who had the opportunity to test out the EOS R3 during the games gave it high praise. And, of course, there were Canon EOS R5 and EOS R6 cameras there, too.

As well as the usual array of mirrored and mirrorless interchangeable lens cameras, Canon also captured the Olympics with its CR-S700R Robotic Camera System.

It will be interesting to see how things stack up in Paris in 2024. Other than the Nikon D6 (and Nikon had a decent presence there), the Canon EOS 1DX Mark III didn’t really have all that much competition at this year’s Olympics. By the time the next one comes around, the EOS R3 will have been released and probably an EOS R1. Both Nikon and Sony will have also released at least one high-end flagship model aimed at sports shooters by then, too.

« The story of Polaroid: From empire to bankruptcy and back again
This frame rate comparison shows why you shouldn’t just shoot everything at 120fps »