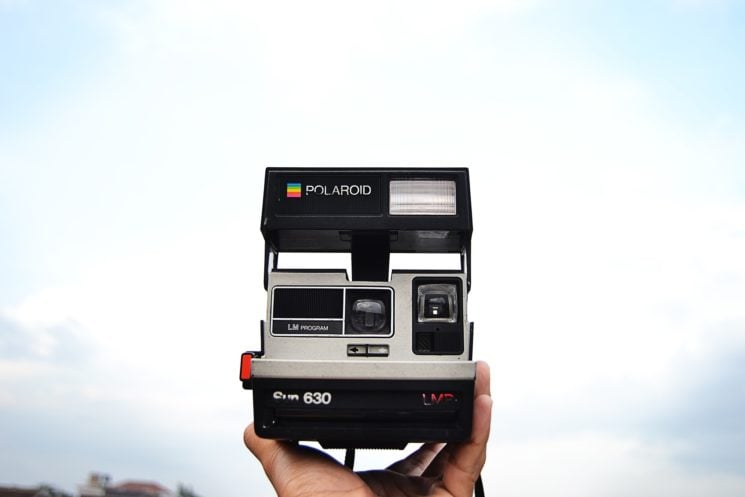 Polaroid was the first manufacturer of instant cameras and film. They were so popular that we tend to call every instant camera “a Polaroid” even today. However, the company went from an industry giant to bankruptcy but then raised from the ashes. In this video from Business Insider, learn more about the exciting history of the world’s best-known instant camera brand.

Polaroid was founded by Edwin H. Land and his Harward physics instructor George W. Wheelwright III. They first successfully developed polarizing filters for sunglasses and photographic filters. After few years, Land obtained funding from a series of Wall Street investors for further expansion. And so, Polaroid as a company was founded in 1937, but the famous camera hadn’t arrived until a decade later.

Land got an idea for the camera after his daughter asked why she could not see the picture he’d just taken of her with a Rolleiflex camera. This sparked an idea in his mind, and in 1947, the prototype Polaroid instant camera was officially demonstrated to the Optical Society of America. A whole darkroom process could fit inside a camera, so it was something completely new and intriguing for everyone.

Polaroid Model 95 was the first camera that went for up sale. It was in 1948, and the first batch of 60 sold out the same day. The first Polaroid cameras were big and cumbersome, but this changed over the next few decades. In the 1950s and 1960s, they became smaller and improved, they keep the affordable price, so they got even more popular. The company introduced the first color film in the Colorpack camera in 1963, and the Swinger in 1965 camera which was even cheaper than the rest of the models. In the 1970s, Polaroid cameras were all the rage. Andy Warhol was one of the artists famous for using them, and he had multiple pieces. Last year, his Polaroid SX-70 scored $13,750 in an auction.

However, the next business move from Land didn’t prove to be successful. In 1977, Polaroid launched Polavision — an 8mm movie system for creating instant moving pictures. It was expensive, it required a special Polavision player, and it got bad reviews. It turned out to be a financial disaster and it was discontinued only a year after the launch. This was also the time when Kodak introduced its first instant camera, so the competition didn’t really help Polaroid get back on its feet.

A few years after the major failure with Polavision, Land resigned as the company’s chairman and soon left the company entirely. Polaroid sued Kodak for patent infringement in 1988. Two years later, the company won the case and Kodak was ordered to pay $909 million. But this wasn’t enough to keep Polaroid afloat. The company declared bankruptcy in 2001.

Over the next seven years, Polaroid changed multiple owners. But then in 2008, help in the form of Impossible Project arrived. They started working with former Polaroid staff to produce and improve instant films and cameras. In 2017, Impossible Project bought what was left of Polaroid, rebranded the company to Polaroid Originals, and it’s been operating under this name ever since.

Today, Polaroid Originals produces instant cameras, film, pocket printers, and those weird Polaroid Lab phone photo scanners. It appears that the company manages to follow trends and fulfill its audience’s expectations (unlike Kodak, for example). If Land and Wheelwright were alive today, I believe they would be happy to see that their legacy lives on.

From photo industry giant to bankruptcy: what happened to Kodak?