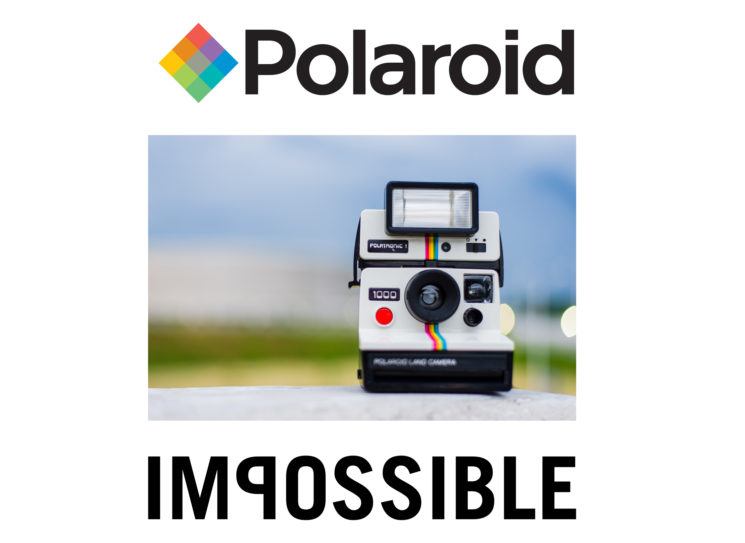 The owner of well-known Polaroid brand, PLR IP Holdings, LLC, now has a new owner. A group of investors has bought 100% of the shares, led by Smolokowsky family, particularly Mr. Wiaczeslaw (Slava) Smolokowski. He is a Polish businessman and a majority shareholder of the Impossible Project, who produces the instant film for Polaroid cameras. According to President and CEO of Polaroid, Scott Hardy, “this is a new chapter in the story of Polaroid brand.”

Mr. Wiaczeslaw Smolokowski’s son Oskar is the CEO of the Impossible Project. According to Bloomberg, Oskar persuaded his father to invest in the business, so he became the majority shareholder in 2012.

With this latest acquisition, the Impossible Project and Polaroid are brought closer together, which can certainly bring changes to the company.

Polaroid has issued a press release about the acquisition. They’re stating that their headquarters and management team will stay in Minnetonka, Minnesota, they’ll maintain the offices in New York City and Hong Kong, but they also plan to expand into other international offices. Here is the full press release:

Minneapolis, MN, May 12, 2017 — PLR IP Holdings, LLC, the owner of the Polaroid brand and related intellectual property, has been acquired by a group of investors led by the Smolokowski family. The new owners acquired 100% of the shares, effective May 5, 2017, from the Pohlad family, Gordon Brothers, Hilco Global and others.

The lead investor in the new ownership group, Wiaczeslaw (Slava) Smolokowski, is a Polish businessman and investor with holdings in the energy, biotech and real estate sectors. He is the cofounder of Mercuria Energy Group Limited, one of the world’s largest commodity trading houses.

Mr. Smolokowski is also the majority shareholder of The Impossible Project, the company that purchased the last remaining Polaroid factory in 2008 and continues to manufacture instant film for legacy Polaroid cameras.

Polaroid is an iconic brand known the world over for pioneering and perfecting instant photography – both in the analog and digital eras. 2017 marks the 80th anniversary of the venerable company’s founding. Today, Polaroid products are sold in over 100,000 retail stores in more than 100 countries throughout the world.

“I’d like to thank the outgoing board members and shareholders for their outstanding leadership and support over the last several years,” said Scott Hardy, President and CEO of Polaroid. “Under their stewardship, we achieved the tremendous growth and success that has led us to where we are today. We are also very pleased to welcome the new ownership group to the Polaroid family, and excited to begin writing the next chapter in the story of the Polaroid brand.”

“We are very pleased that this strategic transaction unites the Polaroid brand with its heritage – a move that’s exciting for both the buyer and the Twin Cities-based Polaroid team,” said Jann Ozzello Wilcox, chief investment officer for the Pohlad organization. “It was important to us that the headquarters remain here, and that management and the employees not only retain, but expand their roles with the new owner’s exciting plans for the brand’s future.”

“The transformation Polaroid has achieved is a credit to the brand’s strength. We’re proud to have been a part of it and know it will be in good hands under its new ownership,” said Ken Frieze, CEO of Gordon Brothers.

Polaroid’s headquarters and management team will remain in Minnetonka, Minnesota. The company also maintains offices in New York City and Hong Kong, with plans for expansion into other international offices.

« Watch: photographer sets a bride in bridal dress on fire for photo shoot
How to maintain a healthy romantic relationship as a travelling photographer »