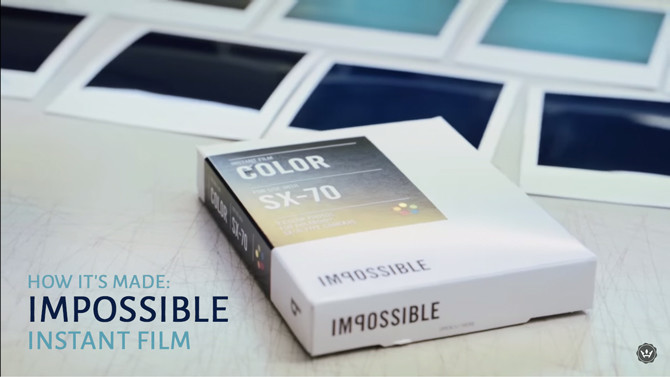 Some things just diehard and instant film is proving to be one of them. Much to the delight of Polaroid enthusiasts everywhere, The Impossible Project began production of their own instant film to replace Polaroid’s when they ceased production on the cult classic in 2008. Impossible has gone on to do pretty incredible things. Not only did they breathe new life into a product Polaroid had given up on, but they managed to ignite an interest so widespread, they’re expanding their business model to include the manufacturing of cameras in addition to the film.

The online magazine, High Snobriety, recently took a tour of the incredible Impossible facility, amusingly describing it as “one-part Charlie and the Chocolate Factory and one-part Wes Anderson film”. On their adventure, they caught up with Stephen Herchen, Impossible’s Chief Technology Officer, and went on a tour of the Impossible Project plant to see how the iconic film is made and they’ve made this sweet virtual tour so we can go along, too.