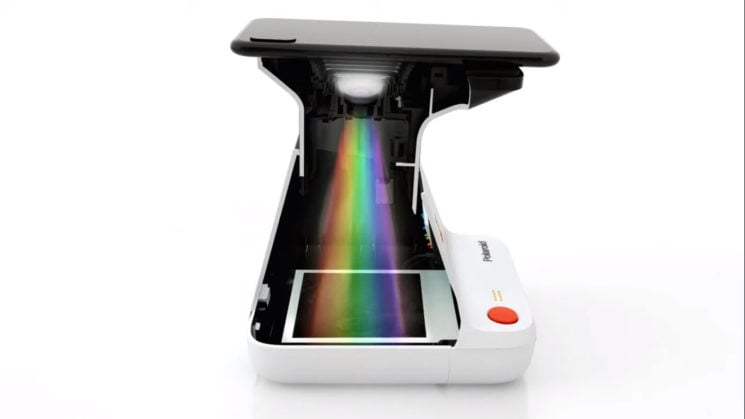 There are certainly more than one ways to get your photos printed: ink-jet printers, mobile printers, or using instant cameras. The latest weird product, Polaroid Lab, combines the last two concepts and adds your smartphone to the equation. It lets you print an instant photo from images you already have on your phone, and all you need to do is open the photo and scan the screen with Polaroid Lab.

Basically, Polaroid Lab uses the light from your phone’s screen. You should open the photo you want to print in Polaroid app. Then, place your phone on top of the machine, and push the red button, and you’ll get a print. The modern (and slightly weird) concept still has a bit of nostalgia in it, since you have to wait for a few minutes until the photo develops.

Polaroid Lab works with all iPhone models after 6S, and “current models of Samsung, Huawei, Google Pixel, and One Plus’ Android handsets,” according to TechCrunch. It prints your photos on Polaroid i-Type and 600 films. Other than printing an individual photo on a single piece of paper, you can turn it into a collage and print it on several papers. The video below demonstrates some ideas, and I assume that you can create the collage through the accompanying Polaroid app.

Now, I don’t see how printing a photo after scanning a phone screen can be better than sending the file to a printer (directly or via PC). Honestly, it probably can’t when it comes to image quality. But at least it’s fun, and it probably will have its audience. After all, the Impossible Instant Lab raised over half a million dollars when it was launched on Kickstarter, so I believe there are people who want to have something like this. And if are one of them, set aside $129  and expect Polaroid Lab to hit the shelves in early October current year.

This DIY Instant camera shoots your images straight to the cloud