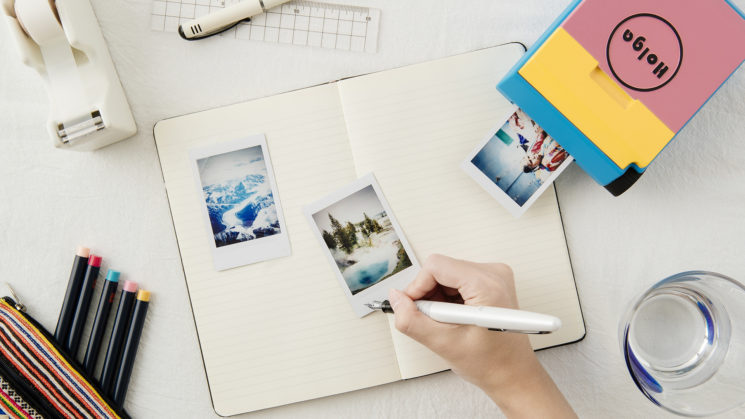 Only 48 hours after launch, Holga’s new Holga Printer Kickstarter has been fully funded. Now it sits just shy of 4x its original HK$150,000 (~US$19K) goal at HK$561,342 (~US$72K). Holga has held a special place in many photographers hearts since the 80s, and they’ve even dabbled in digital. Now they’re hoping to help bring smartphone photographers into the fold with a new analogue/digital hybrid printer that lets you print your smartphone photos onto Fuji Instax film.

The basic idea for this printer is that there’s a frame which holds your phone on top and then focuses the image onto the Instax film waiting below. It’s a low tech analogue answer to a digital problem. It’s somewhat reminiscent of the Impossible Instant Lab, except the Holga printer contains no electronics and requires no batteries.

About the new Holga Printer, a Holga spokesperson told DIYP…

It’s a completely manual, wireless and battery-free portable printer that lets you print smartphone photos directly onto Instax film. Just place your smartphone on the Holga Printer, press down the shutter button, and voila – you got a physical photo in your hand a few seconds later. With its classic shutter and spherical lens, the Holga Printer retains the magic of the classic Holga cameras.

While there are a number of printers out there that will let you communicate directly with your phone over bluetooth, this adds an interesting twist. Each Instax print you make with this is essentially unique, as you’ll never be able to place your phone on top of the unit in exactly the same place every time.

The Holga Printer will release with an app for both iOS and Android that lets you print images straight as they are, or with various effects to create different stylised looks.

You can back the Kickstarter campaign to get your own Holga Printer for as little as HK$398 (around $50 / £40), with the first units expected to ship out in March 2019.

This adapter lets you mount any camera lens onto your smartphone