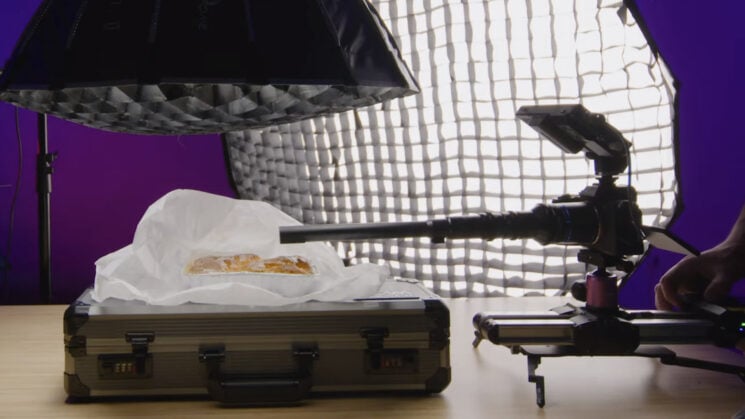 The lens shown off on the Laowa stand last July at a photography show in Shanghai, China is now official. Venus Optics has today announced the Laowa 24mm T14 2x Periprobe lens, which takes the original 24mm f/14 and T14 probe lenses and extends them with more versatility, thanks to a new 90° periscope like tip on the end that lets you shoot at right angles to the plane of the camera sensor.

The lens is also modular, allowing you to swap out the 90° module for a direct view module, allowing you to use it in the same way as the previous probe lens. But the newest iteration allows you to shoot shots and get angles with camera movements that have previously been impossible. The tip also features a 1/4-20″ threaded socket on the end for attaching accessories such as extra lighting.

The 90° periscope style lens opens up a lot of interesting new framing and camera movement opportunities due to the narrow spaces it’ll allow you to shoot in. As your plane of focus is perpendicular to the camera sensor and not parallel to it, you can slide it into some very tight gaps where a traditional lens setup just wouldn’t be possible. It also makes other shots a whole lot easier, like shooting from the ground and looking slightly upwards while still being able to see your camera’s LCD. 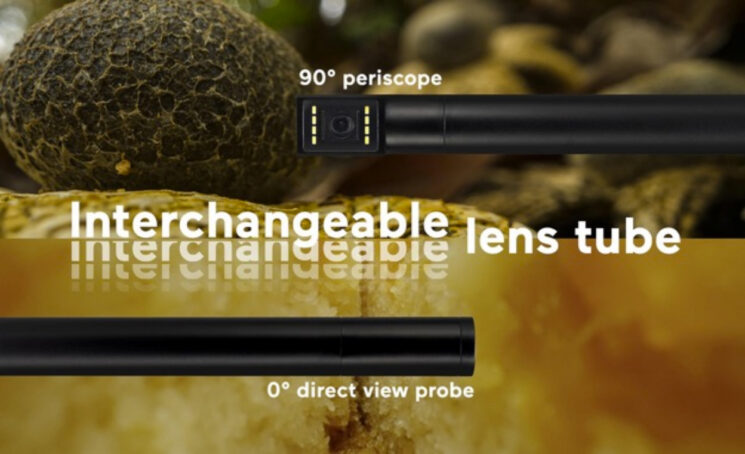 The 90° periscope lens can be rotated 360° around the axis of the mount, allowing you to point it above, below, to either side or anywhere in between. For motion control systems particularly, this opens up all kinds of great options for camera movement. And when you’re done with the periscope lens, you can remove the tube and replace it with the regular one, where it works just like the original Laowa 24mm Probe lens.

The front barrel of the Periprobe is also waterproof, allowing you to stick into a pond, river or aquarium to capture underwater scenes, or pour drinks over it when filming commercials. It also features a 1/4-20″ socket on the front of it for adding attachments, like a small LED light in case the built-in ones just aren’t quite strong enough. Both modular lens tubes feature a built-in LED light. 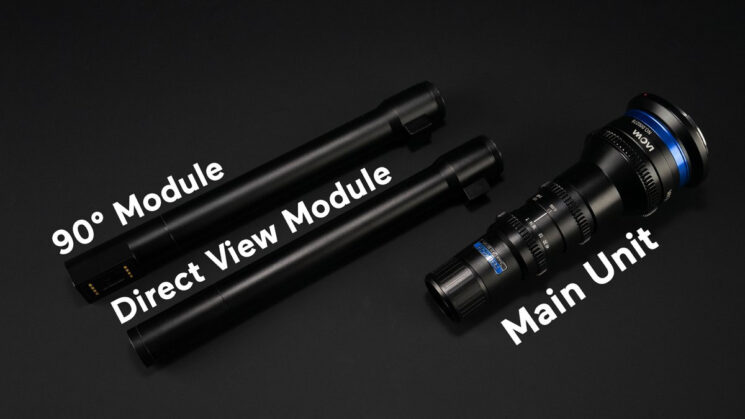 For Micro Four Thirds and APS-C shooters, there’s a 0.7x focal length reducer designed specifically for the probe lens. As well as widening the field of view back up, bringing APS-C up to about what a full-frame normally sees and bringing MFT up to about what an APS-C camera would see without the speed booster, it also boosts the light up to an effective aperture of T10, so you’re not losing as much light as you are when using it on full-frame.

The Laowa 24mm T14 2x Periprobe is available to buy now for $2,299 from the Venus Optics website in Arri PL, Canon EF, Canon RF, Nikon F, Nikon Z, Sony E and Leica L mounts. The focal length reducer costs an extra $250 while straight lens mount adapters are $30 each. The original Laowa 24mm f/14 Probe lens for photography is being reduced to $1,449 with the Cine version reduced to $1,599.