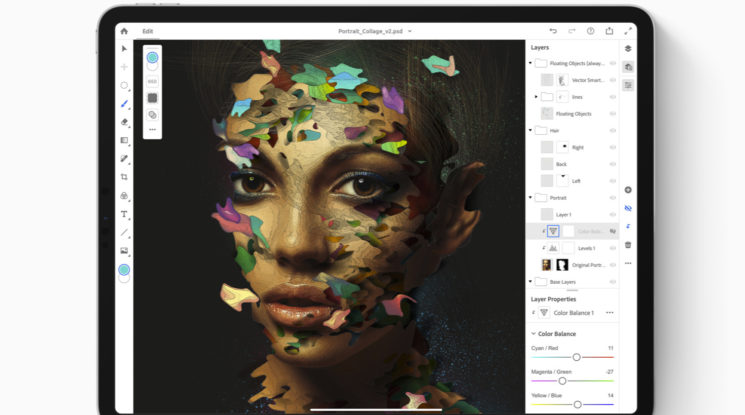 So, Apple’s done its latest round of product announcements. Amongst them, there’s a new iPad Pro, and it seems to have seen some pretty significant changes over the previous models. It’s had a huge “next generation” performance boost, with a new design offering a substantially larger screen ratio. But probably the biggest change is that the Lightning port has disappeared. It’s been replaced by a Type-C USB 3.1 Gen 2 socket.

The new iPad Pro comes in 11″ and 12.9″ sizes, with most of that being screen. A very thin bezel around the outside is possible due to the integration of Face ID. All you need to do is look at your iPad Pro and it opens up. It’s what Apple is calling a Liquid Retina display, and features advanced pixel masking, sub-pixel antialiasing wider colour support with True Tone, an anti-reflective coating, new backlight design and refresh rates up to 120Hz. 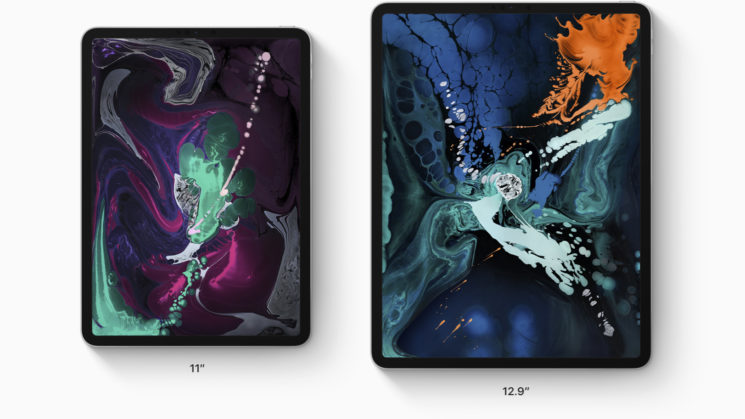 At only 5.9mm thick, they shave a whole millimetre off the previous generation, and they’re the first iPad Pro models to offer up to a whole terabyte of storage space. This huge capacity isn’t by accident, as full blown Adobe Photoshop CC is coming to the iPad Pro in 2019, so you’ll have lots of space to store those photos.

The demo of Photoshop CC during the presentation shows a 12,000×12,000 pixel PSD file weighing in at over 3 gigabytes and over 150 layers working at extremely smooth speeds with the claim of “zero lag”. But how do you even get your photos onto the iPad Pro in the first place? Well, goodbye Lightning port and hello Type-C USB 3.1 Gen 2.

Finally, Apple seems to be catching up to Android and letting you pull images straight from your camera and presumably card readers, too, straight over USB. Sure, I might not have Photoshop CC on my phone, but my ASUS ZenFone 4 and 5 have been able to do this for well over a year.

I didn’t see it mentioned, but hopefully, you’ll also be able to hook it up to an SSD (which I can also do with my phone) for unloading files off your iPad, too. Well, that is assuming Apple offers a way to do that in their completely locked down file system.

The iPad Pro also contains a 12MP camera for Smart HDR photos and 4K video. I’m not entirely sure the sorts of people buying an iPad Pro are the same sorts of people who take photos on their tablets, but, it’s there. You know, just in case, for example, you happen to be at a wedding and you don’t think the photographer that’s being paid to be there is doing a good enough job. It also features a TrueDepth camera for Portrait selfies, but you could probably use it for things like Skype and Facetime, too. 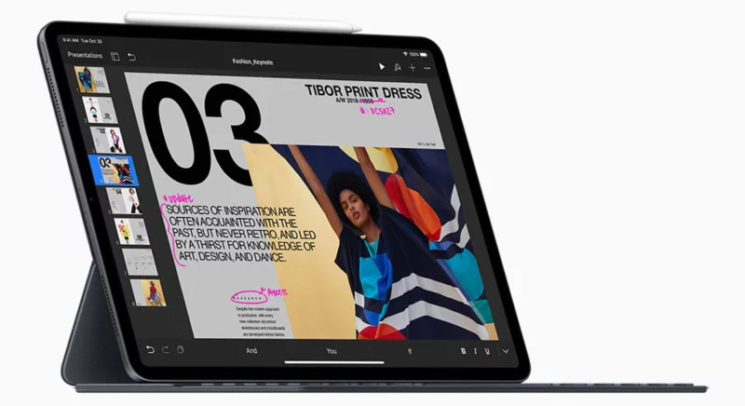 There’s also a new second-generation Apple Pencil to go along with the new iPad Pro models. It attaches magnetically, offering wireless charging. It has a new touch sensor to let you interact with apps by tapping on the pencil. And there’s a new Smart Keyboard Folio, which protects the front and rear of the iPad while offering a full size fold out keyboard.

It seems the iPad is finally starting to grow into a very versatile mobile professional platform. I can see this easily becoming a viable laptop replacement for a great number of photographers and retouchers, especially once Photoshop CC finally lands next year.

Hopefully, Type C will start to trickle down to Apple’s other iOS-based devices, too. Perhaps then we’ll quit seeing so many iPhone-only products designed specifically for the Lightning port.