I’ve become a big fan of Litra’s super tough LED lights. We even use the LitraPro LED as an on-camera light when we cover shows. So when I heard that they were bringing out a big, powerful RGBWW LED light, I had to see it for myself. So, we stopped by the Litra stand at IBC 2019 to have a look at it in person, and find out more about it. 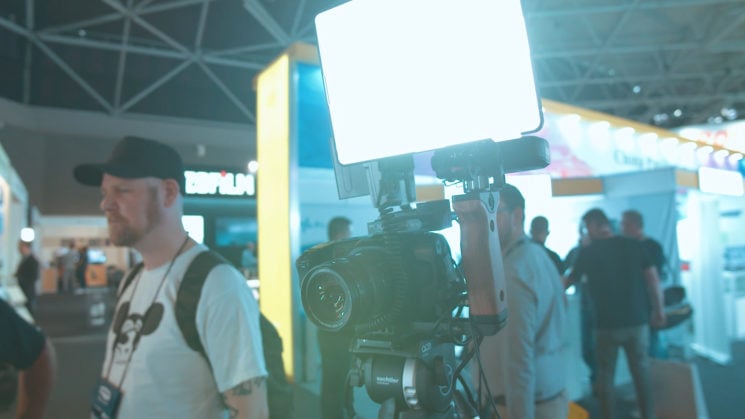 Seeing that we had the LitraPro on top of our camera rig, Litra actually let us borrow a LitraStudio to shoot this interview. As you can see, it performed pretty well, offering a nice amount of fill light against the ambient of the show, and we weren’t even at full power. But this isn’t just a larger and more powerful version of the LitraPro. It’s just as tough, rugged and waterproof as its smaller siblings, but it also packs in a whole lot more new features.

Being an RGBWW LED, it has options available to it that aren’t in the LitraTorch or LitraPro models. Of course, you still get bicolour temperature adjustments from 2,000-10,000K like you do with the LitraPro, but you also get green/magenta colour cast correction, full RGB control to dial in specific colours and hues, lighting presets for things like lightning, police cars, fire, paparazzi camera flashes, and a host of other presets. 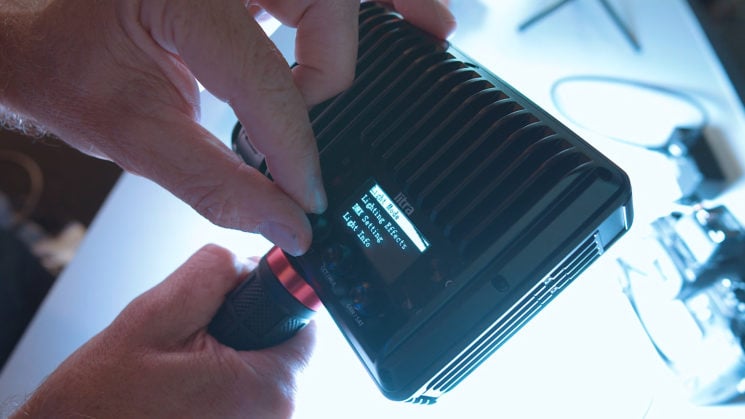 And speaking of paparazzi flashes, the LitraStudio can actually act as a camera flash, too. Litra has developed a cable, which is currently in the prototype stages, that will let you connect the LitraStudio’s USB socket to a PC Sync port on a camera, hotshoe adapter or wireless receiver. So, you can, theoretically, add this into any flash setup for which you have a spare receiver. At the moment, there are no colour adjustments when it’s in flash mode, but that is something they’re looking into for the future.

There are some other extra doohickies besides the PC Sync to USB cable that will be available for the LitraStudio, too. There’s a softbox kit which includes the softbox frame, diffusion panel, grid and barndoors. The diffusion, grid and barndoors can all be used together or individually to give you maximum control over the light coming out of the front.

But an interesting little box is Litra’s DMX controller. This is a separate purchase that allows you to control one or multiple lights, and link them up to other lighting kit using industry-standard protocols. 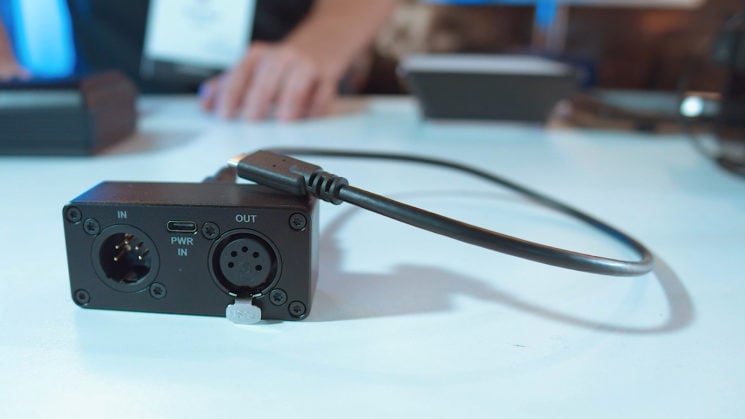 The LitraStudio also features an “overdrive” mode, which boosts the light output for short bursts when you just need a little bit more brightness. In standard mode, it maxes out at 2,400 Lumens, with the overdrive mode bumping that up to 3,000 Lumens for up to five minutes. After it’s over, it needs a five minute cooling off period. For comparison, during the flash mode, it puts out 6,000 Lumens.

Most of the features mentioned can be controlled either directly from the back of the camera using the OLED and a handful of buttons and dials, or you can control it remotely over Bluetooth using an app on your smartphone with either Android or iOS. 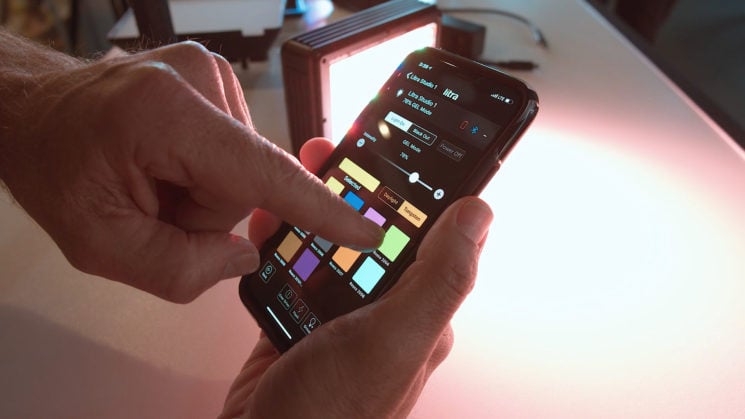 The LitraStudio will cost $649 and is expected to ship in mid-October. You can find out more on the Litra website.