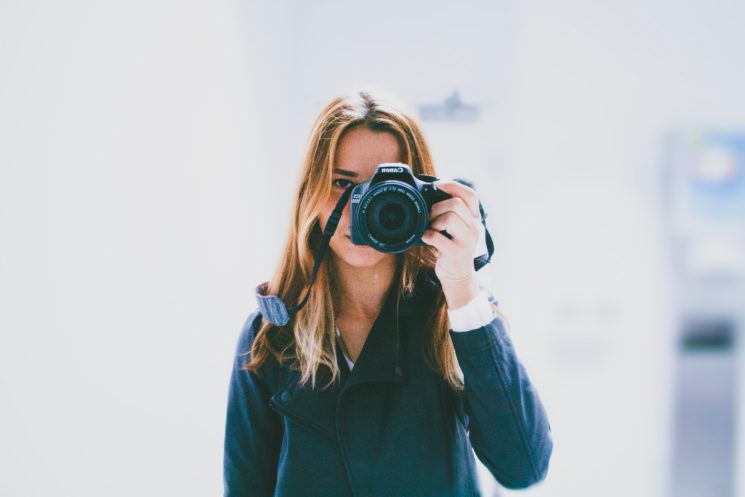 (In the World of Photography, there are many stories, some told tongue-in-cheek. This is one of them. There is a lesson at the end. Enjoy.)

Hello. I am a professional photographer and I am returning my Good Camera today. You know, the one that takes the Good Pictures. Yeah, it’s going back.

I saved my money to buy it. I almost did a GoFundMe campaign, but thought I’d better save the GoFundMe for the future, when I will undoubtedly do something silly, like drop the Good Camera and have to replace a lens or something. I figure GoFundMe is way cheaper than actually buying insurance and people love to help.

I wasn’t going to buy the Good Camera, but then fortune stepped in, as fortune often does, in the form of a Facebook request.

“Looking for someone with a Good Camera to take a few snapshots of me.”

Now, I had a camera and I felt it was Good but I started to question-was it good enough? I’ve been shooting with it for awhile and I know what comes out of it. And I realized, OMG..no, no it wasn’t good enough. I mean, here was a job opportunity for someone with a Good Camera. I could not risk messing up those few snapshots. A lot was riding on this. And the stuff that came out of my current camera, well, a lot of it was blurry and too bright or too dark. It became all to clear to me that I was the victim of a Bad Camera.

And I wondered why it took me so long to realize it.

So, I had a garage sale, gathered all my pennies together, told myself that I could eat Ramen Noodles for the next two months, and purchased what my friends told me was a Good Camera. I was pretty excited about it. I even had some money left over to buy a really pretty camera strap. Hey, if you’re going to buy a Good Camera, you’d better darn well show it off, right?

It’s bigger and heavier than my current camera and has lots of little buttons and wheels on it. I”m going to tell you right now, when I went to the park for the “Few Snapshots” job, I felt like da bomb. I might have strutted; I’m not sure. The Good Camera gave me a new found confidence. I felt important and secure in who I was.

I met the session and spent a full ten minutes shooting snapshots of her. Each time I pressed that button, it was like a jolt of electricity shot from the Good Camera to my creative soul. I was on a Good Camera high that lasted all the way home. I was pretty sure that I what I got against the tree in our local Photo Park was going to make the cover of Rangefinder Magazine. I saw myself accepting awards: “And the next award goes to a woman who, having purchased a Good Camera, now creates work worthy of Rembrandt, Michelangelo, Ansel Adams, and that guy who Photoshops dinosaurs into wedding party photos.”

And then, I came home and downloaded the images. And I’m not gonna lie-I wept when I saw them..not because they were good, but because they weren’t. Most were blurry; some were too dark; some were too light; about half were silhouettes.
They looked JUST like the images from my Bad Camera.
And I got really upset, you know? Here I went spending all this money to buy a Good Camera just to find that the images looked exactly the same as before. I was horrified. I had spent almost all the money I had on a Good Camera; I had been living on Ramen Noodles and for what? There was absolutely no difference.

So, I went to all of my Photography Facebook Groups and shared my story. I love how supportive everyone is. Well, not everyone. There are always a handful of folks that have been doing this awhile that like to make themselves feel better by saying it’s somehow my fault. Please. That kind of talk never helps.

And then a friend pointed out the real problem; and yes, I felt kind of stupid when I realized it…the Good Camera was broken.
I’m not mad or anything; these things happen. Just because it’s new in the box doesn’t mean it can’t have something wrong with it. So, packaged it back up and will return it to the store this afternoon for a replacement. I still have my receipt, so there shouldn’t be any problem.

As for the “Few Snapshots” session, I think I can use that shadow slider tool in Photoshop to bring out her face on the silhouettes; the too bright ones I’ll call “Fashion,” and the the blurry ones will be “Fine Art.” I think it will be fine.

The Moral of the Story: A CAMERA IS ONLY AS GOOD AS THE PHOTOGRAPHER USING IT.

Lynn Cartia (AKA Missy Mwac) is a photographer/eater of bacon/drinker of vodka and a guide through the murky waters of professional photography. You can follow her social media links here: Facebook, Tumblr. This article is also published here and shared with permission.

Here’s how to shoot great video with any camera. Even a toy camera
« Here are the best April’s fools photography jokes from around the web (2018)
How to add images to displays in Photoshop and make them look legit »