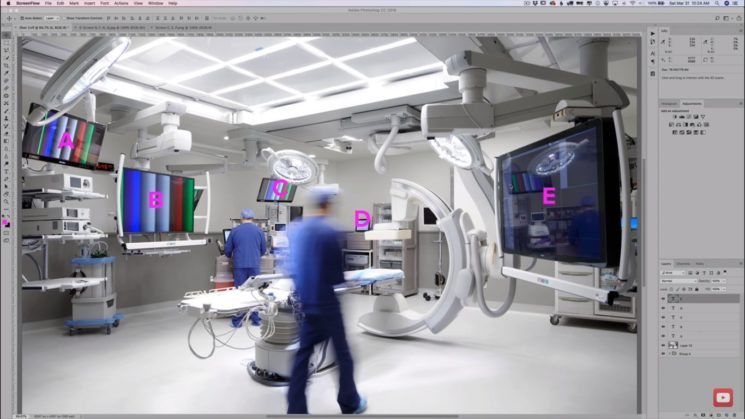 When you shoot photos of interiors, you may want to add photos to TV screens or other displays in the room. In this video, photographer Tony Roslund shares his technique that will help you make such composites look realistic and as if they were created in camera.

Tony gives an excellent example of his compositing technique because the photo he’s editing has several screens in different parts of the room. Each of the screens faces in a different direction and have light hitting them from different angles. In his tutorial, you can see how he edits to account for position and direction of light.

Before compositing – communicate with the client

Before adding any images to monitors, Tony likes to mark each of them with a letter and send the photo to the client. This way, the client can say precisely what they want to see on each monitor and there will be no misunderstandings.

Before compositing any photo onto a monitor, Tony makes a selection of the screen, creates a new layer and fills it with black. This way, when he drops the opacity of the photo he added, there won’t be any of the original image visible beneath it.

The next step is to add the image you want to the monitor. Transform it so it fits the size and the angle of the screen. As Tony puts it, this is where most people would finish the job. But, at this point, the composited image can still look unnatural. So, there are a few additional steps to make the image on the monitor look realistic. 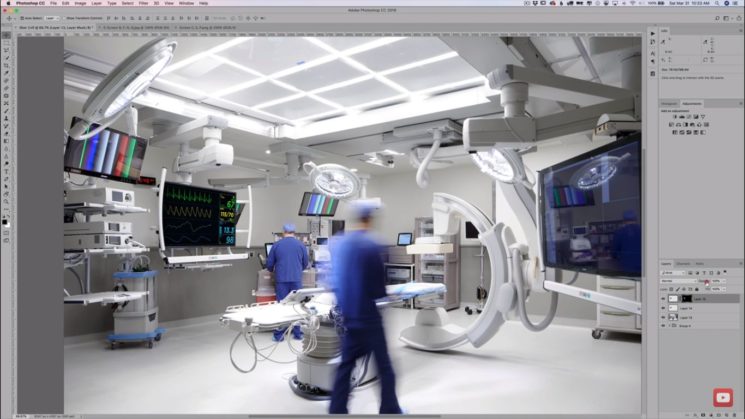 First, Tony reduces the opacity a bit to make the composited image stand out less. Then he adds another new layer, makes a selection of the screen and adds a white-to-transparent gradient over it. He reduces opacity so that the gradient looks more natural as if the light from the room is reflected in the monitor.

Here’s the final image he sent to the client: 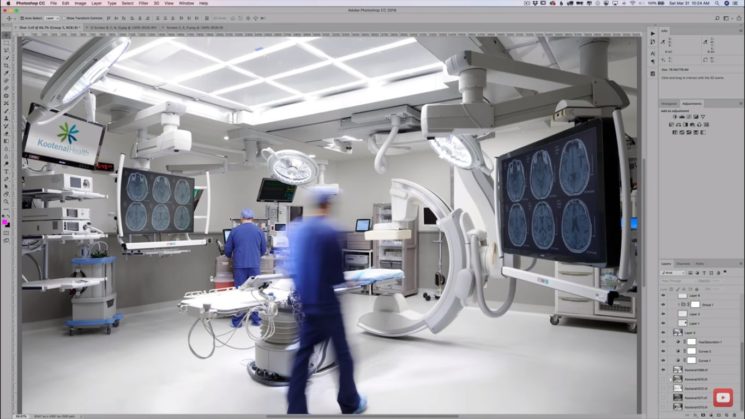 [How To Create Realistic TV & Monitor Screen Composites via FStoppers]