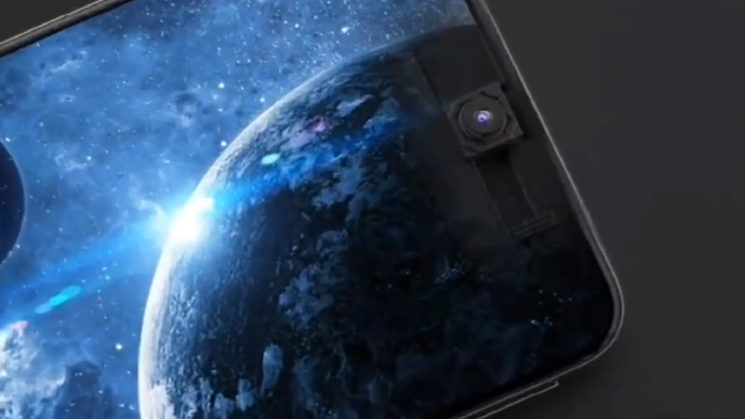 One of China’s largest OLED manufacturers, Visionox who provides panels for flagship smartphones like Xiaomi’s Mi 10 and Mi Note 10 has announced that they’re ready to begin mass production of smartphone displays compatible with under-screen cameras.

The concept has been around for a little while now. The first was unveiled in June last year, by Oppo. But it was mostly a proof-of-concept prototype showing off the idea rather than an issue-free device that was ready for prime time. It faced one big challenge, which Visionox claims to have beaten.

Ever since the iPhone debuted its “notch”, smartphone manufacturers have been trying to figure out a way to maximise the space on the front of smartphones. We’ve seen some great solutions like flip up or pop up hidden cameras that are ready to leap into action when called upon as well as the popular “punch holes“.

The goal is to completely hide the camera and eliminate all the moving parts, which is where the under-screen cameras come in. Aside from the issue of pixel density, which would reduce the amount of light entering the camera, there are also other issues that smartphone screen manufacturers have needed to overcome, particularly relating to brightness and contrast.

Obviously, you don’t want there to be a noticeable difference between the area of the screen which covers the camera and the rest of the display when looking at it, but you also don’t want to introduce colour and contrast pollution into the image recorded by the camera due to what’s being displayed on the screen, either.

Visionox claims that the issues with such technology require a combination of both hardware and software fixes. Different film materials will allow for higher levels of transparency through the screen itself, but software algorithms will still be required to correct brightness, colour gamut and viewing angle issues.

While it still sounds as though it won’t be quite as good just yet as using a visually unhindered camera residing looking through a notch, punch hole or another method that doesn’t cover the lens, it seems the journey has well and truly begun. Even if it requires a little software help to take it those last few steps, that’s not too unusual. Most smartphone photography depends on at least some level of computational assistance these days.

Although Visionox says they’re ready to mass-produce the displays, when we’ll see a mass-produced phone that uses one is unknown, although GSM Arena expects we may be able to see some demo units by the end of the year with product launches beginning in Q1 2021.

[House of IT via GSM Arena]

How To Organize A Mass Photoshoot (In Under 2 Weeks)