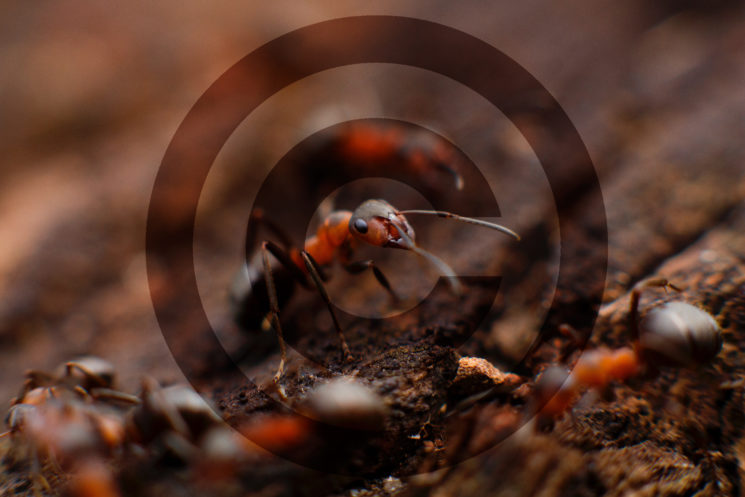 Copyright infringement is something that most photographers have faced at least once. Recently, biologist and insect photographer Alex Wild has faced this problem as well. A company named Cypress Creek Pest Control used some of his bug photos on their web page. Wild’s website clearly states the terms of use, and the company reportedly neither paid for the photos nor asked for Alex’s permission. After failing to remove the images, Wild decided to sue them for a whopping $2.7 million.

If you go to Wild’s website, you can read that he generally licenses photos for $40 to $400 per image. As Resource Magazine writes, Wild discovered that a pest control company was using a couple of his photos on their website. They hadn’t bought them or at least asked for his permission. Reportedly, this is when he had his lawyer send a cease and desist letter to the company, but he didn’t get a response.

After a couple of months, the photos were still on the company’s website and he still hadn’t received a response. According to the same source, Wild then decided to send another letter. This time, their CEO replied. He was allegedly “trying to find the source of the problem,” so Wild left the case to sit for another few months. However, when he checked their website for a third time, not only were the photos still there, but the company had uploaded eight more of Wild’s images. At this point, Wild decided to file a lawsuit.

According to Resource Magazine, Wild went for the maximum suit for copyrighted images: $150,000 per photo. With 18 stolen images, the potential compensation payout amounted to $2.7 million.

In a statement to FStoppers, Wild said that he couldn’t comment publicly on his particular infringement case, possibly because it’s still ongoing. However, he did admit that this is the largest of several lawsuits he had filed recently.

These typically do not proceed to filing unless the infringing company repeatedly fails to respond after being made aware of the problem. In some of the more incredible cases, including this one, the infringer not only does not respond but continues to upload new infringing copies.

The photographer added that “it’s maddening how often this happens.” And indeed, I think I don’t know a photographer who hasn’t been a victim of copyright infringement at least once. And sometimes those who stole the images don’t even realize what they did wrong.

If you register your images with the Copyright Office in the US, this will afford you greater protection should your images be stolen. Do note that the rules have changed recently, but it remains good practice to protect yourself as much as possible.