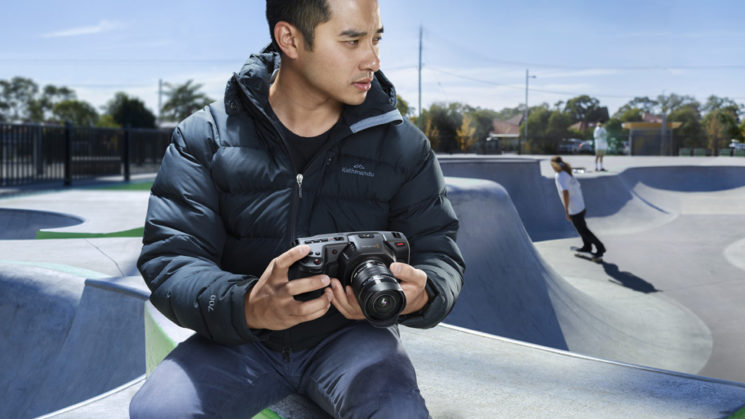 The Blackmagic Pocket Cinema Camera 4K seems to be all people have been talking about since its announcement a few days ago. A 4K raw cinema camera capable of shooting ProRes and CinemaDNG RAW video for under $1300. And while the design might have suggested it, did you know that it’s also a stills camera, too?

YouTuber Kinotika had a quiock play with one during NAB recently and put together this list of the most important things you need to know about this camera.

It’s only an 8 megapixel sensor, but it means that filmmakers will be able to grab a quick still of their scene to send out for grading. Or to bring into Photoshop and adjust to make LUTs for use with the footage in editing applications. If you’re shooting in ProRes it’ll create 8Bit JPGs. If you’re shooting CinemaDNG it will create 12Bit DNG RAW files.

While I wouldn’t consider using something like this primarily as a stills camera these days, having that ability is very handy.

The BMPCC4K features two microphone connections. There’s the standard 3.5mm socket that we see on most DSLR and mirrorless cameras, but there’s also a Mini XLR. And this Mini XLR socket is capable of supplying 48v phantom power, too. So, if you want to use a “real” microphone, you’ll have no problem doing that. 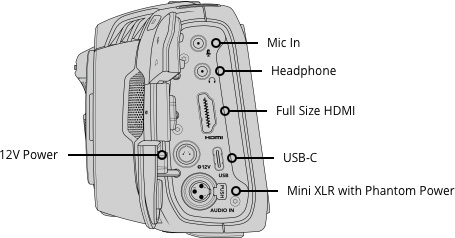 Video can drain your batteries quite quickly. Once you add phantom power for microphones in the mix, it can often feel like it lasts hardly any time at all. So, the BMPCC4K offers a couple of different options for powering your camera.

Of course, there’s the internal battery, which is a Canon LP-E6 (the same battery used in the 5D Mark IV, 6D Mark II, 7D Mark II, etc.) which they say offers around an hour of record time. But you can also power the camera through a locking 12v connector, allowing you to go for much longer.

This won’t power your camera while it’s turned on, but what it will do is let your camera charge its internal battery when the camera is turned off. But it’s not just for charging. You can also use it for external storage, too. Plug in a low power storage device like a memory stick or SSD and record your footage straight out to that external device.

6. You can use Speed Boosters

This was something people begged for with the original BMPCC, and that was Metabones Speed Booster compatibility. The Metabones speed boosters have been very popular with Sony APS-C and Micro Four Thirds shooters to let them get that full frame field of view on the smaller sensor. Now, the BMPCC4K features the electronic connections to communicate with the lens and offers compatibility with speed booster lens adapters.

The BMPCC4K features a full-size HDMI socket instead of a Mini HDMI like most other cameras. While this may not seem like a big deal, full-size HDMI sockets are much stronger than Mini ones and can more easily stand up to the daily abuse of having cables plugged in and pulled out without failing. And it outputs 10Bit 4:2:2 uncompressed 1080p.

The BMPCC offers several different flavours of RAW. There’s the completely lossless uncompressed format which eats up masses of storage space, but is the fastest to process as it doesn’t need to compress it. There’s also a compressed RAW format at either 3:1 or 4:1 ratio. The video doesn’t say whether this is lossless or lossy compression.

But what’s pretty cool is the potential for the future. Blackmagic tell Kinotika that they’re currently experimenting with ProRes RAW and we may see a firmware update to add this to the BMPCC4K coming at some point. ProRes RAW was just announced recently when DJI said they were to implement it into the Zenmuse X7 camera through a firmware update.

Front button features make this camera ideal for recording video of yourself, as many YouTube presenters and vloggers do. The start/stop record button sits on the front of the camera just to the side of the grip making it easy to see and trigger when in front of the camera. Autofocus and exposure buttons are also easily laid out on the back of the camera where you can reach them without confusion.

Of course, you’ll need to add a monitor on top, and then a microphone to really make good use of it for such a purpose. And while it may be great in a more controlled studio or other interior environments, I can’t see many people walking down the street vlogging with this.

On the top of the camera are a number of function buttons that can be customised. You can configure them to more easily access your most commonly used features. Aperture control or white balance, for example. 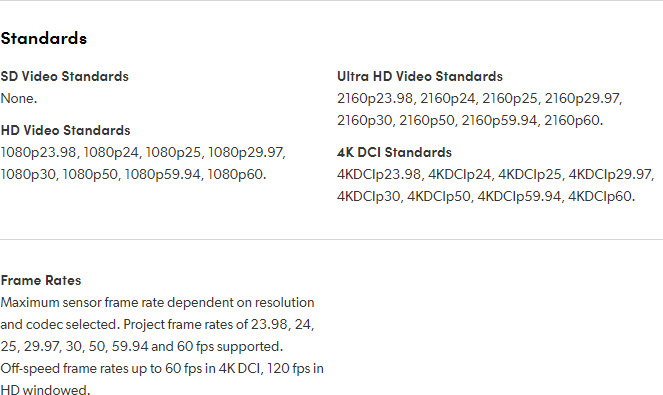 The camera allows you to shoot up to 60fps at 4K DCI with CinemaDNG or with 4K UHD when shooting ProRes. You can also shoot up to 120fps in 1080p with the 4K crop mode.  Whether or not the bitrate will increase when shooting these higher framerates is unknown, and it doesn’t seem to mention it on the specs. I suppose only time will tell. If it does, you’ll need a very fast card for 4K DCI 60fps raw.

The Blackmagic Pocket Cinema Camera 4K is available to pre-order now for $1,295, and ships in September.

The more I hear about this camera, the more I’m looking forward to giving one a spin when they’re released. I don’t know how well it might replace existing cameras in my workflow, but it’ll be fun finding out.

« The monkey selfie case goes on: the court refuses settlement between PETA and photographer
The future is here: cops identified drug dealer’s fingerprints from a WhatsApp photo »