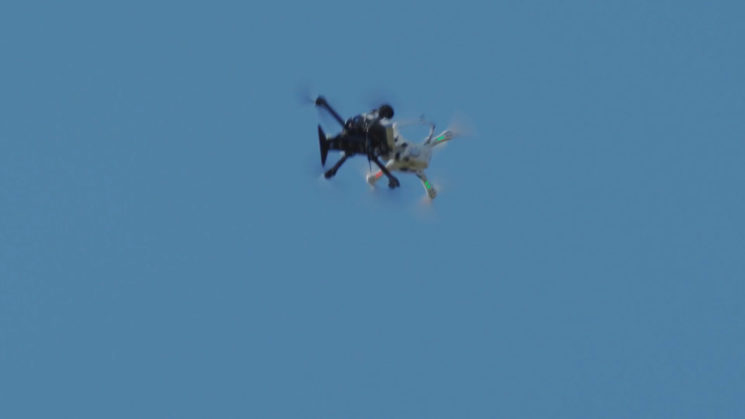 There have been lots of devices and methods worked on for taking unwelcome drones out of the sky. There was that stupid eagle programme, shooting them out of the sky, trapping them in nets, signal jamming and signal hijacking. And there have probably been other ways that haven’t been made public.

So far, though, I haven’t seen anybody suggest using one drone as a battering ram to literally knock the other drone off balance, causing it to crash (quite literally) to the ground. At least, not until now. But that’s the mission of the Anduril “Anvil”.

The Anvil, as it’s been nicknamed, is the creation of Palmer Luckey. The news that they were working aerial battering ram tech was actually announced a week ago, but now they’ve released footage of what the thing looks like and showing it in action, taking a DJI Phantom out of the air with relative ease.

It’s a self-piloted AI drone with what essentially looks like a big concrete block attached to the top of it. At least, that’s what it looks like in the video. 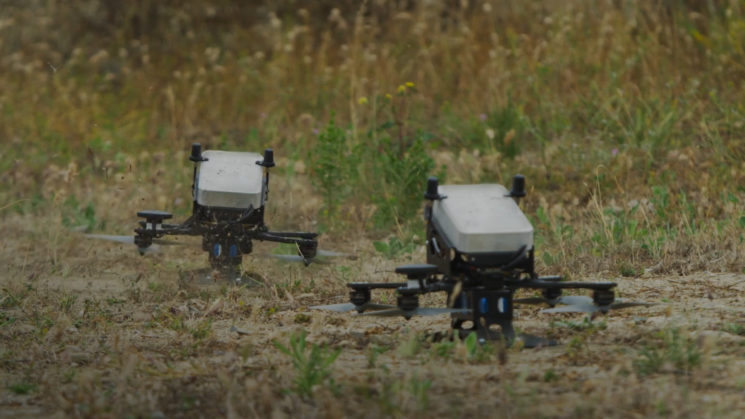 The propellers, which would normally sit above the body of the drone actually sit below the main bulk of the unit. The Verge reports that it’s optimised for short bursts of speed, and this positioning allows the drone to come up underneath its target and knock it off balance while minimising the risk to itself. The weight of the block on top likely just helps to ensure that it hits harder than the drone it’s slamming into.

It’s a neat idea, but ultimately there are two main issues. Palmer Luckey’s concern is that the Anvil will take too much damage with each impact it makes, thus increasing the cost of maintenance and repair. The bigger issue, though, would be that drones are going to be falling out of the sky.

While the Anvil would hopefully be able to bring its weight back safely down to the ground, the same can’t really be said for its target.

They say that it’s designed to be used primarily by the military, though, so I wouldn’t worry too much about being hit on the head by an errant drone out in your local park. Well, no more than usual. And I doubt it’ll be available in stores anytime soon.

I like the concept, but I’m curious how well it’ll actually work in the real world. I mean, sure, a drone pilot flying FPV might not see the Anvil coming up underneath it, but if it’s being controlled by a pilot with a remote who can actually keep their eyes on it, I imagine it’d be fairly easy to dodge if necessary.

This is the chaos drones cause when flying near airports

« My Facebook photography page was hacked and used to scam hundreds of people out of their money
Manfrotto announces the water-resistant Lykos 2.0 bicolour on-camera LED light »