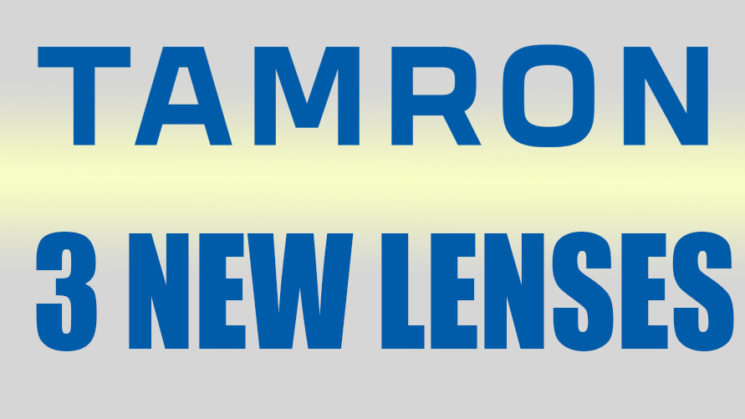 Tamron has recently released its 2019 financial report, and there was an interesting piece of information hidden within it. Other than the already launched 20mm f/2.8, it looks like the company will launch three more lenses for Sony E in 2020.

Unfortunately, the company hasn’t disclosed which new lenses we’ll get to see during 2020. According to Sony Alpha Rumors, all three of them will be for the Sony E mount. The company expects the sales of own-brand [mirrorless lens] brand models “to increase the sales compare to the previous year.” In addition, you can expect the backorders on the 17-28mm f/2.8 RXD (A046) “to be cleared by the end of this month.”

CP+ 2020 is getting closer, so I believe that this is when we’ll know more about the previously announced 70-180mm f/2.8, but also perhaps about the three other lenses. In the meantime, let us know – which lenses would you like to see from Tamron?

Report: DJI to announce three new drones in 2020, the first one coming in February