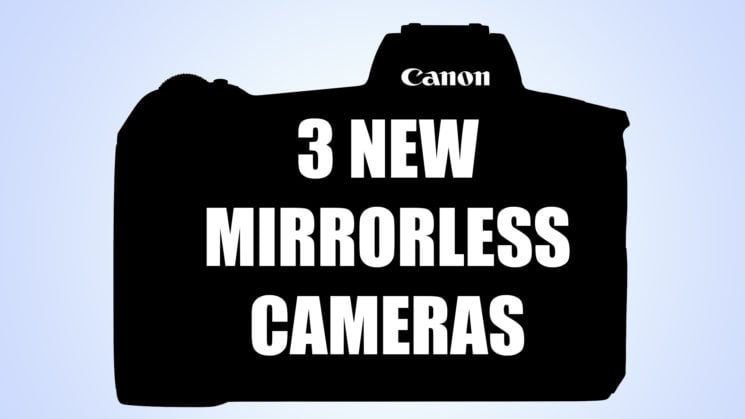 2020 has just begun and it looks like it will be an exciting year when it comes to Canon cameras. According to the latest reports, Canon might introduce three new mirrorless cameras over the course of 2020. And what’s more, the first of them may come as soon as next month.

According to Canon Watch, the first camera to be introduced is the Canon EOS Rs. It will be a high-resolution cousin of the EOS R, and it may be announced in February the current year. We don’t know anything else about it, but if the announcement is indeed that close, we’ll likely see some more leaks over the next few weeks. There are even some leaked specs already, and here they are:

Next is the Canon EOS Rm, Canon Watch writes further. According to them, this camera will be even cheaper and more “entry-level” than the EOS RP, introduced this time last year. The Canon EOS RP was $1,300 when it was released and now it retails for $1,000, so it will be a challenge to make it cheaper. Also, the EOS RP left filmmakers pretty disappointed, so I wonder if Canon will manage to make a more affordable camera while also not repeating the same mistakes. If this camera really gets announced, it is likely to happen around May 2020.

Lastly, there’s the third EOS R camera that seems pretty mysterious in the report. There are no details or leaks about this camera, but it’s likely that it will be announced near the end of the year if the previous two are announced earlier. Also, it could be the Canon EOS R Mark II, which was already rumored a few days ago. That’s just my assumption though, so take it with a grain of salt.

For now, we know nothing more about the upcoming Canon cameras. But if the first announcement is in February, I believe we’ll know more soon about at least one of them.

What do you think Canon will announce? What would you like to see from Canon in 2020?

« How to use light, shadows and highlights for dramatic portrait lighting – Part 1
Seven things I’ve learned since I set up a family photography business »