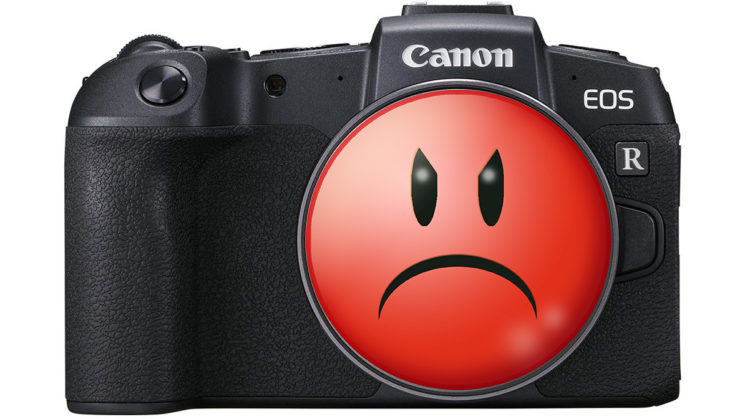 With the new Canon EOS RP, Canon has added the second RF mount camera to its lineup. It’s the lightest and least expensive Canon full frame camera ever, and it has some promising specs. However, judging from the first impressions videos, filmmakers and other video content creators aren’t exactly pleased with the latest Canon mirrorless.

While this lightweight mirrorless with a flip screen could be useful for vloggers, Matti Haapoja has spotted some serious setbacks for shooting other kinds of video with it. Although the Canon EOS RP shoots 4K, there’s no Dual Pixel AF in 4K. On the other hand, when shooting in 1080p, you can only shoot 30fps or 60fps, there’s no 24fps. So, he notes that this camera won’t be useful even for beginner filmmakers.

Caleb Pike of DSLR Video Shooter is equally disappointed. He points to the same drawbacks as Matti, adding that there’s no 120fps at 720p. He also adds that using a crop EF-S lens on this camera you are only left with “terrible 4K” or 720p.

After the initial excitement, Max Yuryev changed his opinion after discovering the same drawbacks and quirks.

Potato Jet sticks with the same opinion as the previously mentioned video makers.

Lee Zavitz of Zed Pro Media had his heart broken by Canon on Valentine’s Day, as he puts it. Yeah, you guessed it, another disappointed filmmaker.

According to Camera Conspiracies, the “P” in the Canon’s “RP” stands for “please for the love of God Canon, stop doing this to us, just give us a good camera already.” He’s not a fan of the EOS R either, and he thinks that the “budget version” is even worse.

Although the Canon EOS RP has left filmmakers disappointed, it doesn’t mean it’s necessarily a bad camera. Apparently, it’s not aimed at professional filmmakers (probably not even professional photographers). At the price of $1,299, it’s a pretty good deal for an entry-level full-frame mirrorless, and it can be a good travel camera. So, at least some photographers could find it useful, even if probably won’t be the first choice for filmmakers.

« Are wedding photography competitions fixed?
12-Bit raw video is coming to the Z6 & Z7 and Nikon DSLRs to get CFexpress support »