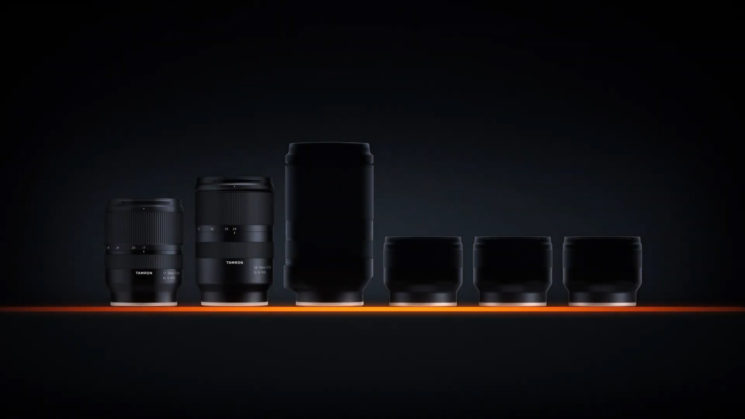 Recently, Tamron published a teaser video for four new lenses they planned to announce at some point in October. It was reported that they were to be a 70-180mm f/2.8 zoom along with 20mm f/2.8, 24mm f/2.8 and 35mm f/2.8 primes. Now, it seems Sony Alpha Rumors has potential release dates for all four lenses. Or at least, release years.

SAR says that they’ve received the shipment period for the four new Tamron FE lenses, which will be announced at some point during October.

If the list is accurate, it looks like we’ll see at least a couple of them shipping this year, although f/2.8 seems kind of slow to me for a prime lens. Hopefully, they’ll come at a price point that makes it worth it over the Sony 35mm f/1.8 and Sigma 24mm f/1.4 Art lenses. Next year’s 20mm f/2.8 release, I expect will also be significantly less expensive than something like the Sigma 24mm f/1.4 Art lens, given the 2-stop difference, bringing some nice wide-angle primes into the hands of lower budget users.

There’s no word on exactly when in October Tamron will make an official announcement, but we’ll let you know when we hear more.

Are you looking forward to getting your hands on any of these?

« The world’s largest lens is being perched on top of a mountain to shoot 3.2-gigapixel images every 20 seconds
We’re not saying the Westcott FJ400 and Jinbei HD-400 are the same strobe, but they sure look similar »