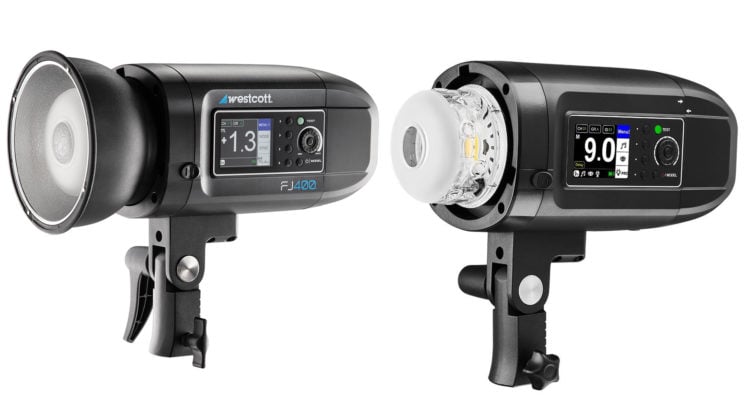 I’ve seen a few posts recently about Westcott’s new FJ400 strobe, with a couple of sites labeling it the “best value strobe” on the market. We even covered the announcement here on DIYP and it looks fairly impressive, holding up to competitors like the Godox AD400Pro quite well in many respects.

But is it really Westcott’s new strobe? Or is it Jinbei’s HD400, released over a year ago, just with “Westcott” stamped on it? WE are not saying that it is, but we are saying that there are some striking similarities.

The biggest comparison I’m seeing online is Westcott FJ400 vs Godox AD400Pro. So, let’s take a look at those specs and see how the two actually compare on-paper.

They look pretty close to me. The Westcott appears to have the edge in a couple of places, like the faster flash duration in “Freeze” mode, although it comes with a 1,000K variance in colour temperature, whereas the AD400Pro drops down to a mere 150K colour variance in stable colour temp mode vs the FJ400’s best offering of 300K variance.

The AD400Pro offers a stronger LED modeling lamp, and while you’ve got less chance of conflicting with other 2.4Ghz signals on the Godox system due to the availability of 32 channels over only 16 on the Westcott, the Westcott allows control of up to 10 groups, for more configuration options in your setup.

But, here’s the thing. The Westcott FJ400 looks an awful lot like the Jinbei HD-400 that’s been out for over a year now. And, as you can see from the image above, it also looks a whole lot like Adorama’s Orlit RoveLight RT 400 that also came out over a year ago. The Adorama version, by the way, is currently selling for $399. $170 cheaper than Westcott’s “Best Value Strobe”.

There’s not really much point doing another comparison chart for the Westcott FJ400 vs the Jinbei HD-400 (or the Orlit RoveLight RT 400), because they’re essentially identical. Down to the very specific 1/19,000 Sec Flash Duration. The only difference between the listed specs that I could see is that the Jinbei and Orlit lights state a 15W modeling lamp while the Westcott boasts 20W.

It could be that the similarities between the Jinbei/Orlit and the Westcott are purely cosmetic and the internals are different. That same claim was made by another lighting company a number of years ago who was also allegedly rebranding Jinbei lights. Jinbei and the other company denied the simple rebranding claims, although the performance of both brand units was identical in the hands of users.

But just because one company might have mismanaged the truth about that in the past does not mean that it’s not possible. And Westcott certainly has the resources to develop their own internals to fit somebody else’s enclosure if they wanted to. Although, if that is the case, it makes me wonder why they didn’t go to the effort of creating an original exterior as well.

The Westcott trigger, too, that has apparently “changed the game completely”, also looks basically identical to the Jinbei TR-Q7. Here, at least, Adorama’s Orlit system makes no attempt to hide the fact that it’s just a rebadged Jinbei, using the exact same model number. And it’s $10 cheaper than the Westcott.

Even if they are the same light, Westcott does have the advantage of being able to offer a much better warranty and repair service than Jinbei, as the Jinbei HD-400 only appears to be available through eBay sellers. There’s no mention of it on Amazon or the usual big online retailers. So, if you get the Jinbei and it dies, you’re either going to have to ship it back to China or you’re just plain out of luck. But, that Orlit comes from Adorama, who also usually have pretty good warranties.

Of course, the Westcott strobe and trigger have a combined price of around $670. The Orlit branded versions of seemingly the same products has a combined cost of around $490. So, I’m not sure the Westcott really is the “best value strobe” that some seem to be proclaiming. At least, not on paper. I haven’t really seen anything yet that tells me that the Westcott is any different to the Jinbei/Orlit light.

What makes me curious, though, is why this $670 combo is now being hailed as the “best value strobe”. When Adorama released a very similar strobe a year ago, nobody seemed to care. While Adorama’s price at launch was higher than it is now, kicking off at $499, it’s still lower than the $549 Westcott wants. So, why was nobody shouting and raving about it then?

I’d love to see if somebody can get the two units side-by-side to really test their performance capabilities and see if there is any actual difference between the Westcott and Jinbei/Orlit versions.

If they are the same unit, though, it seems the “best value strobe” might actually be the Orlit RoveLight RT 400 and Orlit TR-Q7 trigger and not the Westcott.