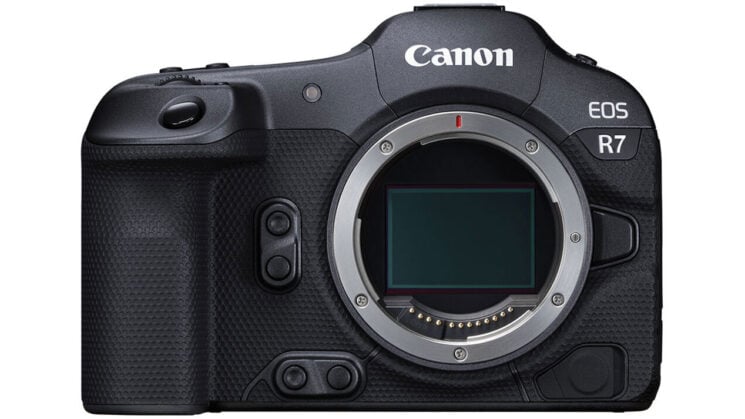 Well, that didn’t take long. Just days after rumours confirm (if that in itself isn’t an oxymoron) that the Canon EOS R7 is going to be announced later this year, we have our first set of rumoured specs. Honestly, though, I’m not entirely sure how accurate these are going to be at this stage. I think most of these can be put down to some decent guesswork based on the other stuff Canon already has on the market.

But as well as a first rumoured specs list, Canon Rumors is reporting that “trustworthy sources” have told them that Canon will release two “RF-S” lenses – the mirrorless equivalent to Canon’s EF-S APS-C DSLR lenses – at the time of the EOS R7 launch.

Let’s take a look at the specs first, which brings the announcement forward slightly from Q4 to about halfway between Q3…

As I said, some of the specs – if not all of them – can be put down to just some decent guesswork, really. 32-megapixels isn’t an unreasonable number camera these days, even an APS-C one, and we know Canon’s working with BSI sensors now, since the EOS R3’s release. The Digic X chip also isn’t much of a surprise. It was in the EOS 1DX Mark III, it’s in the EOS R5, R6 and R3, so for a sports & wildlife oriented APS-C body, it’s not exactly a stretch. The same goes for the dual SD/CFexpress card slots, video capabilities, c-log, the fancy new hotshoe (well, duh).

The specs may be right, but they could equally be wrong. It looks to me like a logical best guess based on what Canon already has out there. I would hope that we could get some higher FPS on that 4K video, though.

As far as the two new lenses that Canon is expected to announce alongside the EOS R7… Again, I think this is quite logical. They’re going to need to at least release a kit lens for a start, that they can sell with the camera – which Canon Rumors believes might be a Canon RF 18-45mm f/4-5.6 IS STM that’s been sitting on the roadmap for a while now. The other lens is possibly either a longer focal length range zoom (like a 70-300 equivalent) or perhaps a constant f/2.8 or f/4 aperture “normal” zoom.

I guess we’ll have to wait and see!

« The alternative Mother’s Day gift guide, for the MWAC in your life
Incredible drone footage shows the devastating power of Kansas tornadoes »