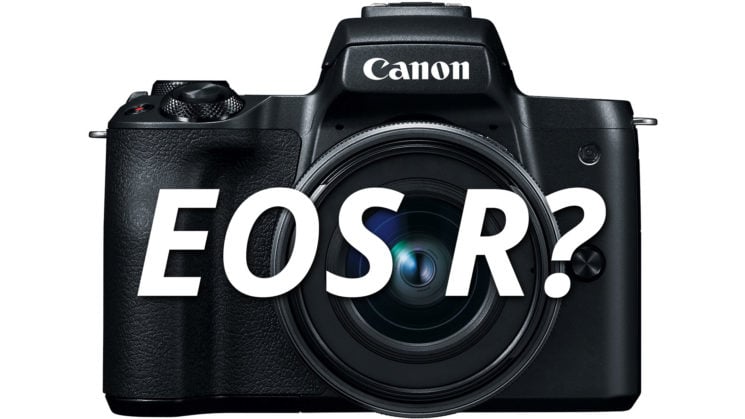 According to serial-leakers Nokishita, Canon’s new mirrorless camera will be announced at some point during the next four weeks. They’ve just posted a list for new product announcements coming in September that includes a new “EOS R” camera, along with four “RF” mount lenses, along with a few EF and EF-M lenses.

We’ve been hearing for a couple of days about the possible name for Canon’s new mirrorless camera. But Nokishita seems to claim a solid confirmation. The EOS R is expected to have a new “RF” lens mount, which may contain some backward compatibility with EF mount lenses.

They say that the new camera will be announced along with four new RF mount lenses.

Interesting, that the 35mm f/1.8M lens appears to have image stabilisation built in. The “M” moniker in its name also suggests that it’s a macro lens, possibly along similar lines to the Canon EF-M 28mm f/3.5 macro with the built-in LED ringlight.

If the rumours of EF backwards compatibility are true, it makes me wonder how the lens mount will look. If it has the same flange distance as Canon’s existing DSLRs, it would be huge. Of course, if that is true, then why go with a new mount at all? If the flange distance isn’t the same, then chances are they’ll require some kind of adapter like the Nikon Z cameras.

There is one possible adapter listed, too, although an official name is unknown. Nokishita writes “M adapter R?”. The form they saw show three adapters listed…

Whether it’s an adapter to let you use EOS R lenses on EOS M bodies, or it just means “Mirrorless adapter for R” is currently unclear. But what does look obvious is that some will have built-in neutral density filters and polarisers. This seems like a good move, especially for location video shooters who are used to having neutral density built right into larger cinema cameras.

Hopefully, the ND one will be an electronic ND, in a similar fashion to Aputure’s DEC Vari-ND.

Also expected are some lenses for Canon’s DSLRs and existing mirrorless range.

Finally, there’s a new PD-E1, which is some kind of USB power adapter. 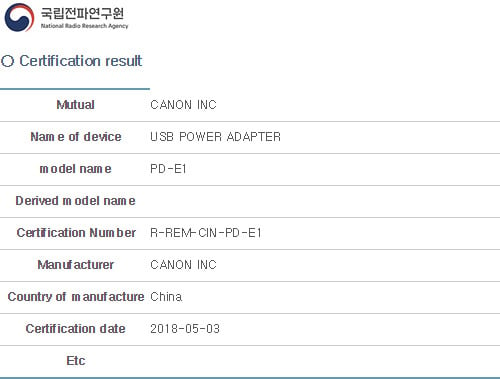 We’ve heard conflicting reports on exactly when the new announcements will come. We’ve heard dates from as early as September 5th, less than a week away, all the way to Photokina, starting on September 26th. But all seem to agree that the announcement is coming sometime in September.