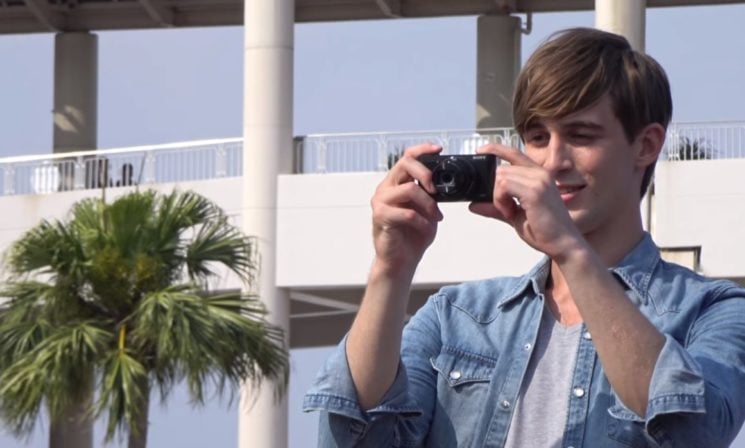 For all of you who want to travel light and don’t take photos with a smartphone, Sony has just launched two new compact cameras: HX99 and HX95. Both of them feature a 30x, which isn’t new for compact cameras. But the difference is that the 24-720 mm equivalent lens is placed in the tiniest body so far. Let’s see the specs of both cameras, as well as how they compare to other compact superzoom cameras that have been launched this year.

Both cameras feature 18.2 MP 1/2.3 CMOS sensor and offer 4K video recording at 30 fps. They both integrate optical image stabilization, Eye AF, and 10 fps burst shooting. You also have the option of shooting RAW with both cameras.

It appears that both cameras are aimed at vloggers, just like the recently launched Sony RX100 VI. They come with a tiltable 180° LCD screen, and you can add a VCT-SGR1 shooting grip/tabletop tripod to both models.

As for the differences, the HX99 seems to be aimed at those who want a bit more control over their shots. It has a touchscreen which lets you set focus. It also comes with a lens ring adjustment that lets you access to manual exposure settings.

Take a look at the key specs:

When it comes to the zoom features of this camera, the 24-720 mm is quite a lot and gives you a lot of versatility. But, it isn’t exactly groundbreaking. Nikon’s recently launched  Coolpix P1000 boasts a pretty impressive 24-3000mm equivalent optical zoom. But okay, compared to the new Sony cameras, it’s ginormous. Canon’s SX740 HS offers 24-960mm equivalent optical zoom (40x). It also features 4K UHD video, 20.3MP stills, a tilt-screen and a 10fps burst shooting. And it’s rather affordable ($400).

So, I guess that Sony is playing mainly on the size card this time. Both HX95 and HX99 really are tiny, yet pack a whole lot of features you may want to have in a compact camera. For now, both cameras will start shipping in Europe from October and there’s no word on the US availability yet. The prices are €520($610) for the HX99 and €500 ($590) for the HX95.

DJI announces their smallest drone yet