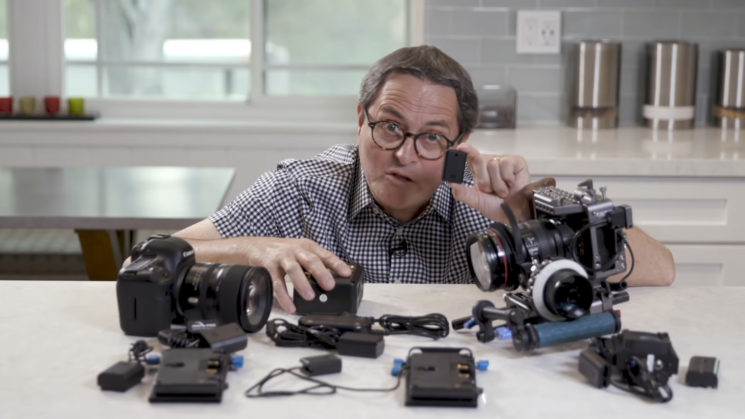 Anybody who knows me knows that portable power on location is a big deal to me. Whether it’s being able to recharge batteries in the middle of nowhere or directly powering cameras and other devices, I need portable power. I usually use my lipo batteries, USB batteries, and more recently the Novoo AC power bank, but these aren’t the only options.

In this video, Jay P Morgan at The Slanted Lens looks at a range of products from IndiPro that allow you to get all kinds of different power options when shooting on location.

The biggest issue with shooting video on mirrorless cameras or DSLRs is the relatively short battery life. Even in the best of conditions, you might get an hour, maybe. It’s why I often take out 6-8 batteries with me, and then have the Novoo or lipos in the camera bag as a backup in case those all run out.

If the locations are indoors, the power options are fairly straightforward. Many camera manufacturers offer their own AC adapters so you can plug your camera into the wall. I have half a dozen Nikon EH-5 AC adapters for use with my DSLRs. Depending on the model, these either plug straight into the side of the camera, or they connect to an EN-EL14 or EN-EL15 dummy battery. But there are plenty of 3rd party options out there, like the IndiPro AC adapter. 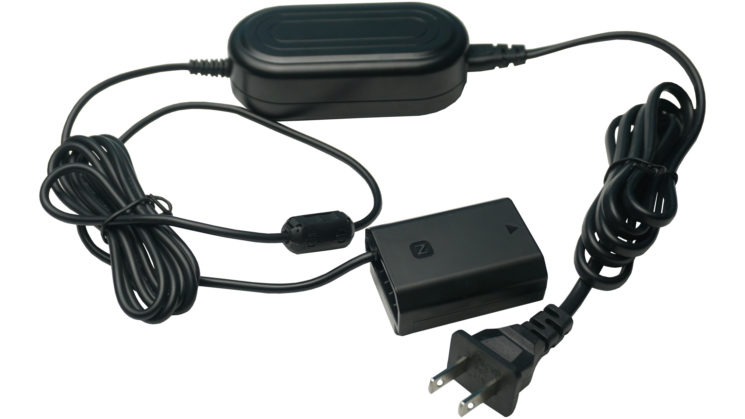 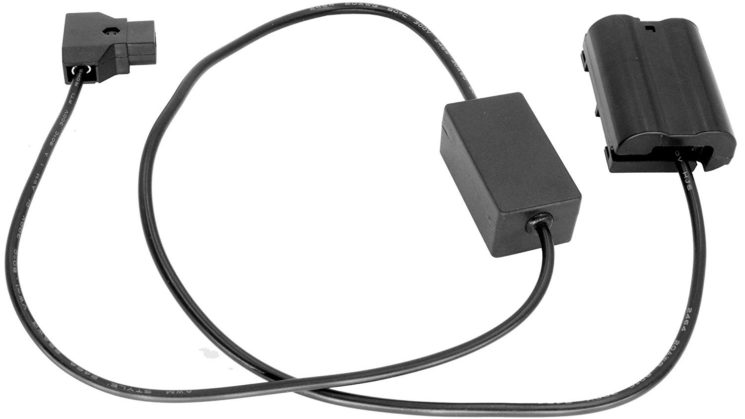 For shooting on locations where you don’t have AC power, other options exist which last much longer than the in-camera batteries. Typically found on much larger cinema cameras, there are V-Mount batteries. When you look at your typical DSLR battery like the Nikon EN-EL15, which offers 1900mAh at 7.4v, that’s 14.25 Watt-hours. Most V-mount batteries start at around 90Wh (around 6.3x the capacity of an EN-EL15), and can go up to 160Wh (10.5x) or more.

To power regular cameras from these, V-Mount batteries contain something called a D-Tap socket. This socket put out various voltages depending on the type of device you’re plugging into them. In the case of most DSLRs & mirrorless cameras, that’s 7.4v. A simple dummy battery adapter cable lets you plug into V-Mount batteries for much longer power on location.

These allow you to plug in two of your regular camera batteries through a single socket. When one battery is running low, you can just swap it out while the other one takes over. It’s a similar sort of principle to using a battery grip to extend your battery life. When one’s runs low or runs out completely, the other one takes over, allowing you to swap out the depleted battery for a freshly charged one without interruption. 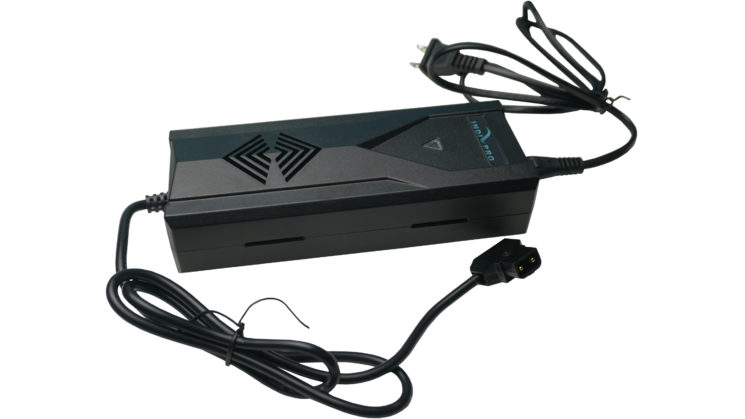 One of the problems Jay mentions in the video is that these larger batteries can take a long time to charge. This is why I like my RC lipo batteries for this kind of thing. Using the Turnigy Accucel charger, I can go from flat to full on these batteries in around an hour. So even if one goes flat, it’s charged up again before the next one runs out.

Jay mentions a few other power options in the video, and there are plenty more out there that he doesn’t discuss. Sony NP-F style batteries, for example, are common for LED lights and camera monitors, and have recently become more viable for powering cameras themselves. They were originally designed for video cameras, but now there are a number of adapter plates and other devices out there to let you use them with DSLRs and mirrorless cameras.

One such adapter is The Power Junkie. This allows you to power just about any camera from an NP-F battery. NP-F batteries are higher capacity than your typical DSLR or mirrorless battery. Of course, they’re not quite as powerful as huge V-Mount batteries. But they’re also much less expensive than V-Mount batteries, and very versatile, due to the number of products that use them natively.

Then you’ve got the Tether Tools Case Relay, which allows you to power your cameras and other devices from USB power banks. We use this system ourselves at DIYP when we cover trade shows. A 20,000mAh Anker USB battery lets us power a camera for an entire day with ease.

So, no matter what your power needss, chances are there’s another alternative out there that will work better for you than the standard, native internal batteries.

« Sony launches HX99 and HX95, the smallest compact cameras yet with 720 mm zoom
Tom Byrd is a professional divorce photographer »