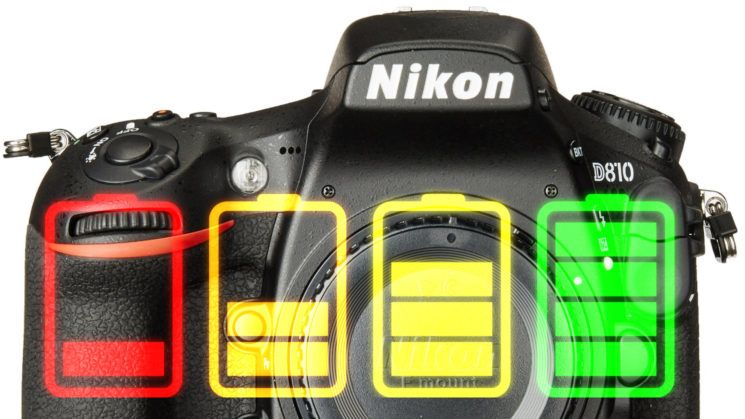 With the number of extra gadgets and doohickies built into our cameras these days, battery life is diminishing. Larger sensors, faster processors, more memory, built in WiFi, Bluetooth and GPS all drain our batteries faster than they used to. Keeping spare batteries on you is always a good idea when you’re out with your camera. Even with spare batteries, though, a long day or vacation without electricity can easily drain them all.

So, what can we do? This video from SLR Lounge talks about 7 different ways we can bring our camera’s energy consumption down. For a short day out, or a quick project, most of these probably wouldn’t even occur to us. But some seem surprisingly obvious.

Sony cameras feature an actual “Airplane Mode”, just like in our phones. This instantly disables a bunch of features, such as WiFi, Bluetooth and GPS, which can drain a lot of juice. For most manufacturers, you’ll have to sift through menus manually turning things off. It might be a good idea to add some of these options to your “Favourites” menu, if your camera offers one.

This is one I tend to do anyway. I wouldn’t say that I dislike VR, it can be extremely handy, but most of the time I tend to shoot with it turned off anyway. I only really turn it on when I feel I need it. But, if you habitually keep it turned on, then turning it off will save some power. It’ll also force you to improve your handholding technique.

This one isn’t necessarily a problem, unless you follow the other suggestion down below of turning your camera off when not actively shooting. I and many other portrait photographers I know instinctively just flick the switch and turn off the camera after shooting a quick burst. We turn to talk to our subjects, get ready to go back to shooting, and then just turn it back on again. It’s just a habit many portrait shooters have gotten into.

Each time you turn your camera on and off, your camera’s adding extra load on the battery to do the automatic sensor cleaning. If you’re turning it off and on a few dozen times during a shoot, this can add up, and you’re not likely to get much dust in there on most shoots, especially if you’re not changing lenses.

This one’s obvious. LCDs take up a fair amount of power, and the longer they’re on, the more power they use. Duh! This is why many camera batteries don’t last that long while shooting video. As well as actually looking at the scene, they have to keep the LCD on to display it. This may be a good argument for buying that external field monitor or recorder you always wanted. But, remember you’ll need a battery for that, too.

Turn your LCD brightness down

Even if you turn off the image review, our LCDs are constantly popping up as we sift through menus and browse what we’ve shot. Turning down the brightness of the LCD won’t make as much difference as not using it at all, but it will definitely make a big dent.

Turn off your camera when not shooting

My experience with this has been the opposite of those mentioned in the video. I found that with my pair of D100 bodies (released in 2002), it didn’t really matter whether the camera’s power switch was set to on or off. It basically lasted about the same amount of time, either way. Of course, if you leave your camera on in your bag, something could easily half-press the shutter waking up your metering system. That will drain your battery.

With more modern cameras, however, while they have become more efficient, they also contain more things to drain on your battery. If you don’t completely disable all your WiFi/Bluetooth/GPS features above, turning the camera off will definitely stop these from drawing power for a while.

This is another one that seems obvious. Old batteries just don’t last as long. If you care for them, sure, they’ll last a while. But, if one suddenly becomes noticeable shorter in life, replace it. Otherwise, each time you go out, your time will get shorter and shorter. Keep checking your “battery health” on your camera when it gets lot to spot potential problem batteries early. 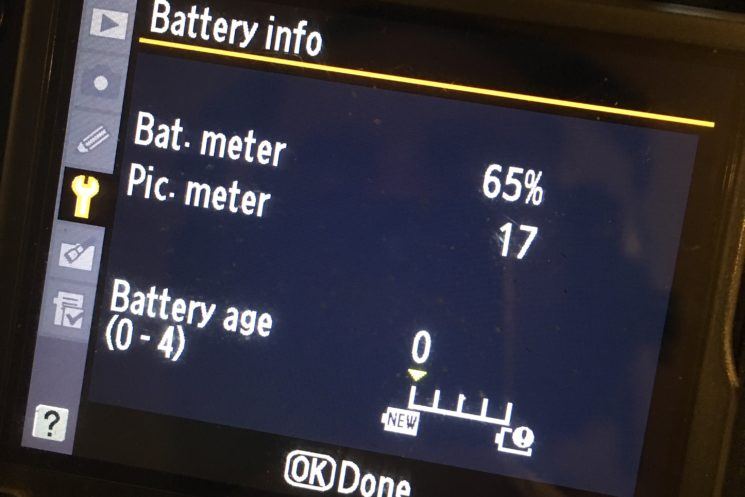 One other tip, which I still see many people doing. Disable your popup flash. The vast majority of the time you’re not going to need it. There are also a lot of times on some cameras where it thinks you need it but you don’t. Night time photography shooting fireworks or the moon, for example. So, whatever you need to do to not have your camera needlessly waste power on the popup flash, do it.

Depending on what you’re shooting, I’d also suggest possibly disabling the AF illuminator. Basically, when the camera thinks the scene is too dark, it will shine a small light at your subject so it can focus. This can be annoying to your subject as well as eat battery power. If you’re really struggling to nail focus, then sure, but unless you really need it, I’d say keep it off.

Avoiding liveview and the LCD in general might be difficult for mirrorless shooters. Of course, no matter what you shoot, it always pays to take more spare batteries than you think you’ll need.

What do you do to prolong battery life on a shoot? Do your shoots last long enough that you need to worry about it? Have you invested in a system like the Tether Tools Case Relay? What other tips do you have to help photographers maximise their battery life? How many spares do you take on a shoot? Let us know in the comments.