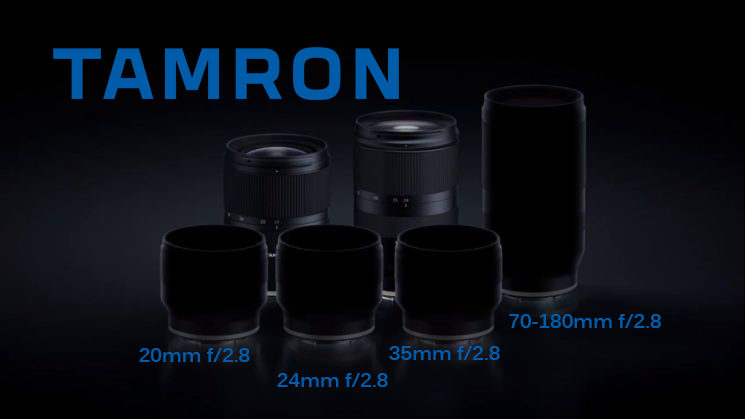 Not long ago, Tamron teased four new lenses for Sony FE, but without giving us too much detail of what exactly to expect. But now we have more information about the upcoming lenses: three new primes and one zoom are on the way.

According to Sony Alpha Rumors, Tamron is launching the following lenses for Sony FE:

All four lenses will reportedly be relatively compact in size, are still have excellent image quality. Judging from other photographers’ experience and a bit of my own, good image quality is definitely what I’d expect from Tamron. However, it’s a shame that the prime lenses will feature the maximum aperture of only f/2.8. But on the plus side, it could mean an affordable price.

We’re still to learn more about the specs and the prices of all four lenses, but it looks like we won’t wait much longer. Tamron announces that the lenses will be officially revealed in October, so we’ll share more information as soon as we know them.