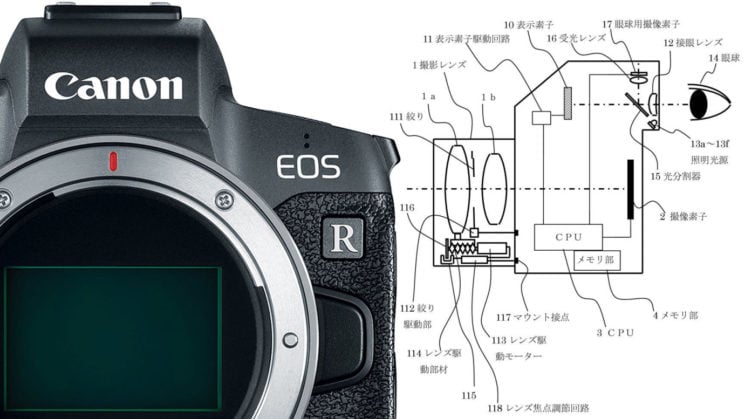 Way back when, before DSLRs, Canon had the EOS 5 (that’s the A2E to those in the USA). It was a pretty decent camera. My dad owned one. But one of the things it did which no other camera on the market could do, was eye-controlled autofocus. This wasn’t like the Eye AF we get today where the camera focuses on your subject’s eye. No, this was where the photographer used their eye to look at what they wanted the camera to focus on.

It was only ever used in a small handful of Canon’s 35mm SLRs before the idea seemed to be abandoned. But now, it looks like Canon might be reintroducing the system. Canon recently filed a patent (Japanese patent #2019-129461) for a very similar system so the folks at DPReview decided to do a little look back on the system and what it might mean for the future.

The main reason the eye control didn’t take off was that it just wasn’t very good. It basically had two modes of operation. Either flawless or complete failure. Certain eye shapes and dark iris colours wouldn’t work. Thick eyelashes would cause it to not work. And if you wore glasses, you can pretty much forget about it.

But now that the world is switching from optical prism cameras and towards fully electronic viewfinders and imaging, it looks like Canon thinks it’s time to revisit this particular technology. With the kind of image processing capability we have now and the power of modern electronics chips, today’s cameras might now finally be able to live up to the hype of the 1990s eye-controlled autofocus.

It’s definitely an intriguing concept. It always was. I think it could be very useful to more run & gun situations where you really don’t want to have to think about what you’re focusing on, but if it turns out to be a capable enough system, then maybe it can handle more advanced tasks, too.

Of course, it’s just a patent. There are no guarantees Canon will ever actually place it into a camera. The patent might simply exist to stop their competitors doing it. It wouldn’t be the first time a company has done something like that.