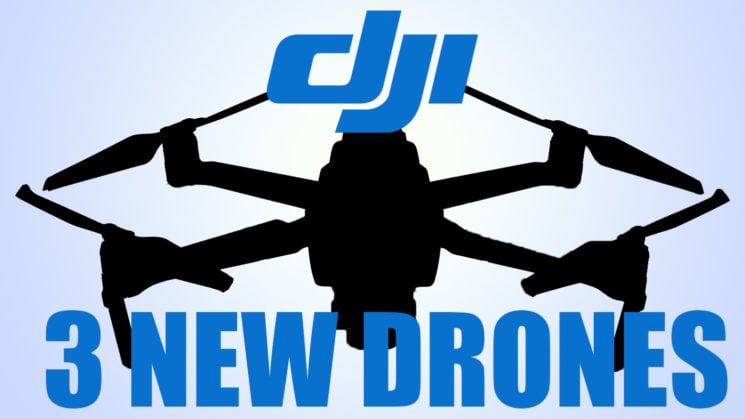 Looks like Canon isn’t the only one on fire when it comes to announcing new gear in 2020 (at least judging from the rumors). After a long break, it seems that we’ll see as many as three new drones from DJI this year. And according to the reports, the first one could hit the market in February.

Back in October 2019, there already were some rumors about the new DJI drones. They predicted the Mavic Mini for later that month – and they turned out to be true. The same report also predicted the Mavic 3 for January this year, but it looks like we’ll have to wait a little longer, judging from the new report. It’s not said exactly how long, but it appears that the long-awaited Mavic 3 Mini isn’t coming this or the following month.

However, a drone we could see soon enough is the DJI Matrice 300. According to Digital Camera World, it will be launched in February 2020. So, I guess there will be a few more leaks ahead of the announcement.

The third drone reportedly coming this year is then DJI Mavic Air 2. The report says that it might be “DJI’s first new consumer drone with ADS-B to be launched in 2020.” Drone DJ writes about the specs we could expect from the Mavic Air 2:

DJI seems to have started off the year quite nicely considering that it brought back the Phantom 4 Pro a year after discontinuing it. If the latest rumors are true, it looks like the company will have a lot more to offer over the course of 2020. But I guess we’ll know a lot more over the next couple of weeks.

« Take a look inside the van of photographer who lives on the road 24/7
Laowa ‘leaks’ a 9.5mm ultra wide angle rectilinear lens »