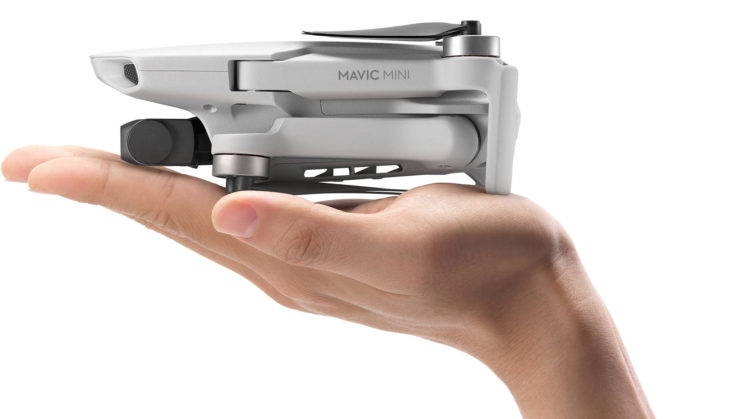 There have been rumours about the DJI Mavic Mini for a little while now and at least one of them appears to have been correct. DJI has today officially announced the new DJI Mavic Mini, a 249g gimbal that shoots 2.7K video from a camera mounted to a 3-axis gimbal and has a flight time of up to 30 minutes.

The DJI Mavic Mini appears to essentially be a DJI Spark successor. The DJI Spark is now showing as discontinued on various websites and isn’t even for sale on DJI’s own store anymore. But it’s ok, because the DJI Mavic Mini is substantially cheaper than the Spark was and it looks like a much more capable system.

The DJI Mavic Mini, from looking at the video above, is essentially a “fun” drone. It’s DJI’s new entry-level, and it’s basically what many people expected the DJI Spark to be when that one was announced two and a half years ago. It’s a folding design like the larger Mavics, but it folds up extremely tiny, not much bigger in footprint than your average smartphone. Although, obviously, quite a bit thicker. It still looks plenty small enough that it should fit into many pockets, though.

The 249g weight is particularly important as it puts it just under the threshold for registration in many parts of the world. For example, in the USA and Canada, you can fly the Mavic Mini without the need to register it with the government. The Japanese version of the Mavic Mini weighs 199g for the same reason.

While it’s not got the 4K resolution that some rumours suggested, it does house a camera capable of shooting 2.7K. Given that this isn’t exactly supposed to be a high-end filming drone, 2.7K is plenty enough resolution to give you some freedom for stabilising and reframing shots when creating 1080p video projects. And now it’s on a full 3-axis gimbal, too. 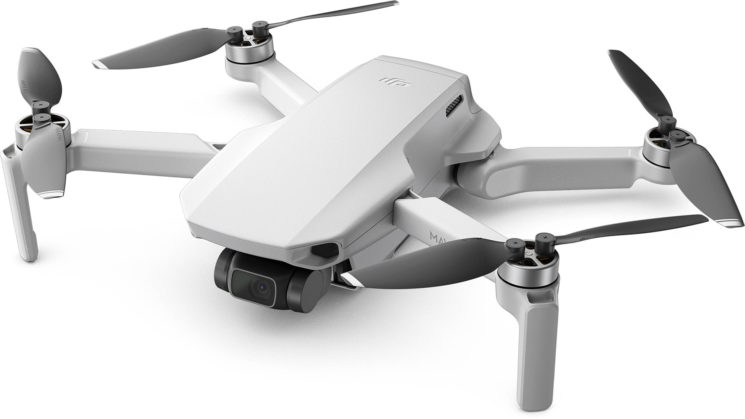 The rumours were pretty spot on with the price, though, with the base package coming in at $399. And for that price, you actually get the controller included. Even now, two and a half years after it’s release, the Spark is still around $570 on Amazon with the controller. Even the Mavic Mini Fly More Combo, only costs $499 and it comes with a case, a bunch of extra batteries and props, as well as prop guards and other bits.

So, here are all the important specs…

30 minutes flight time with 2.7K resolution on a 3-axis gimbal is pretty impressive, especially with the extra couple of batteries in the fly more combo pack giving you a total of up to an hour and a half. That should be more than plenty for most days away with the family, or venturing out into the wilderness.

The 40Mbps bitrate isn’t very high, but it is only 2.7K footage. If it were 4K at 40Mbps, that would suck, but at 2.7K, it’s not that terrible. It would be nice if it were a little higher, though. For storage, it writes to a microSD card, and DJI has options to add a 64GB or 128GB SanDisk Extreme to the package if you wish.

The DJI Mavic Mini contains all of the QuickShot modes we’ve come to know and love, like Drone, Circle, Helix and Rocket. Oddly, though, there’s no mention of ActiveTrack or any other kind of tracking on the DJI website. So, you may not be able to have it just follow you while you go on about your activity, which would be very disappointing.

« Mario Balotelli rages out, destroying a photographer’s camera after being benched mid-game
This app lets you use Aperture and iPhoto with your Mac if you’ve upgraded to Catalina »