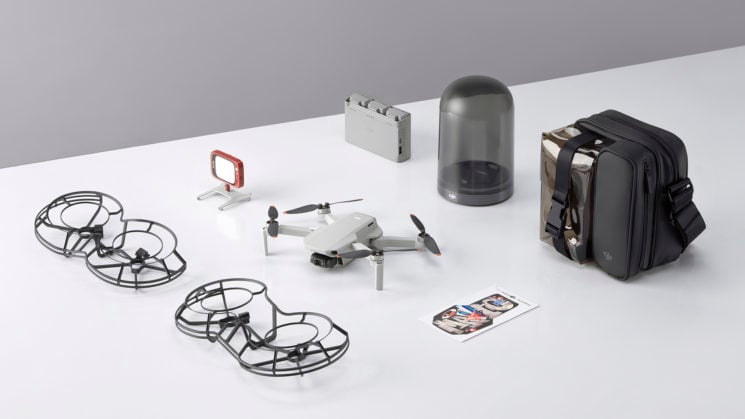 DJI has announced the update to last year’s Mavic Mini, which addresses a number of complaints users had about the original while retaining its most valuable features. The DJI Mavic Mini 2 is the same size, it still weighs less than the 250g limit imposed in many countries before registration is required, and aside from the name printed on it, it looks virtually identical to its predecessor.

But what has changed are its video capabilities, which now offer 4K recording at up to 30 frames per second. It also uses OcuSync 2.0 for image transmission with better dual-band support and interference resistance for up to 10km transmission. It also has faster motors and an extra minute of battery life, although there’s still no obstacle avoidance.

The Mavic Mini 2 looks very much like the original, except for the “2” printed on it at the end of “Mini”. Internally, though, it’s had a bit of a bump in features. It now shoots 4K 30fps video at 100Mbps, which is a significant increase over the 2.7K 40Mbps video the original shoots. Of course, if you’re creating lower resolution content, you can still shoot 2.7K if you wish or 1080p at up to 60 frames per second.

Despite the increase in resolution, the sensor, however, appears to be the same – or at least the same overall resolution sensor.  And it’s still the same type of gimbal, so you’re not going to get that silky smooth stabilised footage you can get with the Mavic Air 2 or Mavic 2 models. Still the lack of 4K video was one of the biggest issues that a lot of users had with the original, so it’s nice to see it’s been overcome.

DJI says that the motors on the new Mavic Mini 2 have been upgraded to offer faster acceleration and boosting the top speed from 29mph up to 35.8mph while managing to provide an extra minute of battery life, coming in at up to 31-minutes. The increased motors also mean it should be able to withstand winds that are somewhat stronger than the original, boasting resistance against winds of up to 24mph, vs the 18mph of the original Mavic Mini.

Finally, to take advantage of those motors that let you fly faster and further, there’s much beefier WiFi. It sees the whole system upgraded from the basic WiFi system of the original to OcuSync 2.0. It’s a dual-band WiFi system, which allows the Mavic Mini 2 to transmit much further than the original (another massive complaint). DJI says that the Mavic Mini 2 can actually transmit at up to 10 kilometres unobstructed and OcuSync 2.0 also features automatic frequency shifting to make it more resistant to interference. 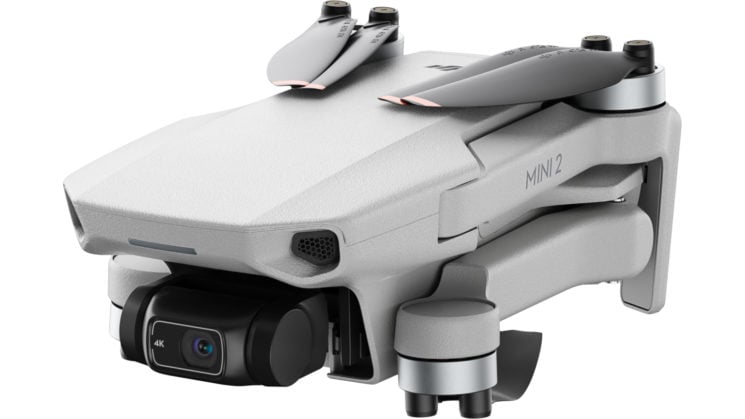 It’s still not quite on the level of the Mavic Air in many ways (even the original Mavic Air), but the Mini 2 looks like it’s been upgraded enough over the Mini to finally be worth considering for many users where the original was immediately eliminated from shopping lists due to its resolution and transmission range.

The DJI Mavic Mini 2 is available to buy now for $449 including 1 battery, controller, cables and an extra set of props. Or you can buy it as a fly-more combo for $599 which includes everything in the base package plus two extra batteries, a charging hub, and carrying case.