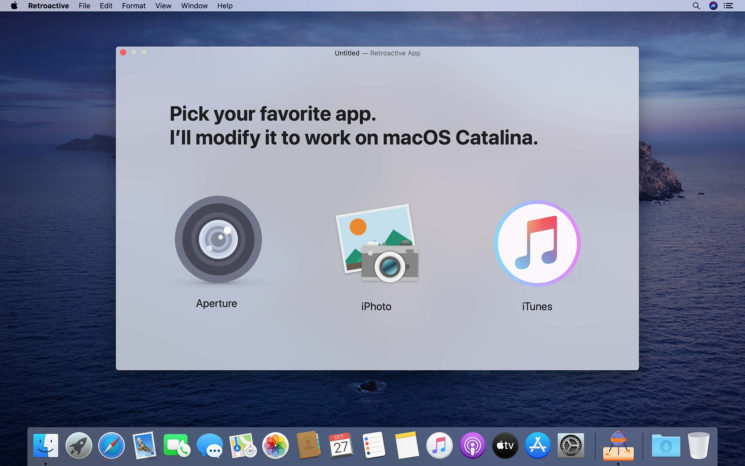 Although Apple’s Aperture photo editing software has been pretty much unsupported and dead since 2014, there are still people who still choose to use it. Forcing peoples hands, though, Apple pretty much put the final nail in the coffin with the latest macOS Catalina by refusing to even run it. Catalina also made it no longer possible to use iPhoto app (also discontinued).

The reason for their final demise was that Catalina is now a 100% 64-Bit OS, although those are 32-Bit apps. Now, though, programmer Tyshawn Cormier has pulled out the claw hammer and removed that nail with a new app called Retroactive that lets you use both of these applications under the Catalina operating system.

Full instructions on how to use Retroactive to install Aperture and iPhoto (and iTunes if you really must) are on the Retroactive GitHub page. The process is pretty simple, though.

On running the software, Retroactive scans your system to locate an existing Aperture, iPhoto or iTunes install. If it finds it, you just need to authenticate into your system, and Retroactive does its thing. This can take from a few minutes up to an hour, so be patient.

If it doesn’t find it, you’ll be prompted to download it from the purchased list on the App Store, restore it from a Time Machine backup, or AirDrop it from another Mac that already has it installed. 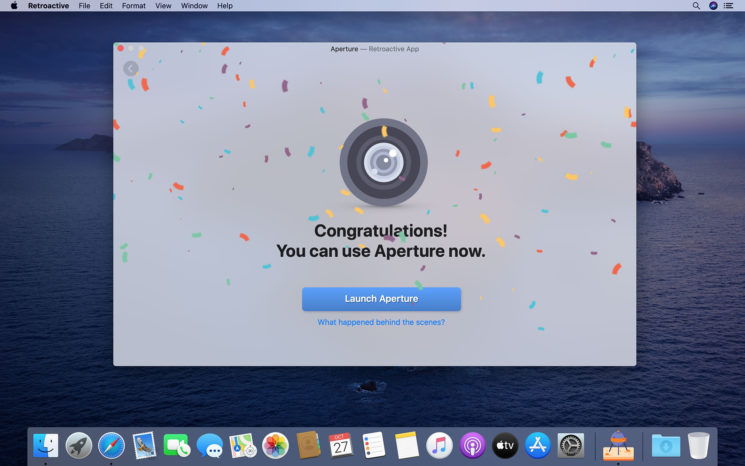 There are a few known issues. Neither Aperture nor iPhoto can play videos or export slideshows when running under Catalina. Overall, though, other than that, it should work pretty much as it always has.

So, if you’re one of those Aperture or iPhoto addicts that just can’t bear to let go and want to upgrade to Cataline, well, now you don’t really have an excuse not to.

Download and see full instructions on installing Retroactive on GitHub.

« The DJI Mavic Mini is official – It weighs 249g, shoots 2.7K video and has 30min flight time
The things that Canon told and didn’t tell us about the Canon 1Dx Mark III at Photo Plus 2019 »