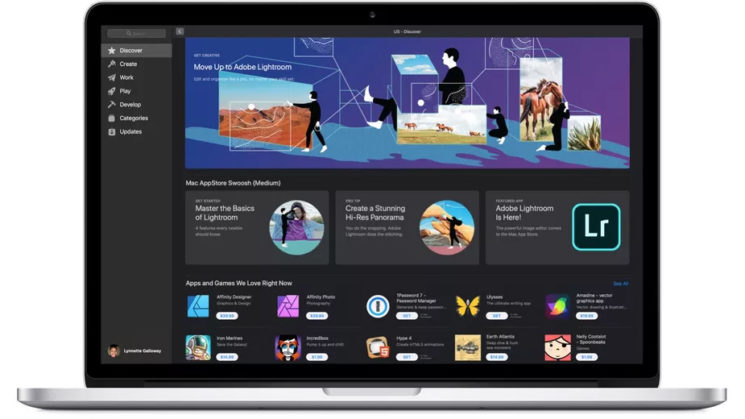 Apple has been pushing for more developers to move their apps onto the App Store, rather than having their own individual platforms. It’s been more of a challenge than with iOS as the Mac has been around for much longer than the App Store. Many long-time users just prefer the old way of doing things. For others, though, it’s a pain. Shifting over to the App Store will be a welcome change for some users.

The App Store version of Lightroom is the “new” version of Lightroom, previously known as Lightroom CC. It’s free to download and use for a week, and then it’s a $9.99/mo subscription through Apple’s purchasing system or annually for $118.99, which includes 1TB of cloud storage.

The App Store did offer Lightroom in the past, way back with Lightroom 4 priced at $149.99. That was a perpetual license before Adobe switched to the Creative Cloud subscription model. Microsoft, too, has jumped onto Apple’s Mac App Store, too, by adding its Office applications earlier this year, which is now also another subscription service.

If you’re not already a Lightroom user, head on over to the Mac App Store to check it out. You can still use the Adobe CC installer if you prefer, at the same price.

Create timelapses easily from directly within Lightroom with Timelapse+ Studio