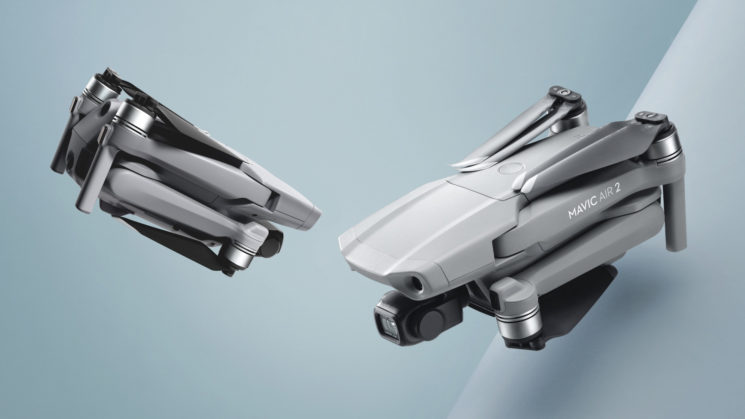 After a few months of rumours, leaks and speculation, DJI has now officially announced the DJI Mavic Air 2, and it has a few pretty significant upgrades over its predecessor. It boasts a 48-megapixel camera capable of shooting 8K timelapse, 4K video at up to 60 frames per second, HDR video, and a very impressive 34-minute flight time.

The Mavic Air 2 seems to have all grown up in its latest iteration, seeing a Mavic 2-inspired design, looking a lot less like a toy than the original. Along with the new design is a standard grey colour scheme, rather than the array of bright colours available on the original.

Aside from the obvious difference in appearance, one of the biggest changes with the DJI Mavic Air 2 is the camera. The original Mavic Air had a 12-megapixel 1/2.3″ sensor capable of shooting 4K 30fps video. The Mavic Air 2 houses a slightly larger 48-megapixel 1/2″ sensor that can shoot 4K video at up to 60 frames per second.

To do so, it uses a similar sort of Quad-Bayer system found on many of today’s smartphones, combining multiple pixels into one in order to help reduce noise and improve overall image quality. A new SmartPhoto algorithm also allows the Mavic Air 2  to produce better low light photographs, advanced HDR and automatic scene detection and adjustment. The DJI Mavic Air 2 can also shoot HDR video, as well as 1080p slow motion at up to 240 frames per second.

The camera can utilise also the entire sensor, though, with DJI boasting 8K resolution hyperlapse. Exactly how good this will look is something we’ll probably have to wait for reviews on, but it sounds quite promising. Even if it’s not amazing, scaling down to 4K or 1080p in post is going to offer a lot of improvement during the edit, and it should allow you to simulate that dolly-zoom look quite easily.

As the leaks suggested, the Mavic Air 2 comes with a larger battery than the Mavic Air, which increases the flight time to up to 34-minutes. And thanks to OcuSync 2.0, you’re now able to control the drone up to a very impressive 10km (6.2 miles) away. Of course, with the “line of sight” regulations in many countries, it’s unlikely that many will actually be able to take advantage of this range – legally anyway.

As also mentioned in the leaks, there are no top sensors, although there are front, rear and bottom obstacle avoidance and depth sensors, to help more accurately detect how far it is from the ground. Advanced Pilot Assistance Systems (APAS) 3.0 also allows the drone to automatically adjust its path to fly around obstacles instead of just stopping dead. Handy if you want to do a flyby through trees or around rocks. 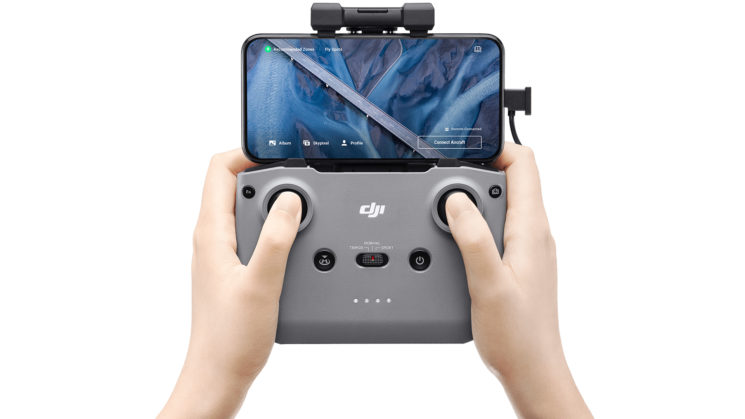 The Mavic Air 2 does come in somewhat heavier than the original, at 570g vs the Mavic Air’s 430g. It’s slightly larger, too, at 180 x 97 x 84mm folded (the Mavic Air is 168 x 83 x 49 mm folded), but it should still fit in your pocket relatively easily. The controller might be an issue, though. It’s significantly larger than that of the Mavic Air, although the phone placement within the controller is much more useful and intuitive.

Overall, the Mavic Air 2 looks to be a worthy successor to the Mavic Air, and DJI is releasing it at the same price point, too. The Mavic Air 2 goes on sale today in China and as a result of the COVID-19 pandemic, the rest of the world are taking pre-orders with an expected ship time of mid-May.

The DJI Mavic Air 2 standard package, which includes the Mavic Air 2, one battery, the controller and all required cables is available to pre-order now for $799. The Fly More package includes the above as well as a shoulder bag, ND filters, charging hub and three batteries and is also available to pre-order now for $988. As mentioned, pre-orders are expected to start shipping in mid-May.

« This gorgeous flower bloom timelapse took over a year to make from nearly 40,000 photographs
How to make an epic animated cinemagraph while stuck indoors »