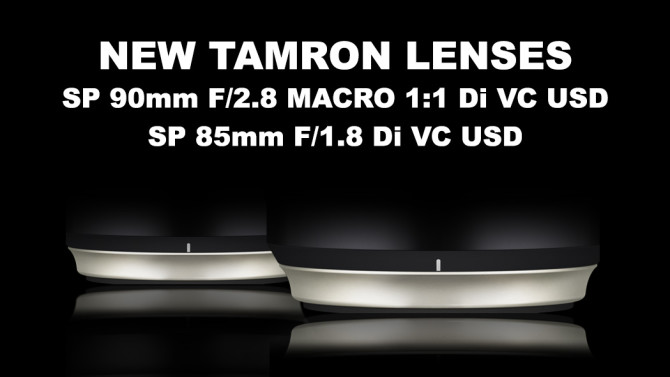 The lens leaks and announcements are coming through thick and fast at the moment, aren’t they?

You might’ve noticed Tamron’s teaser image floating around lately suggesting that some new lenses might be coming, but now Tamron officially joins Sigma, Sony, Samyang, SLR Magic, Canon, and others launching new glass in 2016 with the announcement of two new lenses. 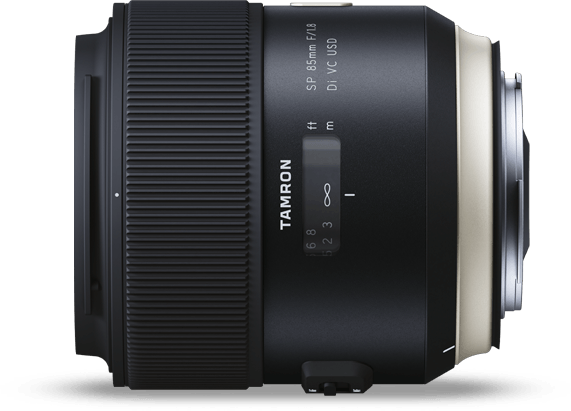 We also seem to be in the middle of the season for photography firsts, too, as Tamron describe their new SP 85mm f/1.8 Di VC USD as “the world’s first fast-aperture lens with VC (Vibration Compensation)”. 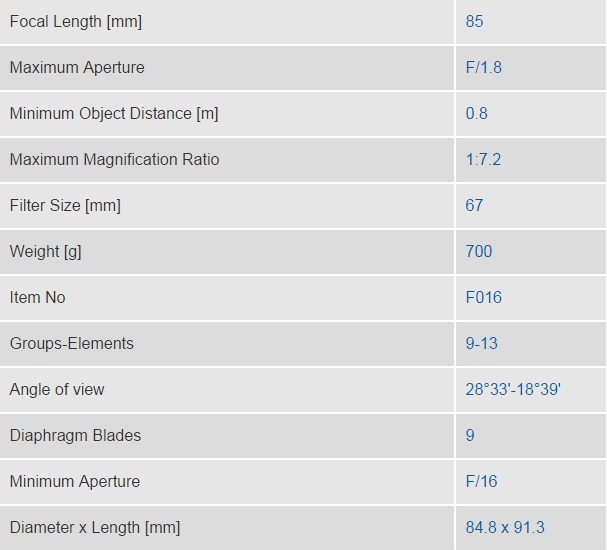 As well as adding VC, Tamron have developed this new lens with Moisture-Resistant Construction and a highly durable Fluorine Coating has been applied to the surface of the top lens element. All this to prevent the intrusion of moisture, condensation build-up and to repel smudge-causing substances.

Canon and Nikon models will be launched simultaneously on March 24th, 2016. The Sony mount version will be announced at a later date. No prices have currently been announced. 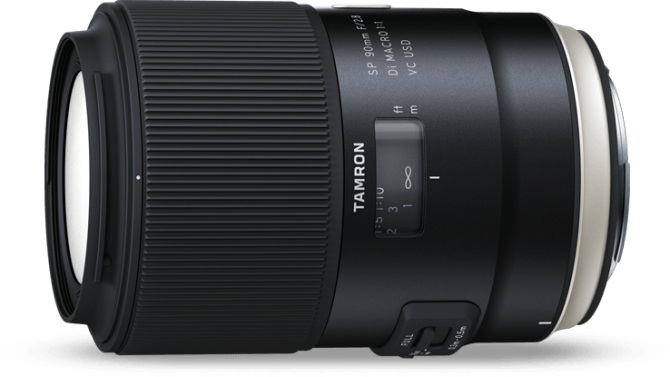 Tamron have also announced an update to their very popular and long trusted macro lens with the SP 90mm f/2.8 Macro 1:1 Di VC USD.  While inheriting many of the traits of its predecessors, this iteration sees some rather nice improvements.

The VC functionality has been reinforced by XY-Shift compensation, making handheld shots even easier throughout the focus range, and the near silent USD focusing system has also been improved to provide for greater focusing speed.

Moisture-Proof and Dust-Resistant Construction has been added to prevent the intrusion of dust and moisture, and the Fluorine Coating mentioned above has also been applied to the top element surface of this lens to aid in stopping condensation build up and smudges. 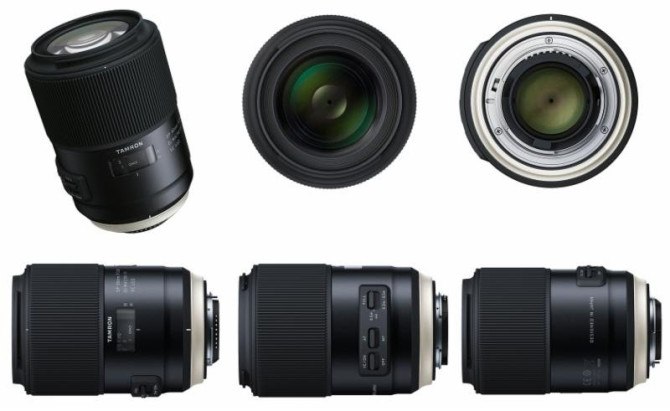 Canon and Nikon models will be launched simultaneously on February 25th, 2016. The Sony mount version will be announced at a later date.  No prices have currently been announced.

The Sony model does not include VC, since the bodies of Sony DSLR cameras include built-in image stabilization functionality.  The name of the Sony mount model is “SP 90mm F/2.8 Di MACRO 1:1 USD” without the VC designation. 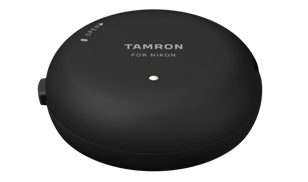 For the first time, this allows customers to update the firmware and customize various lens functions to meet their needs simply by attaching the console and running the Tamron TAP-in Utility software.

Features that can be customized via the software include focus adjustment, and for lenses that support these features, focus distance limiter customization, full-time manual focus override customization, and VC adjustments.

It appears that you will also be able to save customized data files where you can store these settings and easily switch between them without having to dive into specific settings each time you want to change a bunch of settings at once. 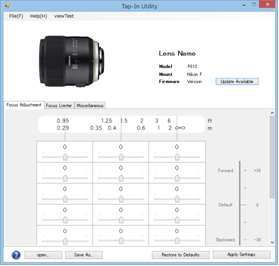 A firmware updating service for the SP35mm f/1.8 and SP45mm f/1.8 will be announced soon by Tamron, authorized distributors and/or service facilities nearer the time of the launch of that service.

The TAP-in Console™ is expected to be available in March, and the price will be announced soon.

« Kirby Jenner Got Cropped Out Of Too Many Celebrity Photos: An Interview
Samsung Enters the 360 Degree Camera Market With the Samsung Gear 360. Mark Zuckerberg Supports »