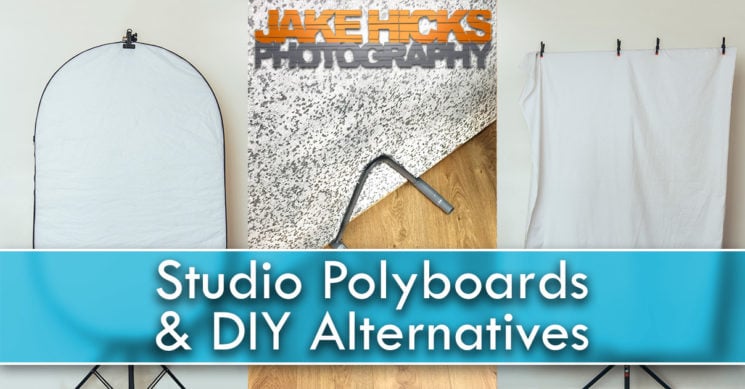 Nearly every professional studio I’ve ever used has these ‘polyboards’ and you‘ve probably even seen them yourself but may not have known what they’re used for. Polyboards are polystyrene boards that usually measure 4 feet wide by 8 feet high and are normally 2 inches thick.

One of the other defining characteristics is that they are often white on one side and black on the other. This dual colour is very important as this gives them two key uses.

The black side is used for the opposite reason, to reduce the bounce of light. In certain situations in a big white studio, your lighting can bounce around and result in the lighting on the model looking quite flat and uninteresting. By placing black polybords either side of your subject can help sculpt shape and form by adding shadows where there was none before.

Using polyboards, whether that be in a studio or on location, can be a great way to control your lighting. Here I’m using the black sides of the polyboards to create shadow on the side of the models face when using a softer light source.

For your reference, ‘polyboards’ can be purchased under the name of polystyrene sheets from DIY stores under the insulation section. An 8 foot by 4 foot board is 2400mm by 1200mm. You also want to watch out for the thickness. We’ll be using them for a purpose that they aren’t intended for so you need to purchase a thickness that is substantial enough to hold it’s own weight when upright. I recommend a 2 inch thick sheet and that translates to 50mm. Here’s a link to a £15.99 sheet in U.K. store called Wickes 50mm General Purpose Polystyrene 1200 x 2400mm

In the U.S. you’ll probably find a very similar product in your hardware stores and again under the term insulation rather than simply polystyrene.

Polyboards are primarily used in the construction industry for insulation, as a result they’re relatively cheap to buy. When you buy them, they normally arrive bright white on both sides so the first step is to paint one side black. But the biggest issue with them is not painting them but getting them to stand up. Normally this is quite costly as purpose built metal stands need to be purchased. But here’s a far cheaper hack that works perfectly, a simple bike stand. In the above image you’ll see a single bike stand that holds your polyboards upright perfectly and very cheaply. Just make sure it’s at least 2 inches wide and you’re all set.

Here’s a link to the bike stand I’m referring to on Amazon. This one has a confirmed tyre width of 53mm which is perfect to hold your 2 inch polyboards and for less than £1.

But what if you want the benefits of a polyboard but you’re on the move and working on location? Obviously brining a 8 foot by 4 foot sheet of polystyrene is hardly very practical so here’s a mobile alternative. Simply use a large white reflector and attach it to a lightstand via a couple of multi-purpose clamps and brackets. No matter how big or small the job, I always carry around these handy clamps and they come in especially handy here. Simply take your lightstand, put an umbrella bracket at a right angles on top and then attach a spring loaded clamp onto that. This will now hold your reflector firmly in place.

The light stand you’ll probably already have but here’s some links to the other clamps and brackets.

When things get really desperate and you don’t even have a large reflector with you, then a simple white sheet can be utilised to just as good effect. Any white sheet will do and by simply screwing a small crab-clamp atop your lightstand and then getting that in turn to hold a crossbar (any pole or even broom-handle will do), you can then simply clip your sheet to that and you’re ready to shoot.

The white sheet can be anything from a large sheet of white cotton fabric to a simple bed sheet. The clamps and crossbars links can be found below.

I actually own a couple of these heavy duty crossbars by Manfrotto but any pole or even stick will do the same job in this instance.

Pro Tip: Remember that these mobile ‘polyboard’ alternatives can be implemented with the black variations. Most reflectors now come with a black flip-side and that can be clipped in place instead of the white side. Also, if you’re after a black alternative to the white sheet, I recommend black cotton velvet. This fabric soaks up more light than anything else and I will often use this fabric in a studio environment over the black polyboards as it’s so good at reducing bounced light. 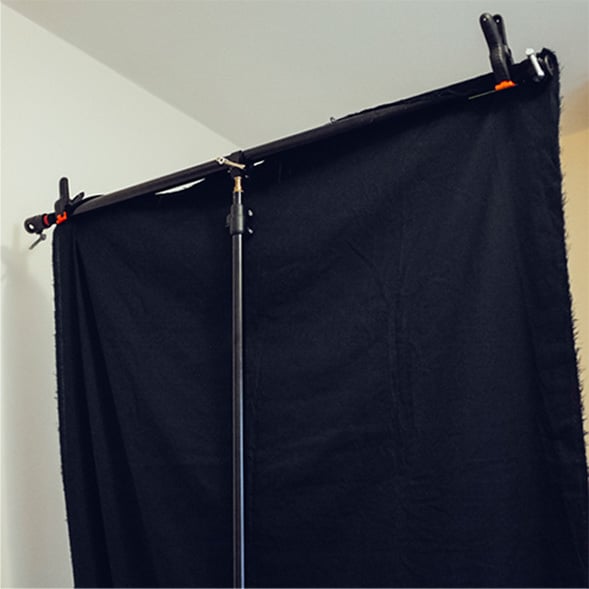 Get your stand to hold black velvet rather than a white sheet when needed. 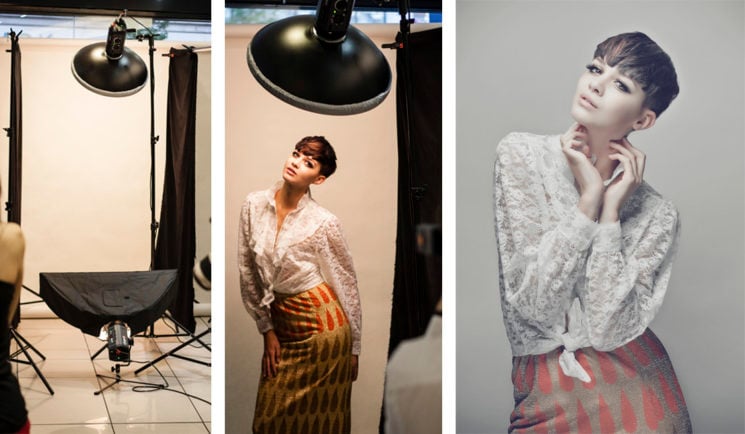 You can see me using the black velvet sheets on stands here in a studio to heavily control the bounce of light. In large white spaces like studios, the light will keep bouncing around the walls, floor and ceiling which can leave your lighting looking flat. You should be able to see here on the final image that there is very soft beautiful light on the models face but there are still strong shadows on the sides of her face to give depth and shape. 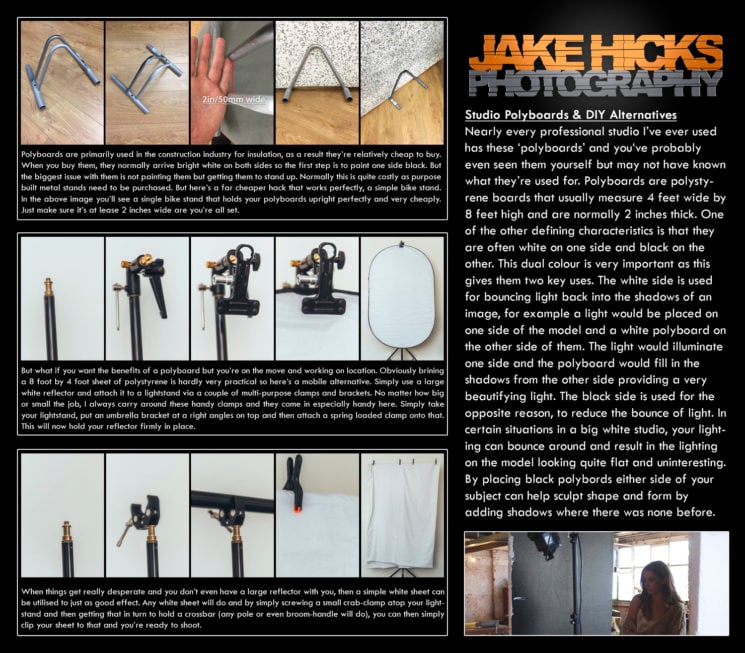 If you guys have any questions then fire away below. If you also have anything to add as your own way of dealing with polyboards or DIY polyboards on the move then I’d definitely love to hear them.