This isn’t a project for the little home studio in your spare bedroom, but if you’re looking to build out a new studio space, this might be just the video for you. When the folks at Syrp moved into new offices a couple of years ago, they wanted to build out a new studio. High on the list for the studio was a cyc wall (also known as a cyclorama, infinity wall, or various other names).

A professional cyclorama can cost tens of thousands of dollars, but the Syrp team decided to build their own. And they did it for less than $2,000. In this video, we get to see how it all went together, from the initial design on the computer to the final result, and the reasons for all of the design decisions made during its construction. 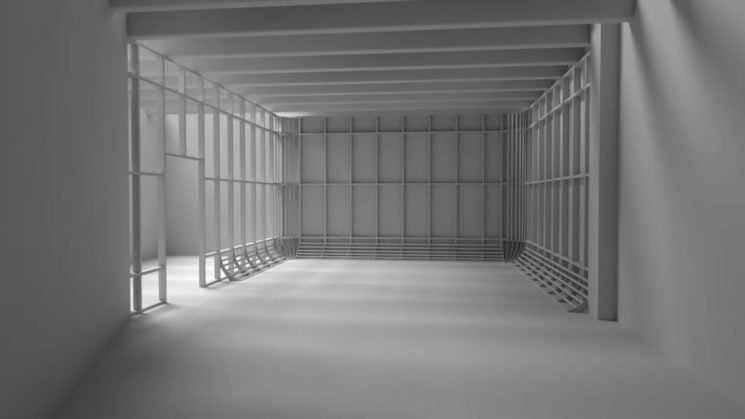 The frame behind the wall which allows the form to come together.

A very simplified overview of the almost-seven-minute video goes a little something like this.

The first part of the process for something like this is the initial design. And you have to plan it out properly. You can’t just buy a bunch of lumber and hope everything fits. There are a lot of precise measurements required and compound curves to deal with that aren’t exactly easy to account for on-the-fly.

Solidworks was the design software of choice for the Syrp guys, which allowed them to not only pre-visualise exactly how everything would go together but also be able to print out plans for cutting out the pieces (or run them through a CNC machine if you have one handy that’s large enough). And they’ve made the plans available to download completely free for anybody else who wants to have a go at building their own. 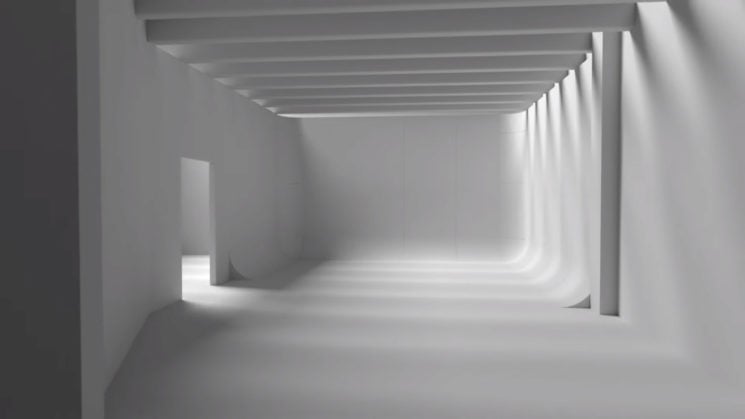 With the frame built, it can be “skinned” easily with MDF, but there are some tricks to help the job go more smoothly. 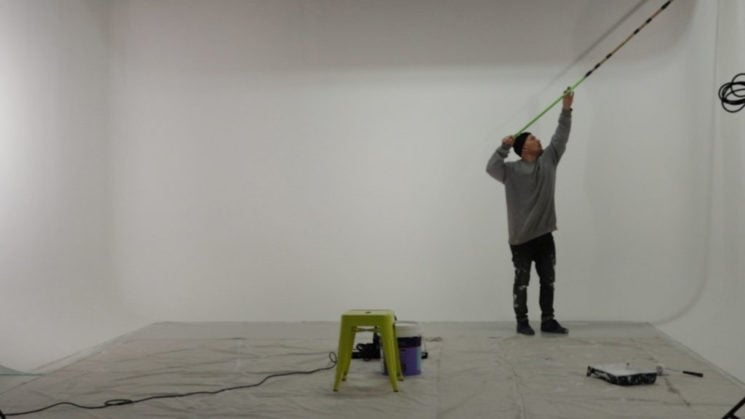 Generally speaking, building a cyclorama isn’t a one-person job, so this might be one to tackle after this whole coronavirus thing is over. But there’s no reason why you can’t start planning for one now and designing it on the computer. And if you don’t have any CAD software, Solidworks has a free option for entrepreneurs and startups, as does Fusion 360 (which is the one I prefer).

As well as the video above, Syrp also posted a blog of the build with some more information, and they’re giving away a Magic Carpet Pro Slider on there, too. So, be sure to head on over and check that out.

A Timelapse Of Building A Huge Cyclorama

Quick Tip: How To Protect A Cyclorama With A Tennis Ball