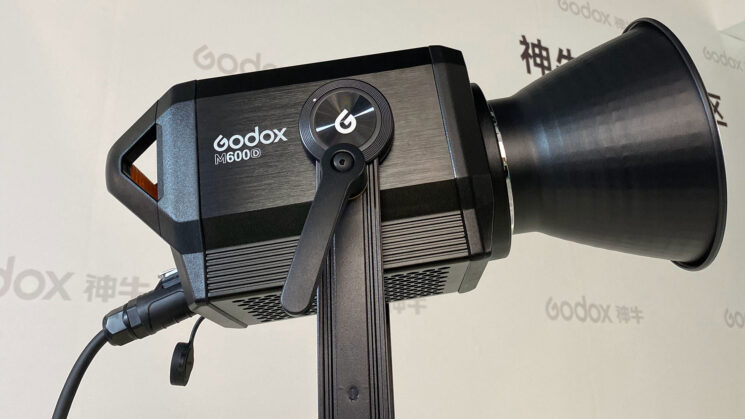 At the P&I Shanghai International Wedding Photographic Equipment Exhibition Godox were showing off some new toys, including a powerful 600 Watt Bowens mount LED light with external ballast. The show was actually in July, although the photos from the show seem to have only just come to light.

The images were posted as part of a series to the website Wakwb, which appears to be some kind of blog or social network based in China. Most of the images show the Godox stand and the usual equipment we’re familiar with, but two of them showed a Godox M600D light and what appears to be an M600D-CL ballast and controller. 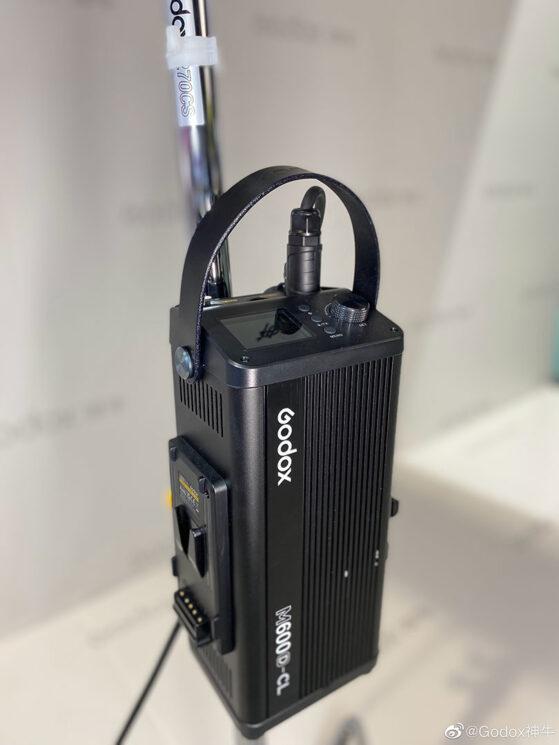 Godox did confirm in the comments below the images do indeed show a 600W LED light, but beyond that, there’s no word on specs or when it might be getting released. I suspect that they might have planned to announce it at the cancelled NAB show that was originally scheduled for earlier this month. It’s possible that they might now be scheduling it for Amsterdam’s IBC show in December.

From what we can see from the photos, though, it that appears to take Bowens mount modifiers – which would make sense as it’s become the de-facto industry standard – and uses an external ballast controller which is powered by at least one V-Mount battery (there might be a slot for a second one on the far side that we can’t see). Presumably, there will also be an AC adapter. I think from the “D” moniker at the end of the name, we can also assume that this is a daylight-balanced LED light and not bicolour.

It will be interesting to see how the quality and consistency stands up once it becomes available, not to mention how it’ll compare in price and features next to something like the $1,890 Aputure Light Storm 600D Pro and $1,299 Nanlite Forza 500.

« This simple camera strap trick helps you get steadier handheld photos and video
Sony teases new camera (Sony A7 IV?) to be announced on October 21st »