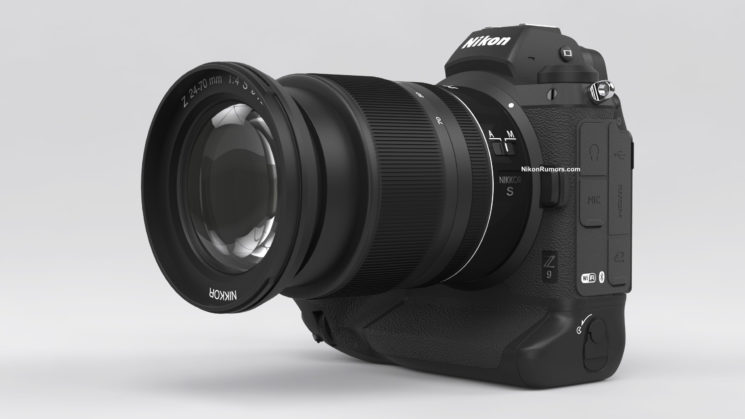 It looks like Nikon might be preparing to announce a new flagship mirrorless camera sooner than expected. And, no, it’s not coming in next week’s announcement. Nikon Rumors is reporting that they’ve received a set of specs for a Nikon Z9 camera from a reliable source, to be announced in autumn 2021.

It would essentially be the mirrorless follow-up to the Nikon D6 released earlier this year. It might seem odd to replace it so soon, but with no other company really having a mirrorless camera at that level yet, the race is most definitely on.

From the specs, this is clearly a pro-level body, which will have a build design similar to that of Nikon’s “full size” DSLRs with a built-in vertical shooting grip – like the Nikon D6.

One thing on the list is quite interesting, and NR points this out, too. The resolution of the sensor is rumoured to be 46-megapixels. Which sounds strange when most of the talk surrounding a potential flagship body release so far has been based around the 60-megapixel sensor rumoured last September. Nikon’s flagship bodies haven’t typically had the highest resolution in the product range, though, tending to focus more on speed.

The description of “a D6 body combined with EOS R5 imaging, α9II AF, and blackout-free EVF” does seem like a very lofty goal and would certainly put everything else on the mirrorless market to shame if they can achieve this goal – assuming the competition doesn’t beat them to the punch.

With Canon expected to announce an EOS R1 flagship at some point, and Sony also expected to release a true pro-level body soon, it will be interesting to see who gets there first and how it stands up both to the flagship DSLRs we’ve become used to as well as the rest of the mirrorless range.

« NASA turns space photos into music, and they sound as amazing as they look
Follow these seven tips to take your fall photography to the next level »